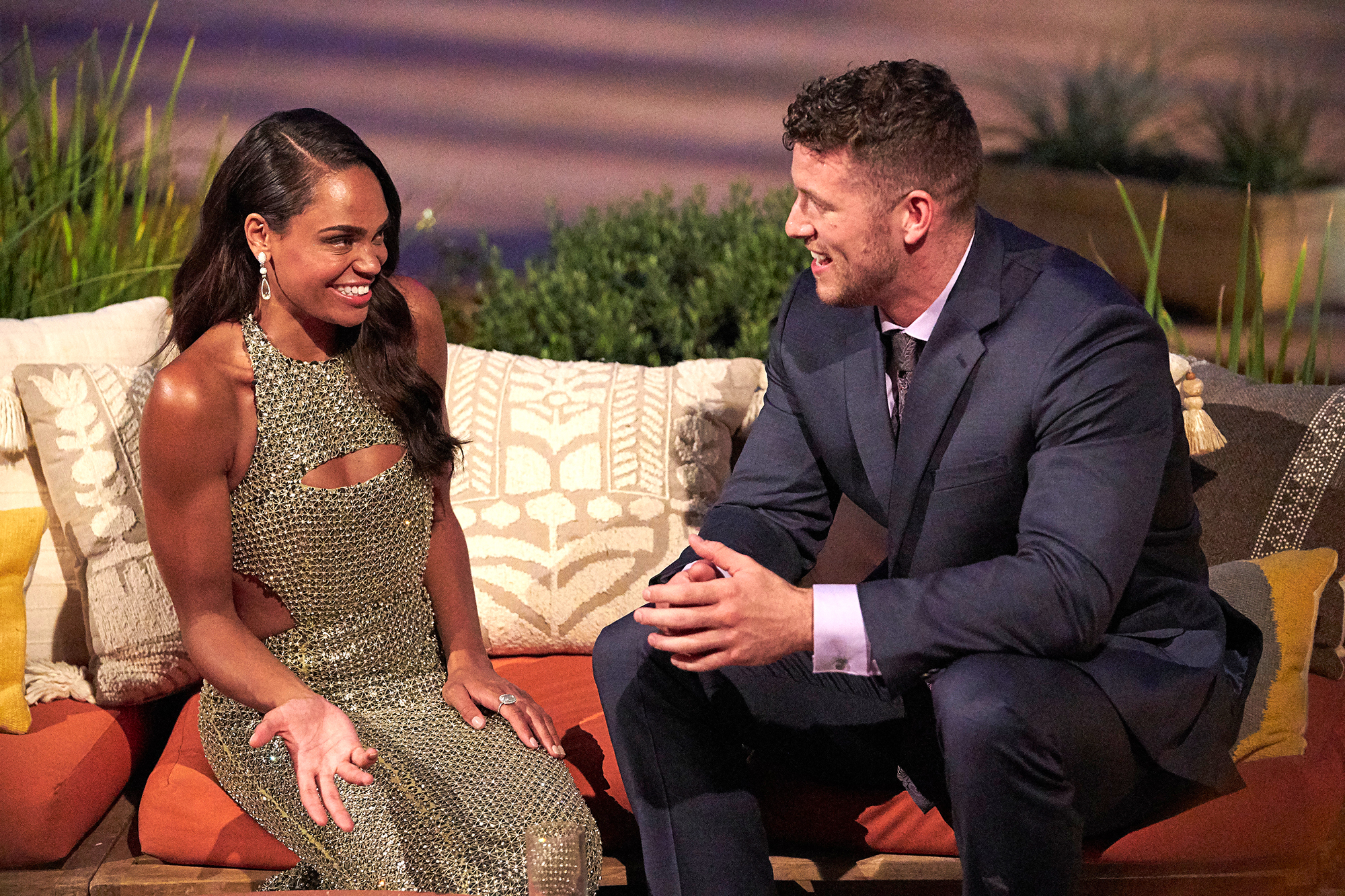 The man of the hour! Clayton Echard finally made his ABC debut as the next Bachelor — and his season kicks off in January.

Following an all-new episode of The Bachelorette on Tuesday, November 30, the network released its first trailer showing Clayton, 28, as the franchise’s lead for season 26 of The Bachelor. ABC’s first look at his upcoming season, which premieres on January 3, promises a lot of tears from both the Missouri native and his suitors.

Clare! Arie! Nick! All the Times ‘The Bachelor’ Shocked Fans With Its Lead

“I’m just a Midwest guy from Missouri that just wants to find love,” Clayton says in the clip as scenes from his journey play in the background. “And I believe more than anything that my future wife is here.”

The teaser shows the former football player running on the beach, Baywatch style, on one group date, followed by him hitting a piñata shirtless on what appears to be a one-on-one outing.

He also jumps off a yacht with one woman and kisses another in a hot tub before packing on the PDA with more contestants as he travels all over the world. However, the season isn’t without drama.

“I don’t trust her as far as I can throw her,” one contestant says in the video before storming off. Another woman later chimes in, saying, “That girl will do whatever it takes,” hinting that there is a villain in the house.

Glimpses of different women crying throughout the show then pop up on screen before fans learn that the contestants aren’t the only ones that will be tested this season. Clayton, at one point, appears to get fed up and threatens to walk away before breaking down off camera.

Bachelor Nation first met Clayton on season 18 of The Bachelorette as he competed for Michelle Young’s heart. He was sent home ahead of hometown dates, during the November 23 episode, after Michelle, 28, sensed something was missing between them while during a one-on-one date.

While fans recently saw Clayton pack his bags on screen, he was rumored to be the show’s next lead months earlier. In fact, Us Weekly confirmed in early September that ABC had chosen a season 18 Bachelorette man to fill the spot even though the season didn’t premiere until the following month.

Producers quickly became fans of Clayton after he started filming The Bachelorette, with a source exclusively telling Us in September that he “stood out right off the bat.” He was spotted later that month filming his season.

The insider explained that ABC chose the University of Missouri alum because “they believed he was the best fit for the role. They wanted to switch things up and go with someone new and someone who hasn’t been in the spotlight yet.”

While the network didn’t formally announced Clayton as the leading man until Tuesday, season 26 host, Jesse Palmer, seemingly confirmed the news in October when he posted a photo with the medical salesman.

#TheBachelor,” Palmer, 43, captioned the snap at the time.

Everything We Know About ‘The Bachelor’ Season 26

Michelle, for her part, spoke highly of her ex ahead of his own journey as the Bachelor, during the November 23 episode of Us’ “Here for the Right Reasons” podcast, noting fans didn’t see everything Clayton had to offer during her season.

“With this process, I think just so many of the men challenge themselves to open up and Clayton was a guy who really challenges — truly challenges — himself,” Michelle said on the podcast. “And [he] is always in this constant state of reflection. He has a good head on his shoulders.”

ABC revealed on Tuesday that Clayton “had the perfect example of what marriage and love can be,” thanks to his parents, Brian and Kelly Echard, who have been married for 29 years. “Just like his parents, Clayton’s looking for a partner, a great love and a best friend,” the network said in a press release.