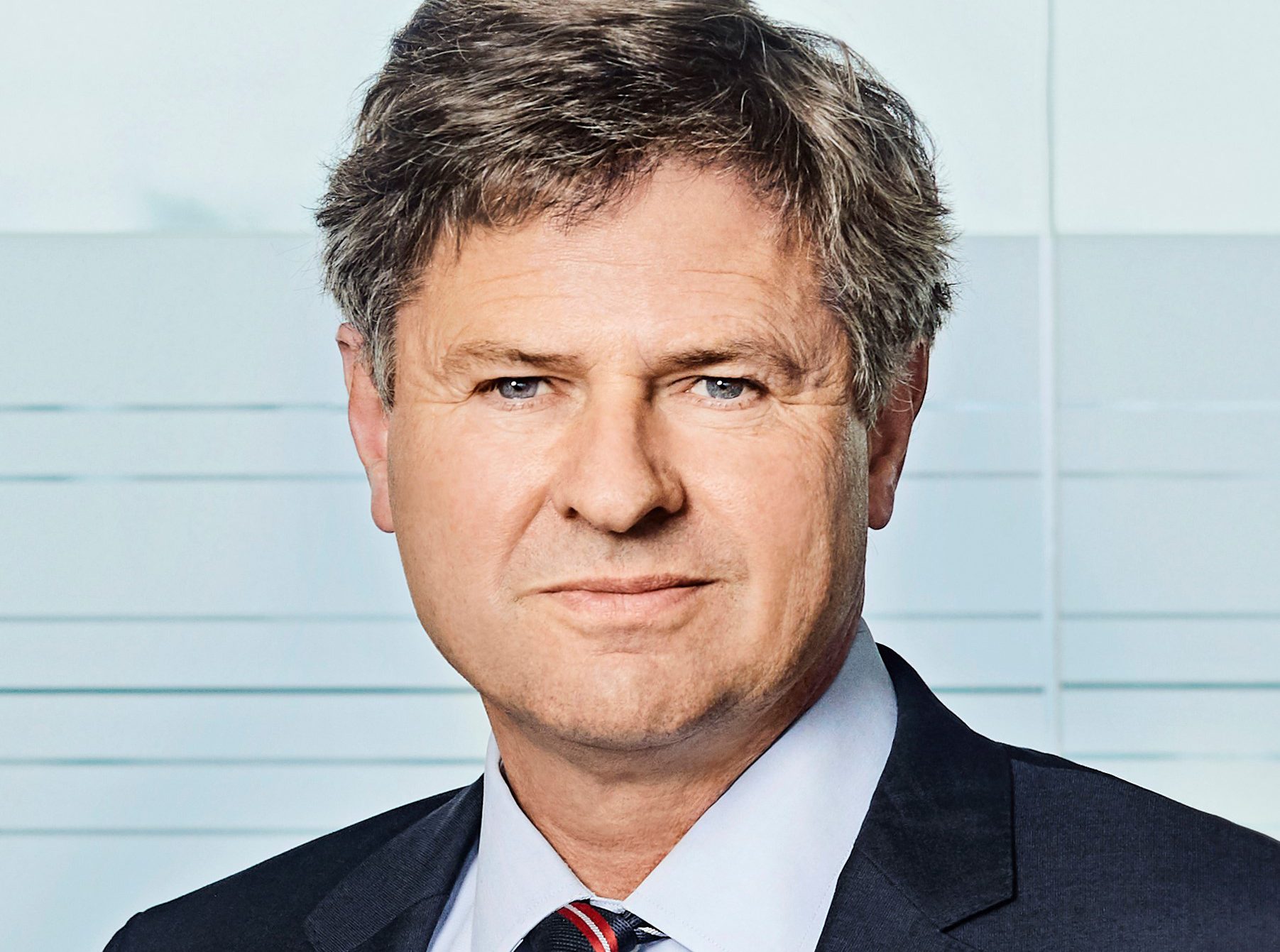 The FSA led by chief executive Jesper Berg said a statement the CDD shortcomings were amongst other possible breaches found.

Separately the bank said: “Jyske Bank is now awaiting the police’s assessment of the case. We will cooperate with the police on all aspects of the case, and then we hope for a quick decision.”

The bank in its statement said it saw limited risk that it had been exploited for money laundering. 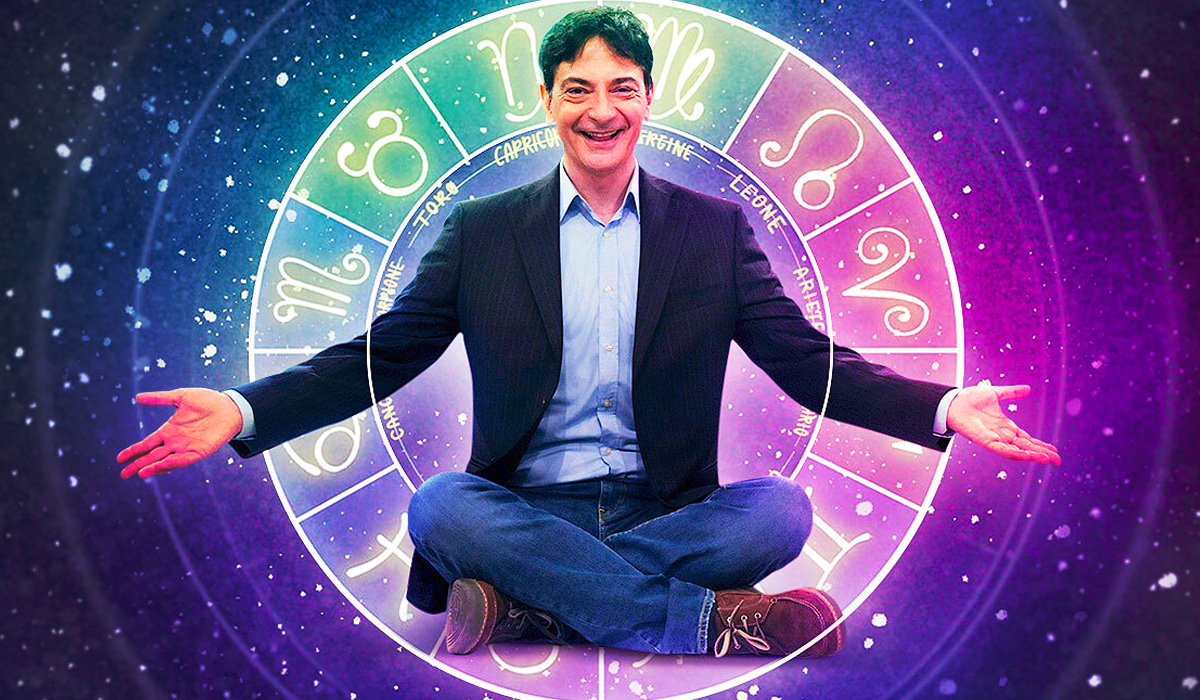 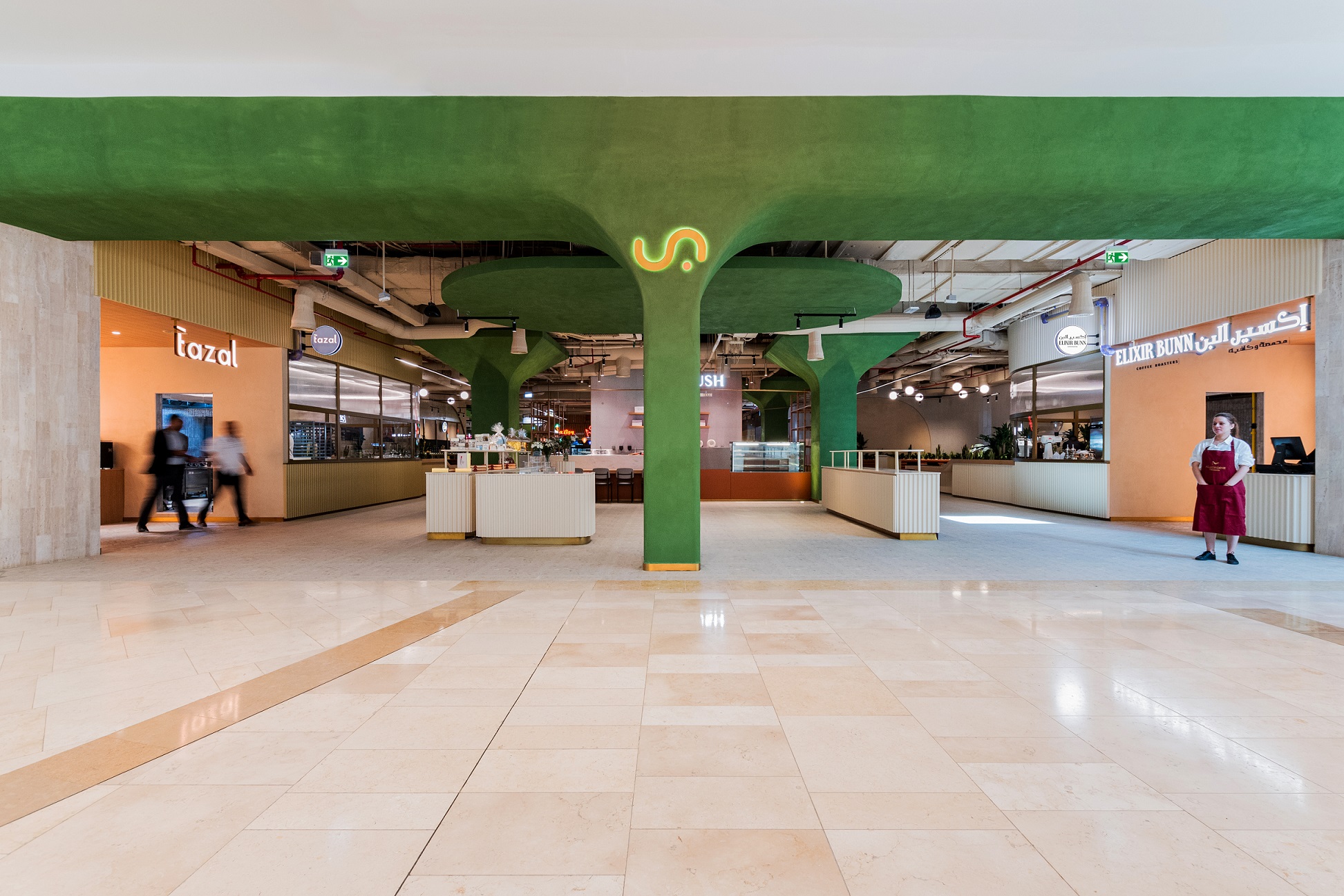 huna opens its first and largest venue in the heart of Abu Dhabi in Yas Mall. Spanning over 3500 square meters, it will be home to 23 distinct food concepts, elevated retail outlets and a collaborative co-working space.

Huna literally translates to ‘here’, and huna Yas promises to offer the ultimate destination to eat, meet, socialize or work. Huna is known for curating experiences through design and recognizing makers and storytellers in the culinary landscape.

With a seating capacity of 800 people at huna Yas, you will find many familiar and new restaurants and retail outlets. Some of the most recognized names include B.B. Social Dining, Maxzi’s Food Shop, SugarMoo, Al Rifai and Q.K.O. Asian Market.

The founder and brains behind the enterprise, Mansour Bakheet, explained “When I conceptualized huna Yas we had ambitious plans to bring original food stories by curating one-of-a-kind retail and restaurant concepts. We love building local talent, but more importantly, we handpick original stories from across the region. We are reshaping the way people connect and collaborate. Yas Mall will be the first huna in the U.A.E. that melds co-working and gourmet dining in a fluid space.”

huna’s mission is to democratise spaces for food talents across several different cities and is a pioneer in creating social hubs. huna launched its first social food hub four years ago in Dar Al Wasl in Dubai. It redefined the highly competitive F&B industry by incubating some of the biggest homegrown brands today, including Kuhp soft serve ice cream, Habak Lebanese Eatery and Brd Fried Chicken. Since then, it has expanded across Saudi Arabia and manages over 10,000 sqm of F&B real estate.

Yasser Al Marzouqi, Director of Retail Property Management at Aldaradded, “We are delighted to bring huna to Abu Dhabi, working closely with the creative and passionate minds behind this innovative concept. At Yas Mall, we always strive to create better spaces for shopping, entertainment, and leisure. huna Yas will be a great addition to our portfolio, providing a gourmet dining and working hub that’s never been seen before in the city, giving the community opportunities to connect, collaborate and celebrate.”

huna Work is a UAE-first at Yas Mall, offering a creatively designed space that will be a platform for innovators, creatives and MSMEs (micro, small and medium-sized enterprises) who work non-linear asynchronous days. huna Work will host regular community discourses, discovery talks and intimate performances. Daily and monthly membership packages can be purchased alongside pre-booking of meeting rooms on their website soon. 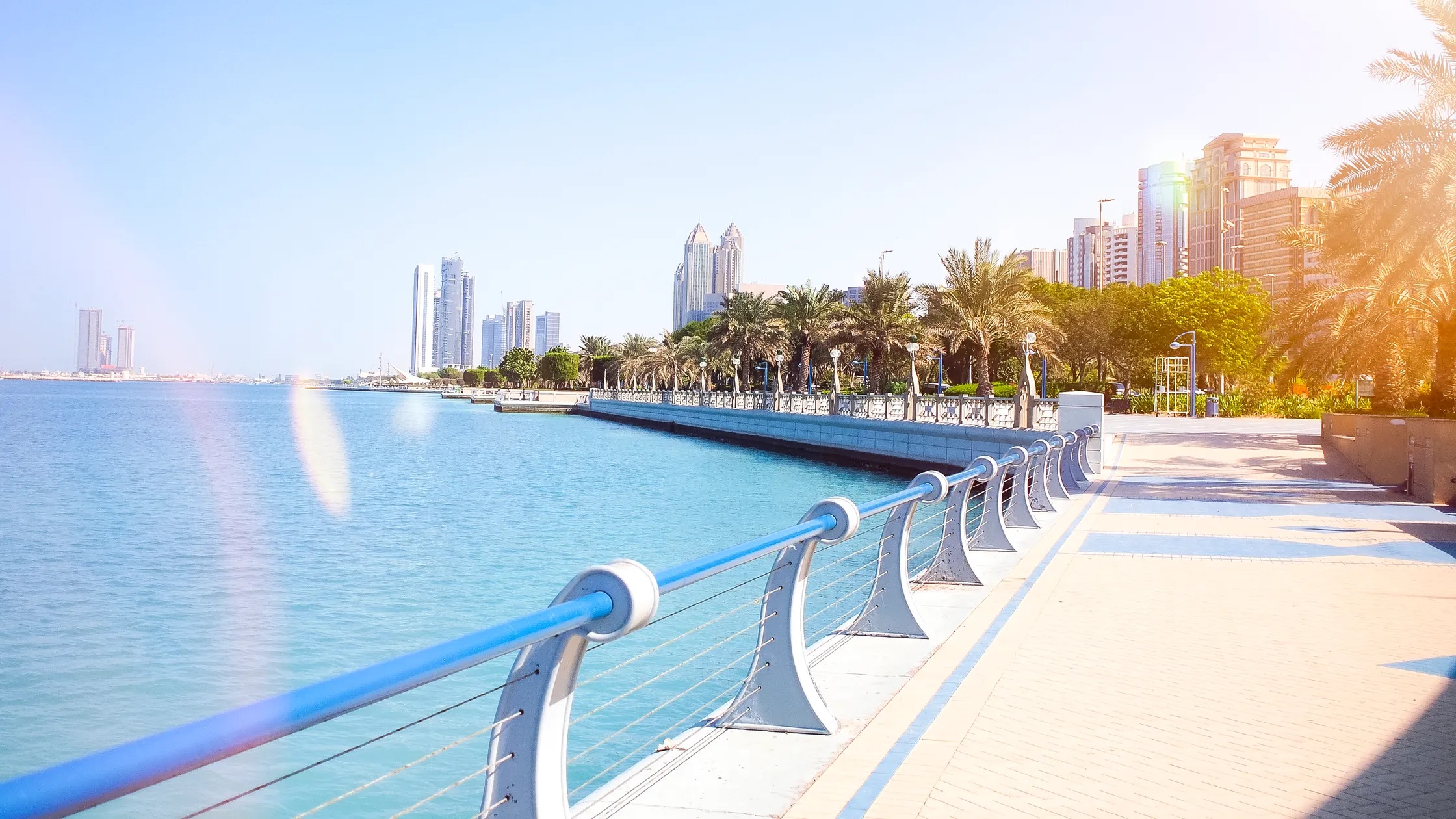 Statistics Centre – Abu Dhabi (SCAD) has announced statistical data that show expansion of Abu Dhabi’s Gross Domestic Product (GDP) in the first half of 2022, reaching 11.2 percent compared to the same period last year. The growth reflects the Emirate’s robust performance and the ability of the economy to maintain competitiveness and sustain growth despite global economic challenges.

According to estimates announced by SCAD, the quarterly GDP growth rate reached its highest value in six (6) years during the second quarter of 2022 which hit 11.7 percent compared to the same quarter last year.

At the end of the first half of 2022, the real GDP value (at constant prices) exceeded AED543 billion, and the value of the non-oil sectors’ GDP increased AED28.4 billion compared to the same period last year to reach AED273 billion in total.

Mohamed Ali Al Shorafa, Chairman of the Abu Dhabi Department of Economic Development (ADDED), said, “Economy’s positive growth rates in Abu Dhabi reflect the profound strength and success of the economic diversification policy, which contributed to the economy’s resilience and ability to address global changes posed by geopolitical and economic factors that directly affected strategic sectors such as energy and international trade.”

“The Abu Dhabi economy continues to reap the benefits of the effective policies guided by the wise leadership to strengthen the pillars and foundations of the economy, maintaining a competitive performance while attracting investments with more initiatives to achieve the strategic objectives of Abu Dhabi,” he added.

Rashed Abdul Karim Al Balooshi, Undersecretary of ADDED, said, “The vital performance of the Emirate’s economy over the last few years resulted in remarkable growth rates in the non-oil sectors during the first half of 2022, reflecting a competitive outlook of Abu Dhabi’s business ecosystem. Abu Dhabi implemented economic programmes in recent years to facilitate the establishment and operation of new businesses across the Emirate giving the necessary factors that can stimulate growth in various sectors.”

Ahmed Mahmoud Fikri, Director General of the Statistics Centre – Abu Dhabi, said, “Statistical estimates reflect the ability of Abu Dhabi’s economy to sustain rapid growth and respond quickly to plans and efforts to diversify the economic base and stimulus packages. The strategic plans and stimulus packages have produced huge growth, as most economic activities continue to expand with full alignment of economic sectors at the emirate level.”

Contribution of oil and non-oil sectors to GDP

According to data released by SCAD, the mining and quarrying activities (including crude oil and natural gas) contributed 49.7 percent to the real GDP of the Emirate of Abu Dhabi during the first half of 2022, which means non-oil activities contributed 50.3 percent at constant prices defying the noticeable increases of global oil prices during the same period. The increase in the non-oil sector’s contribution to the real GDP proves the success of the ambitious strategic plans for diversifying the economic base in Abu Dhabi.

SCAD produces regular estimates of the GDP based on several statistical indicators and administrative records according to international standards and scientific methodologies to measure the effectiveness of economic programmes and strategic plans to assist decision-makers in meeting the requirements for sustainability and economic growth. 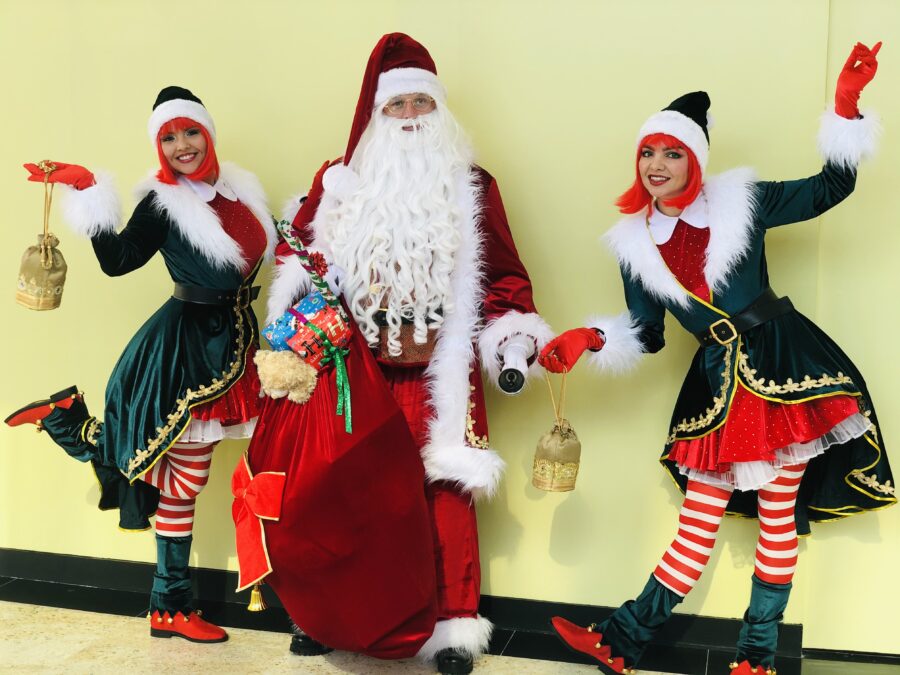 Guests and families are invited to dust off their festive boots, make their list and check it twice as Yas Marina and Yas Bay Waterfront are set to host their collective festive extravaganza, ‘Magic of Winter’ from 8th – 31st December. As temperatures drop by the water, guests can enjoy the alfresco season with unique festive experiences at both Abu Dhabi’s superyacht marina, Yas Marina and the capital’s leading waterfront destination, Yas Bay Waterfront.

Rock around the Christmas tree as the Magic of Winter programme begins with a breath-taking tree lighting ceremony across both destinations on December 8th at 8:00pm. Guests choosing to arrive by public transport such as Careem can avail a 15% discount on all rides to Yas Marina and Yas Bay Waterfront with the code YASMARINA or YASBAYor opt for the newly launched Yas Bay Public Water Taxi and expect to be welcomed by merry cheer.

Yas Marina will be adorned in red, gold and green, complete with a traditional Christmas tree and a meet and greet session at Santa’s Grotto, including a story time with his elves. Snap the perfect Instagramable moment at the life-size snow-globe, while marvelling at the sparkling blue waters of Yas Marina. Guests can expect walkways decorated with traditional deer, candy canes, festive lights and more. Visit the toy window display located near the marina’s resident American sports-bar concept, Stars ‘n’ Bars and be transported to a scene straight of out of your favourite holiday movie.

Head over to Yas Bay Waterfront for a contemporary take on Christmas. Located a stone’s throw away from Yas Marina, the destination has become an Abu Dhabi favourite since its launch a year ago, offering guests the chance to immerse themselves in a never seen before festive winter experience.

At Yas Bay Waterfront, expect a captivating, yet modern take on the classic Christmas tree, complete with cool winter colours, glittery baubles and a life-size decorative giftbox. Guests dining at any of the wide range of international and culinary concepts, and dynamic mix of licensed restaurants and lounges at Yas Bay Waterfront are invited to pen a letter at Santa’s Post Office by the boardwalk for a merry surprise, along with every proof of purchase.

As the sun sets, follow the snowflake lane to the Winter Market located near The Emerging Man and newly opened ArtMarket, offering a unique artistic experience, this new concept operates as part coffee shop, and part saloon and visitors can enjoy music, art and wellbeing options, in addition to selecting the perfect gifts for your loved ones at the many cozy pop-up concepts.

No winter experience is complete without a festive parade so don’t miss out on hula hoopers, stilt walkers, unicyclists, acrobatic performers and jugglers performing every weekend from 3:00pm-8:00pm. Guests can be transported to the North Pole by simply following the elf footsteps, making sure you don’t miss a single magical experience brought to you by Yas Marina and Yas Bay Waterfront. 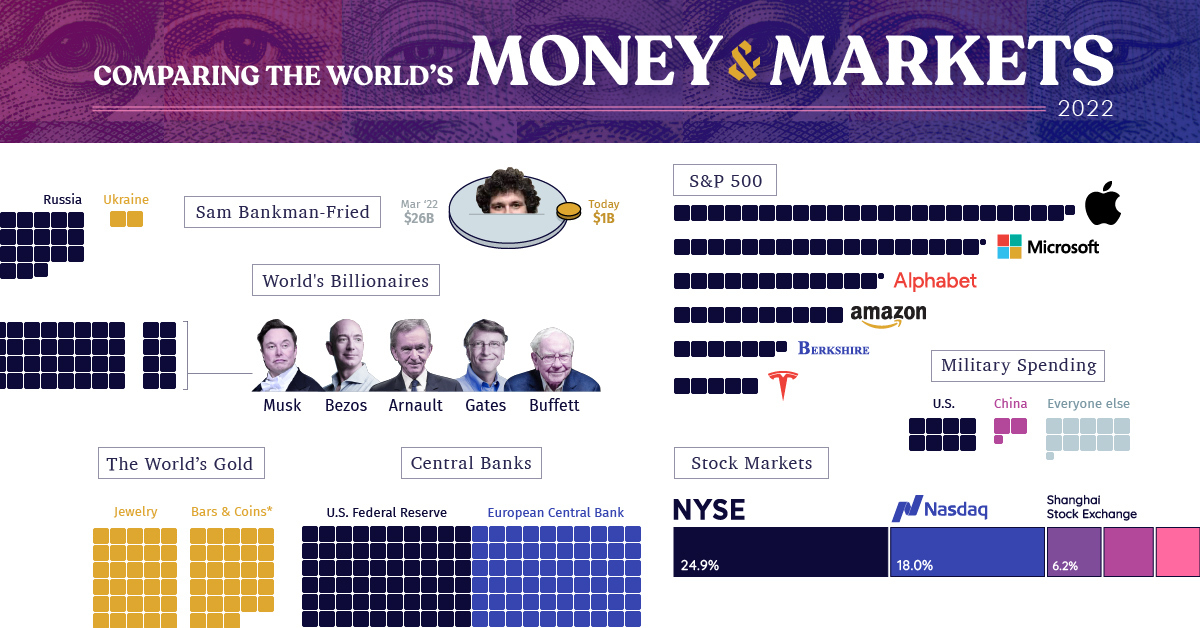 All of the World’s Money and Markets in One Visualization

The era of easy money is now officially over.

But the free money party has since ended, after persistent inflation prompted the sudden reversal of many of these policies. And as Warren Buffett says, it’s only when the tide goes out do you get to see “who’s been swimming naked.”

Measuring Money and Markets in 2022

Every time we publish this visualization, our common unit of measurement is a two-dimensional box with a value of $100 billion.

Even though you need many of these to convey the assets on the balance sheet of the U.S. Federal Reserve, or the private wealth held by the world’s billionaires, it’s quite amazing to think what actually fits within this tiny building block of measurement:

Our little unit of measurement is enough to pay for the construction of the Nord Stream 2 pipeline, while also buying every team in the NHL and digging FTX out of its financial hole several times over.

Here’s an overview of all the items we have listed in this year’s visualization:

Has the Dust Settled Yet?

Through previous editions of our All the World’s Money and Markets visualization, we’ve created snapshots of the world’s assets and markets at different points in time.

For example, in our 2017 edition of this visualization, Apple’s market capitalization was only $807 billion, and all crypto assets combined for $173 billion. The global debt total was at $215 trillion.

And in just five years, Apple nearly quadrupled in size (it peaked at $3 trillion in January 2022), and crypto also expanded into a multi-trillion dollar market until it was brought back to Earth through the 2022 crash and subsequent FTX implosion.

Meanwhile, global debt continues to accumulate—growing by $85 trillion in the five-year period.

With interest rates expected to continue to rise, companies making cost cuts, and policymakers reining in spending and borrowing, today is another unique snapshot in time.

Now that the easy money era is over, where do things go from here?

The post All of the World’s Money and Markets in One Visualization (2022) appeared first on Visual Capitalist. 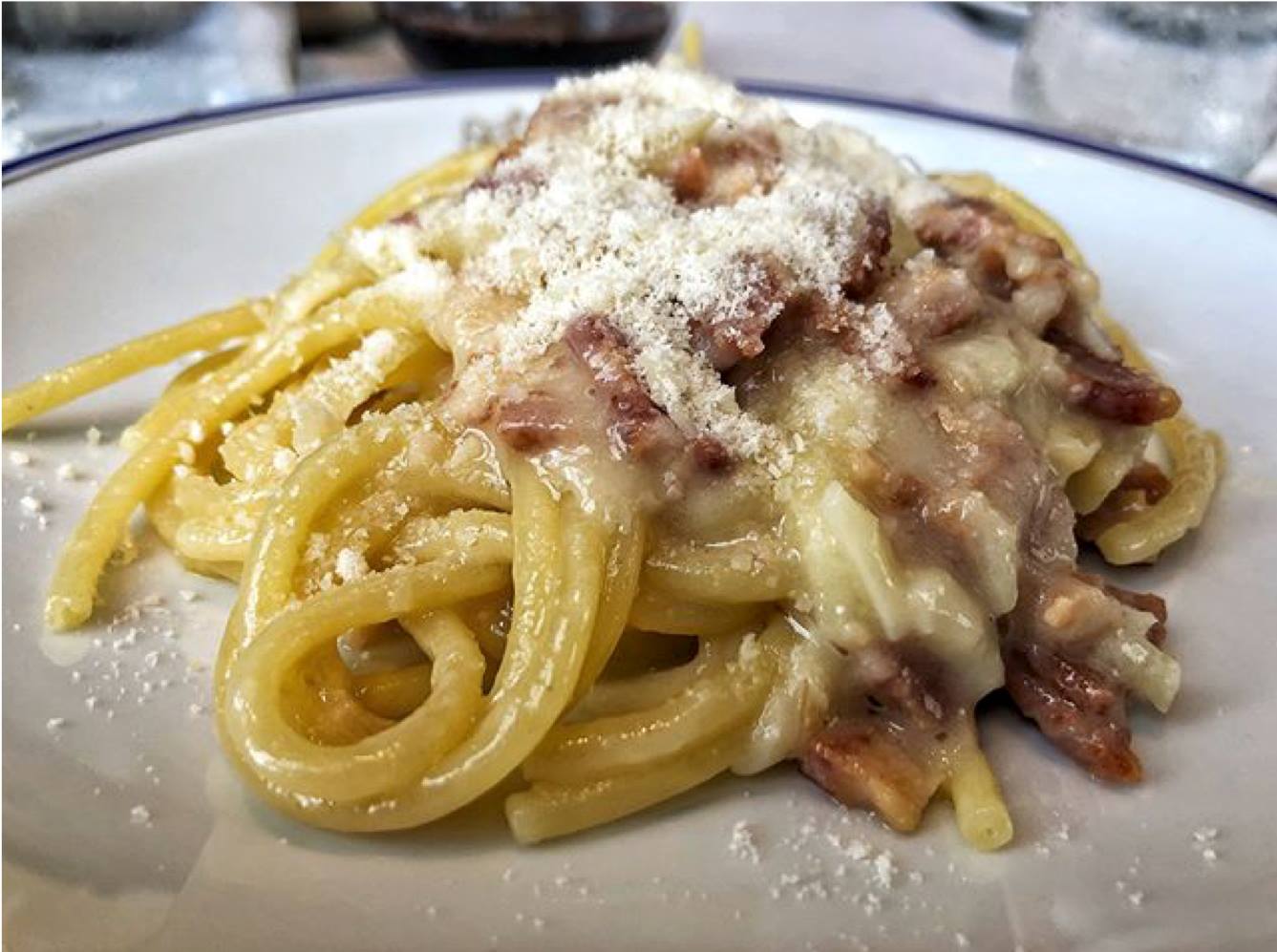 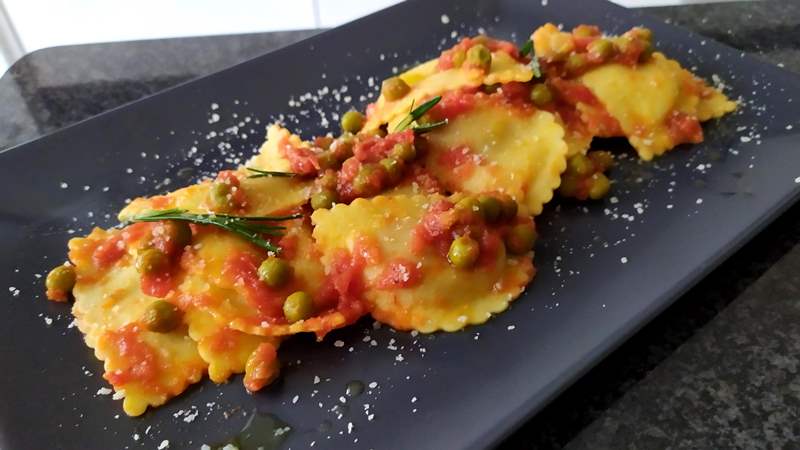 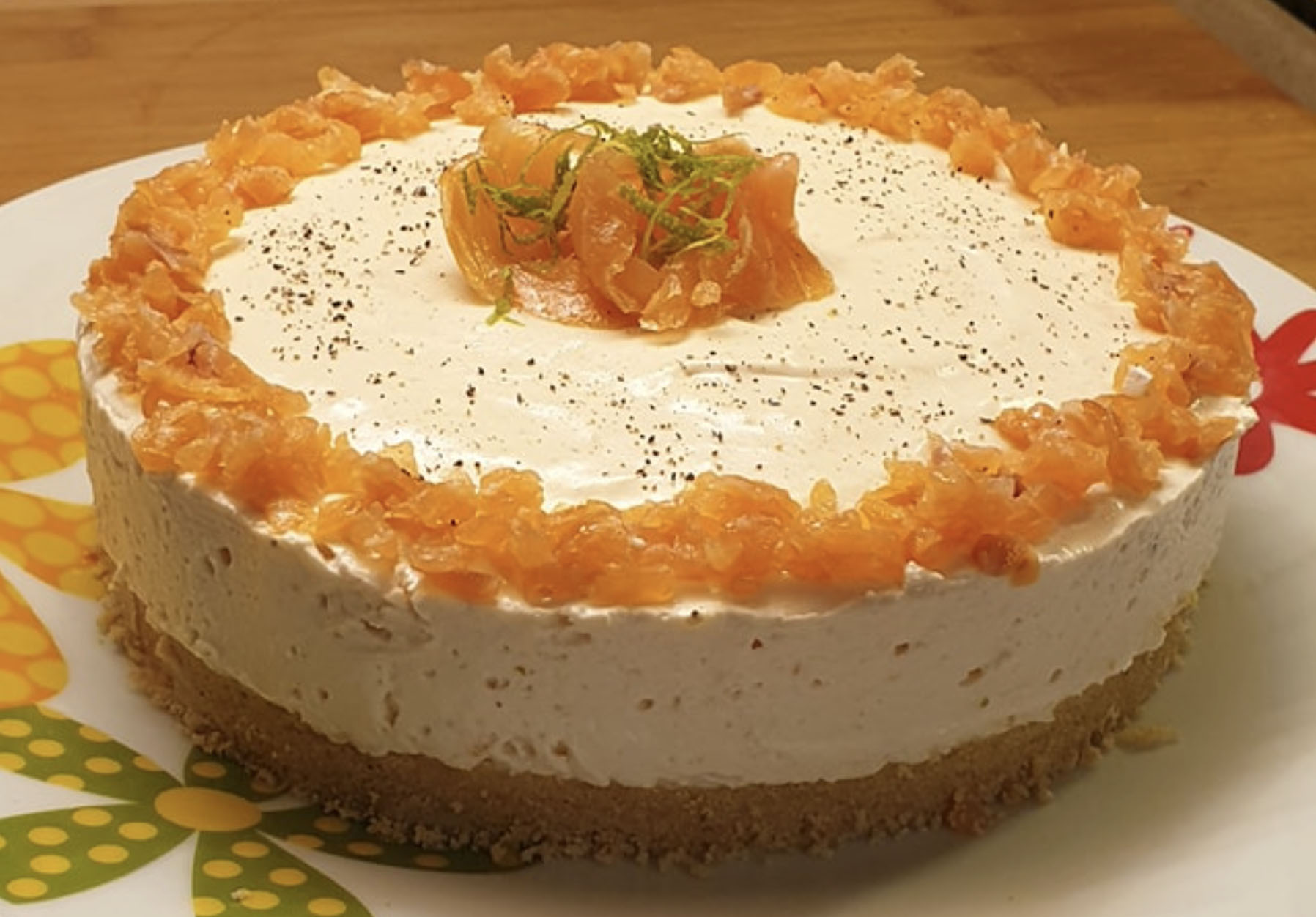