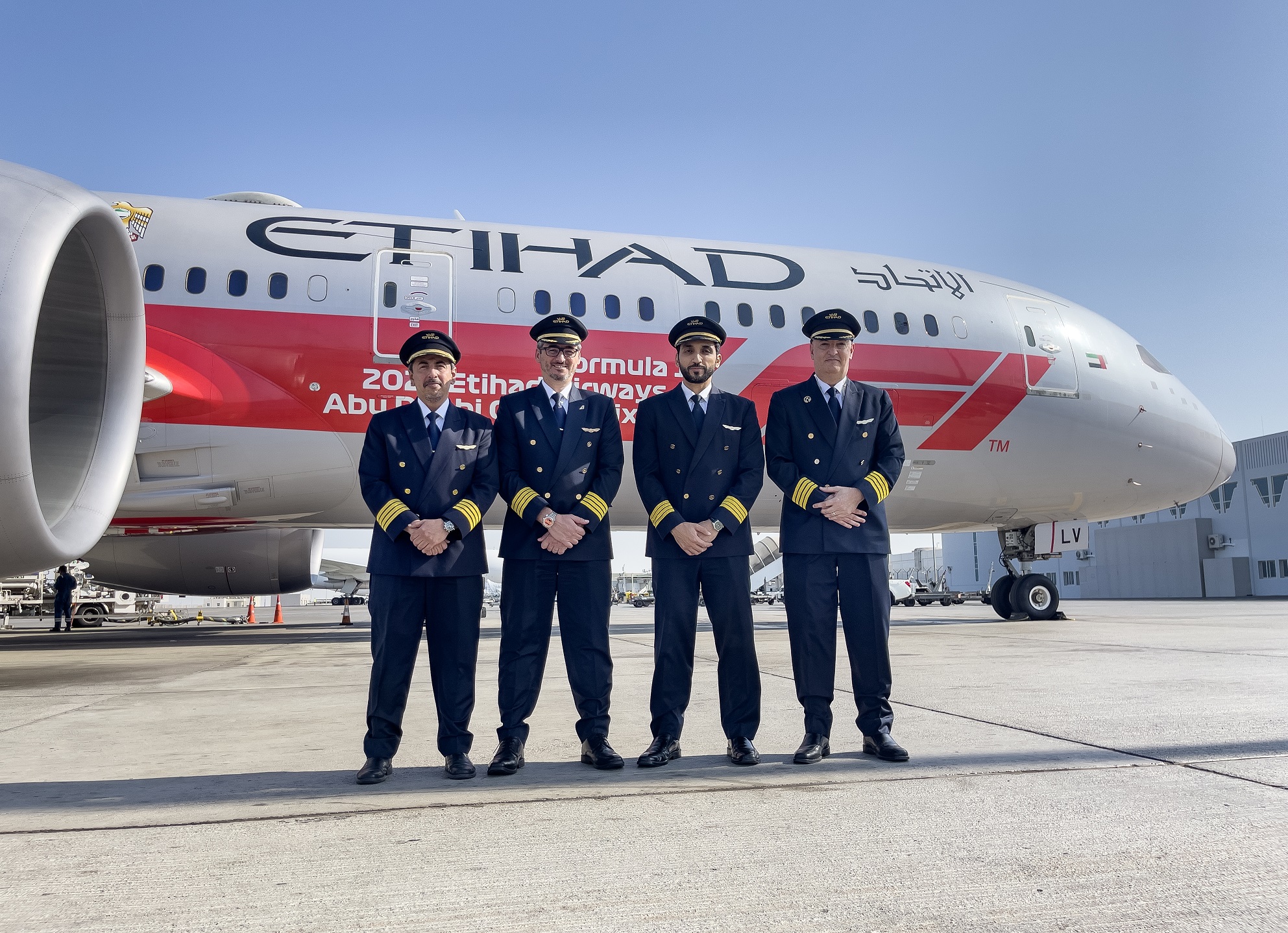 The 14th annual Formula 1 Etihad Airways Abu Dhabi Grand Prix is set to open with a traditional fly over across the starting grid at Yas Marina Circuit on Sunday. The UAE’s national airline and title sponsor, Etihad Airways, will join forces with aerobatic team Al Fursan to wow the crowds as the excitement revs up for the finale in the Formula 1 racing calendar.

The Etihad and Al Fursan fly past adds a unique experience and another layer of entertainment to an already packed schedule for the Grand Prix weekend. The aerial display makes Abu Dhabi a special event, which will be enjoyed by more than85,000 fans live at Yas Marina Circuit, with millions of viewers watching worldwide.

The stunt aircraft will fly in unison, with smoke trails in red, green and black representing the UAE’s national flag.They will perform a DNA manoeuvre, named as it represents the pattern of the DNA molecular structure in the sky.

Commenting on the experience, Captain Al Tamimi said: “As an Emirati Captain I’m proud and privileged to represent my colleagues, Etihad Airwaysandmy country at such an important event.We’re excited that millions of people around the world will be watching us flying, but of course that means that the pressure is on us to get the timing and alignment perfect.”

Captain Al Tamimiwill be supported in the Dreamliner’s cockpit by Captain Abdulla Saleh, with Captain Mimmo Catalano responsible for the precision timing and Captain Driss Moussaoui responsible for communications with the Al Fursan team and air traffic control. Each member of the team has been an Etihad pilot for more than 17 years.

The captains will take off from Abu Dhabi International Airport and created a holding pattern in preparation for the Al Fursan team to join the formation. With 10 minutes to go, the Al Fursan team join the Etihad aircraft under the wing and prepare their flight path above Abu Dhabi towards Yas Island and Yas Marina Circuit.

Precise timing is imperative as the fly past must take place at the exact moment that the UAE’s national anthem finishes, just moments before the race begins. Captain Mimmo Catalano responsible for accurate timing, must check the wind speeds and weather conditions on the day to ensure they arrive on time.

Racegoers will also have the chance to visit Etihad Airways activation at the main grandstand where there will be plenty of entertainment for visitors of all ages to enjoy. Adults can try their hands at the helm of an aircraft in the flight simulators and experience the feeling enjoyed by Captain Al Tamimi and his team.