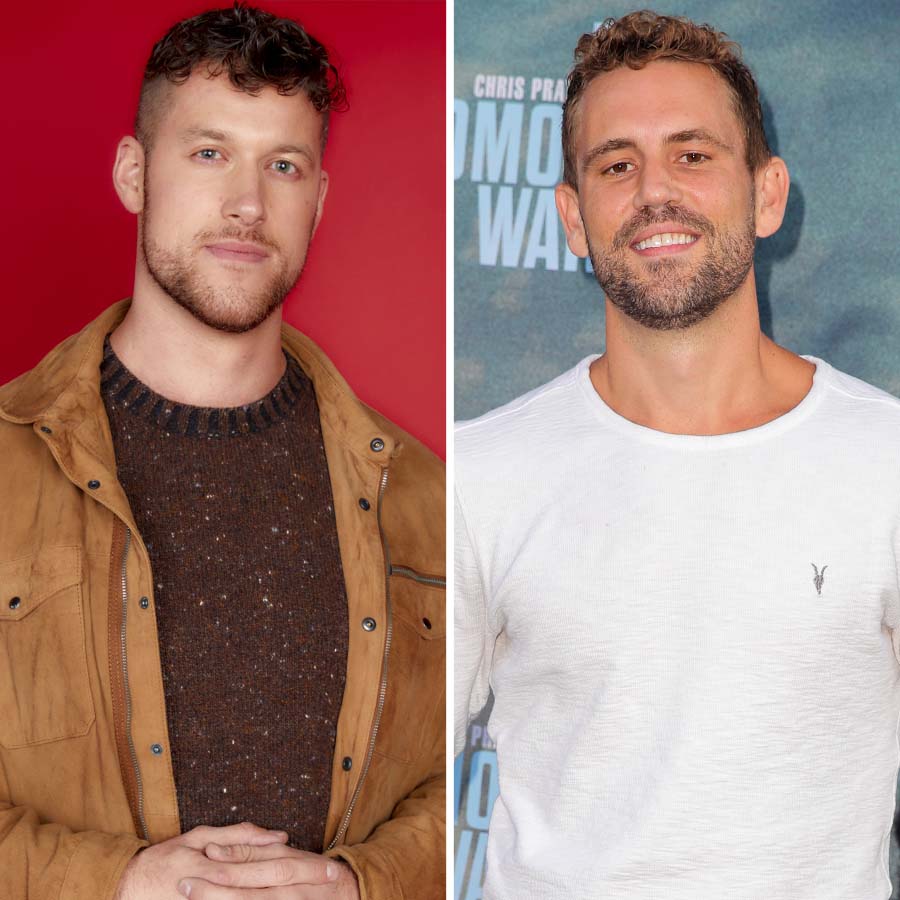 No hard feelings. Clayton Echard doesn’t blame Nick Viall for questioning why ABC cast him as the season 26 Bachelor after he got a small amount of screen time on The Bachelorette.

Clayton Echard’s Season 26 of ‘The Bachelor’: Everything We Know

“When I saw that, I just thought, ‘Well, let me put myself in his shoes and everybody else’s shoes.’ And the big thing that I realized is everyone’s like, ‘We just don’t really know who he is,’” the 28-year-old star said on the Monday, January 3, episode of SiriusXM’s Pop Culture Spotlight with Jessica Shaw.

The Missouri native, who competed for Michelle Young’s heart on season 18 of The Bachelorette in the fall of 2021, re-watched himself on the show to better understand the criticism of him as the lead.

“I thought there were points where my personality came through. I thought the date and all that actually went really well,” Clayton explained. “I thought it showed my goofy side. It showed my dance moves, which that’s why I said, it’s my resolution. I want to get better at them. But it showed this playful side of me.”

Us Weekly confirmed Clayton as the show’s new leading man in September 2021, one month before fans were introduced to him on the ABC dating series. While there was some footage of the former football player on Michelle’s season, many viewers didn’t think they learned enough about him.

“It was a little snippet per se, I guess. I don’t know how much screen time I had, maybe, 10 minutes, 20 minutes, whatever it was. It wasn’t much,” the TV personality said, noting he was taken aback when Nick, 41, commented on the unconventional pick to helm season 26. “When he made that comment, I was like, ‘OK, I can see where you’re coming from.’ But with that again, you’re gonna get plenty of time to see me now on my season going forward.”

Clayton challenged the “Viall Files” podcast host to watch his story unfold on the new season — and if he still didn’t understand the network’s choice to discuss it with him.

“If he still feels that way towards the end of it, then fair, sure. We’ll have a conversation at that point. Right. I’ll talk with him and say, ‘You know, what is it that you don’t get?’ But for now, I do understand,” the sales representative continued. “I don’t harbor any resentment for somebody that makes a comment like that. Again, I think that’s his platform. He kind of speculates on all these things, and he doesn’t know anything about me.”

Clayton noted that he doesn’t think it’s an “unfair argument” on Nick’s part, but once Kaitlyn Bristowe’s ex sees more of him on screen, he hopes that perception changes.

“I just think that it’s like, ‘OK, you don’t know who I am, so you’re kind of questioning it.’ Well, let’s see if you still question it at the end of it all,” he added.

The Wisconsin native, who was the season 21 Bachelor, previously told People that he was “critical of the selection” after Clayton was named the head honcho.

“It’s nothing against Clayton, he seemed like a nice enough fellow, but just looking at Michelle’s top four, each of the top four has better storylines, more charisma,” Nick told the outlet in December. “They have outshined Clayton in every possible way. So I don’t really get the choice.”

The Bachelor airs on ABC Mondays at 8 p.m. ET.

0 comments on “All Good? Clayton Responds to Nick’s Negative Comments About Him as Bachelor”