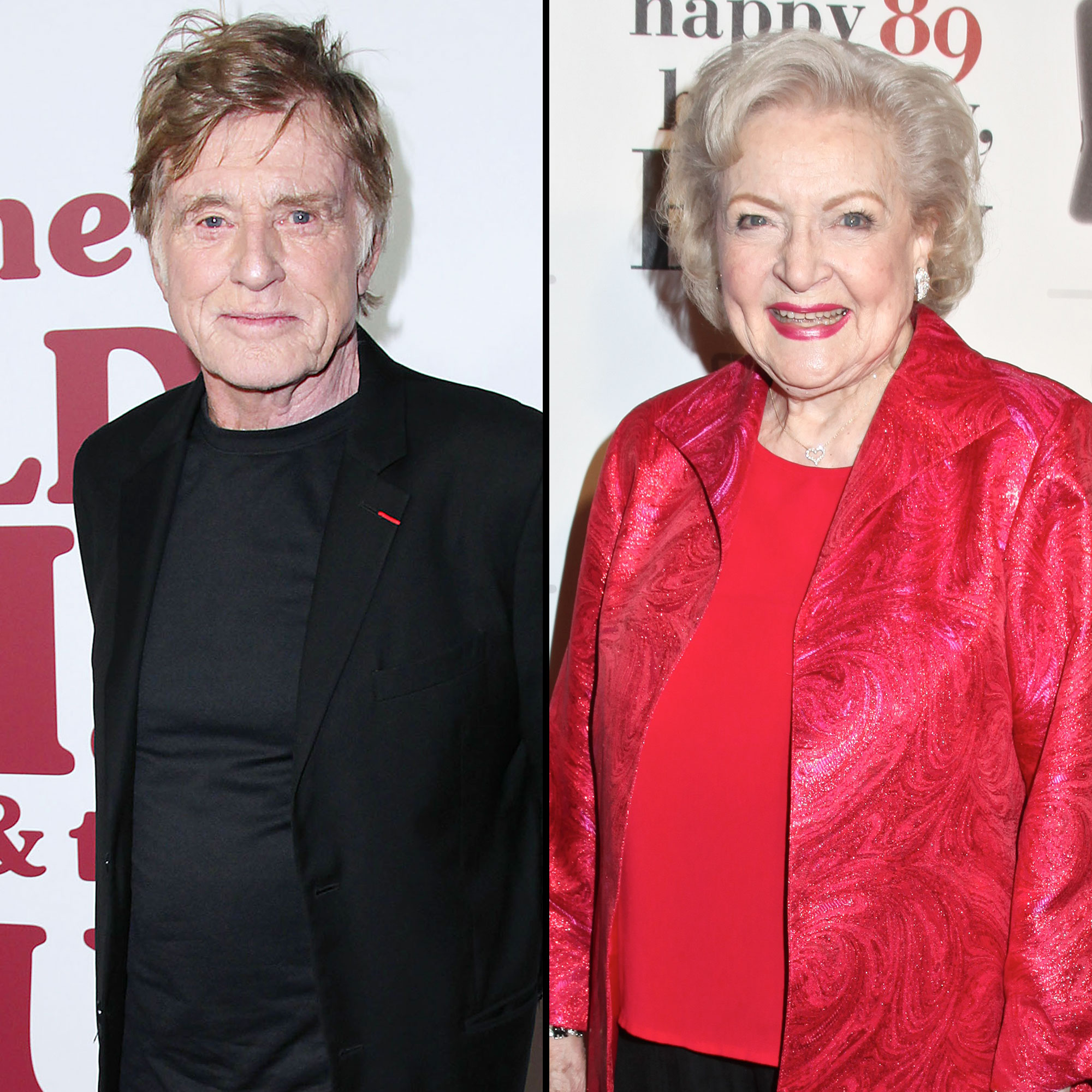 He finally came calling. Betty White frequently spoke about her crush on Robert Redford in her final years and after news of her death, the actor shared a special tribute to the Golden Girls alum.

“Betty lived life devoted to her craft and her love of animals. She made us all laugh, including me,” the Oscar winner, 85, told E! News in a statement on Friday, December 31. “I had a crush on her too!”

White died on Friday at the age of 99. Her agent, Jeff Witjas, confirmed the news in a statement later that day.

“Even though Betty was about to be 100, I thought she would live forever,” Witjas told People. “I will miss her terribly and so will the animal world that she loved so much. I don’t think Betty ever feared passing because she always wanted to be with her most beloved husband Allen Ludden. She believed she would be with him again.”

White was set to celebrate her 100th birthday on January 17, 2022. Two days before her death, she gave a rare interview about the milestone.

“[I’m] amazed,” she told Entertainment Tonight on Wednesday, December 29. “No, seriously, I’m the luckiest broad on two feet to be as healthy as I am and to feel as good as I do!”

White made her crush on Redford known on more than one occasion. While reflecting on her marriage to Ludden and her love life since his 1981 death, she name-dropped the star.

“When you’ve had the best, who needs the rest?” she explained on CBS News Sunday Morning in June 2012. “It was special. It was very special. But that doesn’t keep you from having fun with somebody and going out and having dates. And Robert Redford never calls.”

As she turned 97 in January 2019, White’s birthday wish involved Redford. “[Betty is] waiting for Robert Redford to call,” her rep exclusively told Us Weekly in January 2019. She repeated the wish for her 100th birthday in her interview with Entertainment Tonight.

After the late actress’ Proposal costar Ryan Reynolds joked that she was his crush, she informed him that she was only interested in one man. “I’ve heard Ryan can’t get over his thing for me,” she joked to People earlier this month. “But Robert Redford is The One.”

Redford, for his part, was a good sport about the long-running joke. He quipped to Entertainment Tonight in September 2017 that he tried to contact White but never heard back. Then, on a more serious note, he revealed that he had no idea about her crush.

“I can’t imagine being loved by anybody better,” the All the President’s Men star, who has been married to wife Sibylle Szaggars since 2009, gushed at the time. “I’d like to work with you if you’d slow down.”