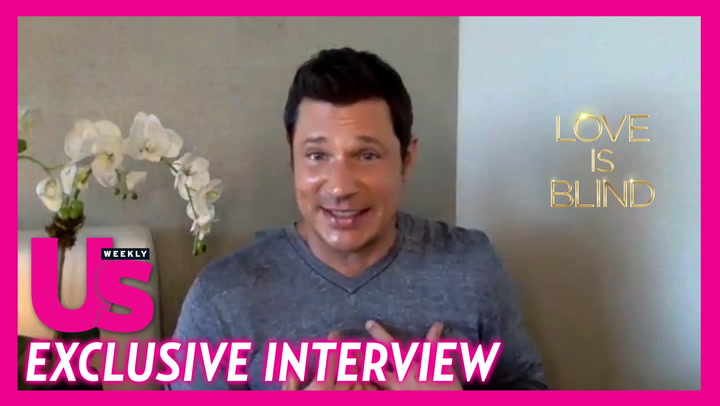 Is love blind or blurry? As Netflix’s Love Is Blind season 2 comes to a close, eager fans won’t have to wait too much longer for more pod-based dating and plenty of drama.

The Netflix reality TV series debuted in February 2020, where viewers saw the likes of Amber Pike and Matt Barnett and Lauren Speed and Cameron Hamilton both find love sight-unseen. The second season also saw two couples — Danielle Ruhl and Nick Thompson and Iyanna McNeely and Jarrette Jones, respectively — tie the knot after the duration of the experiment.

“The fascinating thing is that they really, really embraced the experiment aspect of it,” Coelen told Metro about the show’s success rate. “We always talk about how it’s an experiment first and a TV show second. It’s almost like the TV show is documenting the experiment. When you get to the wedding day – I was there for each wedding – they all embraced the idea that they’re there with the same intention, which is that they are interested in finding love and finding someone to marry, to commit to, for the rest of their lives.”

Season 3, filmed shortly after the first two seasons, is set to follow the same process as a new group of singles embrace the pods, attempting to find their perfect match.

“It’s fascinating,” show cohost Nick Lachey exclusively told Us Weekly ahead of the Netflix series’ season 2 premiere. “Especially having seen the success of season 1 and seeing two loving couples still married to this day? If I watched that and I was looking for love, why wouldn’t you wanna be a part of that? You know, it’s proven to work!”

The 98 Degrees singer, who married cohost Vanessa Lachey in July 2011, further opened up about why the reality TV show’s premise was so intriguing.

“This dating world is not one I ever was part of — this very superficial ‘swipe left.’ There’s so much judgment and you can Google everybody. I’m not from that era,” the Masked Singer alum told Us. “It starts with a connection. [Vanessa] and I had a really emotional connection before we were together a lot … which is why this show appealed to us.”

He teased: “It’s so exciting to see it kind of work all over again in a different way. No two seasons are gonna be the same.”

In addition to trying to prove whether love is truly blind on the Netflix reality TV series, the Lacheys and Coelen also teamed up for The Ultimatum: Marry or Move On. Premiering on the streaming platform in April 2022, six couples will have the chance to figure out if they are ready to marry their long-term partner or if they’d rather go their separate ways.

Both seasons of Love Is Blind are now streaming on Netflix.

Scroll below for everything we know so far about season 3:

0 comments on “Bigger in Texas! Everything to Know About ‘Love Is Blind’ Season 3”