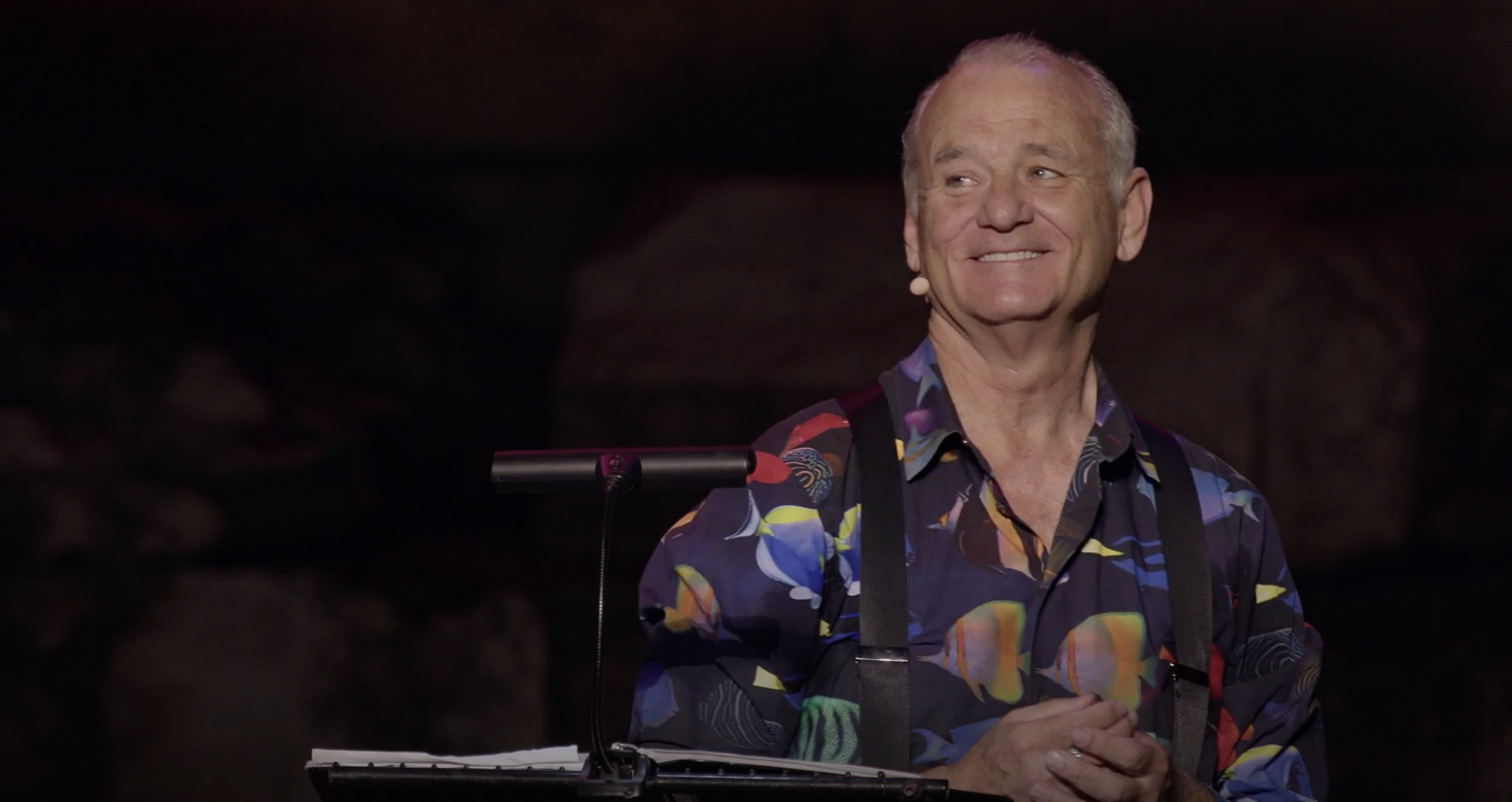 In 2018, Bill Murray joined famous cellist, Jan Vogler, on stage at the historic Acropolis in Athens, Greece, for a night of timeless poetry and music. Captured on film by director Andrew Muscato, the magical performance will soon become a feature film, premiering in July at the 2021 Cannes Film Festival.

Spanning from Bach to Van Morrison, Walt Whitman to “West Side Story,” “New Worlds: The Cradle of Civilization” showcases the range of art that has influenced American and European culture and helped bridge the gap between the two.

The trailer opens with Murray reading Whitman’s poem “Song of the Open Road, 9” before launching into “I Feel Pretty” from “West Side Story,” all behind a sweeping classical music trio led by world-renowned cellist Vogler and featuring Mira Wang on violin and Vanessa Perez on piano.

Also featuring a rendition of “Moon River” and a reading from Mark Twain’s “The Adventures of Huckleberry Finn,” “New Worlds: The Cradle of Civilization” captures the final performance of Murray and Vogler’s European “New Worlds” tour.

The unlikely collaboration enchants the Athenian audience from the 2,000 year-old stage of the Odeon of Herodes Atticus with touching musical numbers that exude love, hope and heartbreak.

The film is a production of Dorn Music, Neda Film and Makuhari Media. Tanja Dorn, Amanda Livanou, Murray, Muscato and Vogler serve as producers, while Karen Duffy and Emma Doxiadi co-produce. Mike Gomes is the director of photography, and Jon Connor is editor. Rick Siegel is the lighting designer, and Chace Deschene is the live sound engineer.

“New Worlds: The Cradle of Civilization” will premiere at the 2021 Cannes Film Festival.

Watch the trailer above.