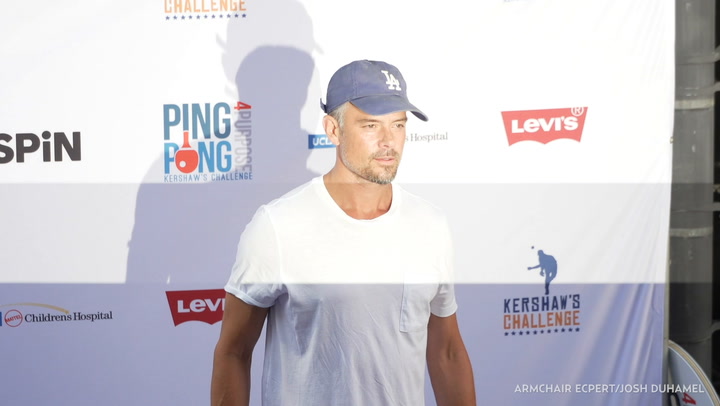 She said yes! Josh Duhamel and girlfriend Audra Mari are engaged, the actor announced on his new fiancee’s 28th birthday.

Duhamel, 49, shared a photo of he and his bride-to-be at sunset by the beach. The former pageant queen and the Safe Haven actor have giant smiles as they hold up a piece of paper that reads: “Audra Diane Mari, Will you marry me?”

In his caption, the All My Children alum confirmed that she accepted the proposal. “It’s on!! She found a message in a bottle that washed ashore and said YES!! @audramari,” he shared via Instagram on Saturday, January 8.

Unlikely Celebrity Couples Over the Years

The North Dakota natives (she’s from Fargo while he’s from Minot) were first spotted on a date in Malibu in May 2019, and they’ve been going strong ever since. The duo got together as Duhamel was still finalizing his divorce from Fergie.

The former couple filed for divorce in May 2019, Us Weekly confirmed at the time, more than a year and a half after they announced their separation.

In a joint statement to Us in September 2017, the “Big Girls Don’t Cry” singer and Duhamel said: “With absolute love and respect, we decided to separate as a couple earlier this year. To give our family the best opportunity to adjust, we wanted to keep this a private matter before sharing it with the public. We are and will always be united in our support of each other and our family.”

The exes, who started dating in 2004, tied the knot in Malibu in January 2009, and their divorce was finalized in November 2019. They continue to coparent 8-year-old son Axl.

Duhamel has made it clear that he wants to give Axl a sibling. Mari and Duhamel’s 21-year age difference has raised some eyebrows, but the actor previously said he wanted a younger partner because he wanted to expand his family.

“I want to have more kids in the next few years. So it’s more about finding someone young enough to have kids,” he said on a December 2018 episode of Dax Shepard’s “Armchair Expert” podcast. “It’s not as if I’m out there just trying to f—-k anything, that’s really not who I am. I’m trying to find a girl that I can be with and have a family with, you know?”

0 comments on “Birthday Proposal! Josh Duhamel and Audra Mari Are Engaged After 2 Years Together”