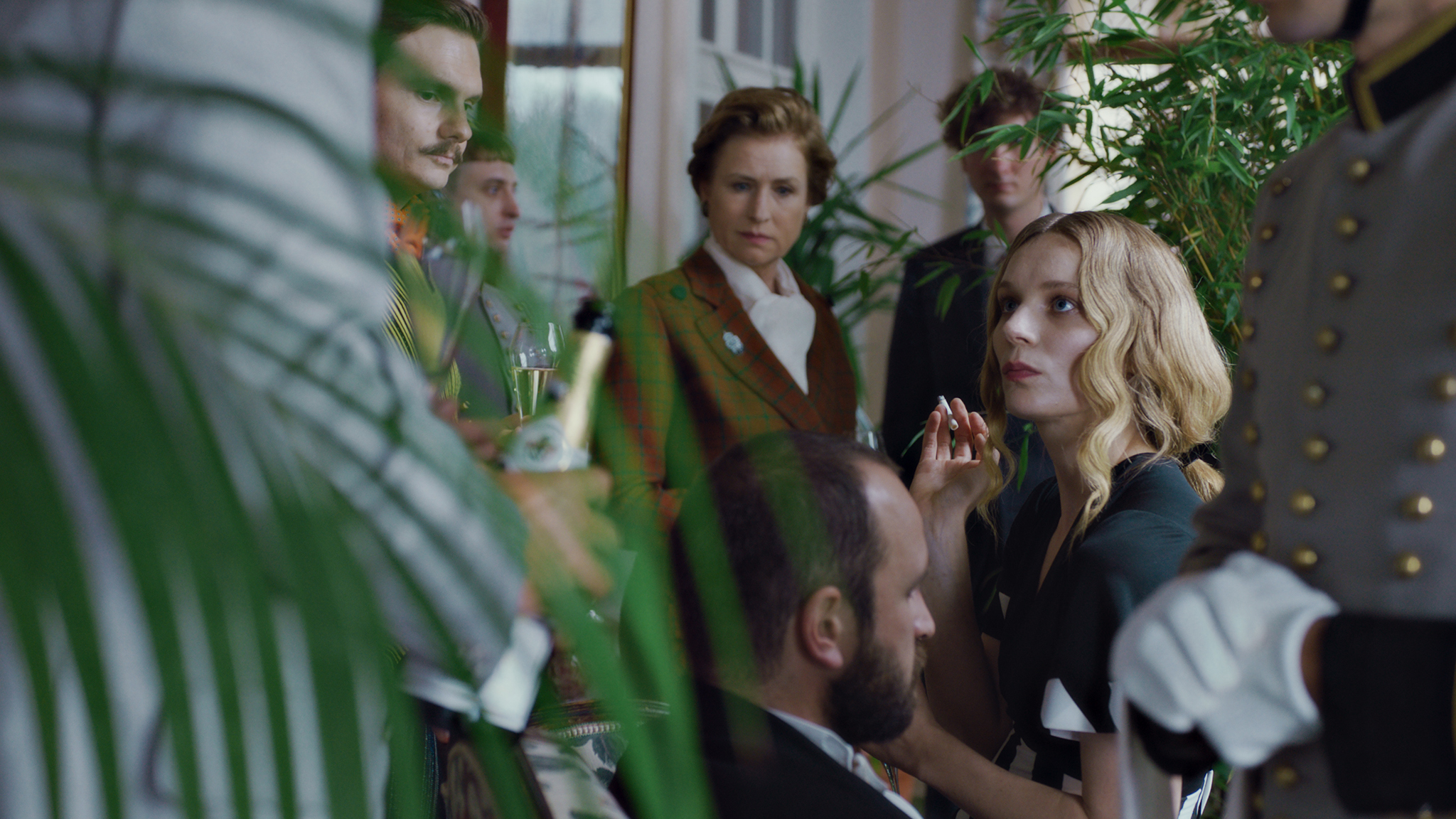 Julian Radlmaier, who made a splash this year with his Marxist vampire satire “Blutsauger” (“Bloodsuckers”), is developing a romantic river barge road movie as his next project.

“Binnenschifffahrerin Birte” is an East-West love story that centers on an old housekeeper working in a western German hotel who fondly recalls her youth in 1980s East Germany, when, as a river barge captain, she experienced the one big adventure in her life: delivering an East German-made river barge to the Soviet Union.

“The GDR [German Democratic Republic] was exporting a lot of ships to the Soviet Union,” Radlmaier explains. The film follows the skipper on her boat trip to Russia and down the Volga River, where she meets a Soviet punk bass guitarist. “It’s a love story, but through the events of history they get separated.” Still gripped by the passion of her youth in the present day, Birte tries to get in touch with her old love.

Radlmaier is working with a friend to develop original music inspired by ’80s Soviet punk for the film’s soundtrack. “The Soviet Union had a really great alternative rock music scene in the ’80s. It’s very interesting and quite unknown in the West.”

He plans to shoot the film on location in Russia and along the Volga.

Radlmaier says the film will mark a transition in his work. “It still has this sociohistorical political background, but it will be a film more about personal emotions and less a theoretical essay like the previous ones.”

The director admits that describing his latest pic, “Bloodsuckers,” hasn’t been easy, particularly when he pitched it at Rotterdam’s CineMart co-production market in 2019.

The film, which premiered in Berlin and now unspools at the International Film Festival Rotterdam, is not just a “Marxist vampire comedy,” Radlmaier says. “It has quite different levels.”

Even before shooting the film, the project won Radlmaier the Golden Lola for Best Unfilmed Screenplay during the 2019 Berlinale.

“Bloodsuckers” brings to life Karl Marx’s metaphor for the capitalist class as it skewers both Western greed and communist totalitarianism in a humorous satire that is very much in line with the German director’s forte. It follows such works as 2017’s “Self-Criticism of a Bourgeois Dog” and 2014’s “A Proletarian Winter’s Tale.”

Radlmaier compares his scripts to essays that combine different ideas and elements, from comedy and drama to philosophical and theoretical ideas. His works also overflow with political themes, past and present.

“Bloodsuckers,” he adds, asks questions about the crisis of capitalism, about gender, and about racist and right-wing movements.

Set in a seaside town in 1920s Germany, the film follows Ljowushka, a penniless Soviet refugee (played by Georgian actor-director Aleksandre Koberidze, a regular Radlmaier collaborator) who falls for a wealthy and enigmatic young woman. As Ljowushka seeks to improve his life and social position, he also begins to lose his moral compass. In certain societies, Radlmaier points out, getting ahead often means doing things that are not okay.

He was inspired to make the film while reading Marx’s “Das Kapital.”

“Marx uses a lot of gothic metaphors because he wrote it in the 19th century when this was very popular. So there are a lot of vampire metaphors.” (Indeed, ravenous capitalists, Marx writes, are “draining away the value of their workers’ labor to enrich themselves – just as supernatural vampires drain their victims’ life force to grow stronger.”)

“I’m interested in some aspects of Marxist theory, which are not to be confused with what we know from the 20th century as state socialism,” Radlmaier says. “My personal biographical interest comes probably from the fact that I grew up in West Germany and the first historical event was the Wall coming down.” He points to his upbringing in conservative Bavaria as a contributing factors behind his interest in Marx, noting that this tradition of thought was “a totally forbidden thing. It’s the evil stuff.”

That was made plain in the old Cold War-inspired schoolbooks still used when he was growing up, which depicted the West as “colorful, there were little trees, there was the Eiffel Tower, the Statue of Liberty, and the eastern part was just a gray uniform zone, like the Kingdom of Mordor or something.”

His interest in history and politics grew after moving to Berlin, where he met many people from Eastern Europe and made new friends from Russia and Georgia. Offering more food for thought was a resurgence of leftist ideas thanks to popular figures like Bernie Sanders and Slovenian philosopher Slavoj Žižek and a new perspective that Marxist tradition still offers potential and should not be completely discarded.

The promise of Marxism and failure of communism – how the idea of making a more just and equal society turned into a kind of nightmare in the 20th century, have been central ideas in his works, Radlmaier explains.