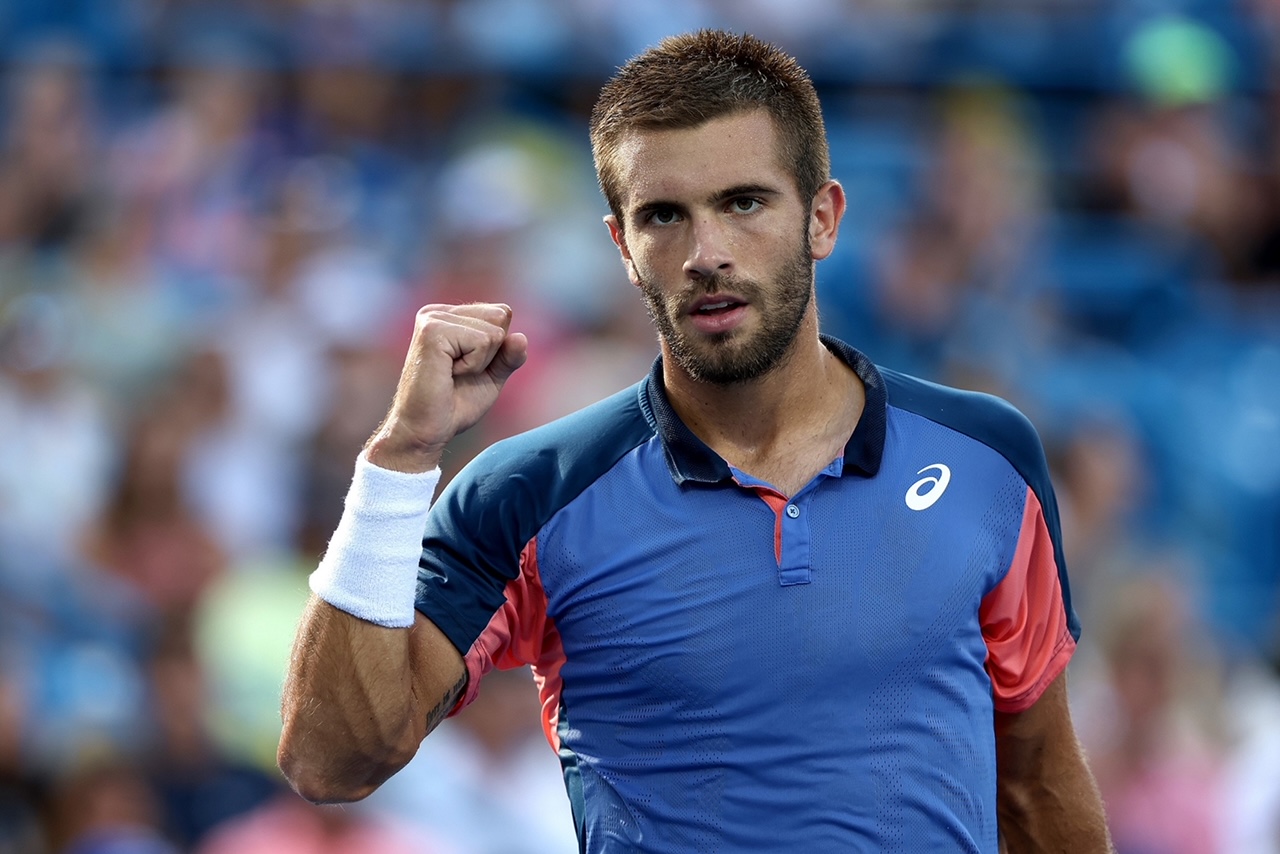 Twenty-six year-oldĆorić, who beat fellow MWTC contenders Cameron Norrie and Stefanos Tsitsipasen route to winning the Cincinnati Masters in August, will face Andrey Rublev at 6pm on the Championship’s opening day, at the International Tennis Centre in Zayed Sports City.

“I’m excited to be making my Mubadala World Tennis Championship debut in Abu Dhabi. I know there are a lot of Croatian sports fans in the region so it will be great to play in front of them. Playing in the Championship, with such a strong line-up, is the perfect start to my 2023 season,” said Ćorić.

En route to winning in Ohio, he recorded five successive victories over top-20 players, including World No.3 Rafael Nadal. He also won both his matches at the Davis Cup Finals last month in Malaga.

“Adding Ćorić to the MWTC roster is extremely exciting. He has just completed a fantastic season and is showing he deserves to be playing among the very best once more. In Abu Dhabi, he will certainly be in a strong field and I’m very much looking forward to watching him take on Rublev on the opening day.” said John Lickrish, CEO, Flash Entertainment. “Even though we are obviously disappointed at Frances’ withdrawal, our players’ health and wellbeing is always our foremost concern and we wish him a speedy recovery.”

“I was really looking forward to playing in the Mubadala World Tennis Championship for the first time but unfortunately, I have to withdraw because of an injury I need to let rest. I’ve heard so many good things about the tournament and was also very excited to visit Abu Dhabi. I’m sorry to all the fans out there that had been looking forward to seeing me play and hope to be there in the future,” said Tiafoe.

This year’s Mubadala World Tennis Championship, which runs from December 16-18 at the International Tennis Centre in Abu Dhabi’s Zayed SportsCity, features six of the best male players – including three of the world’s top five – as well as two of the best female players in World No.2 OnsJabeurand 2021 US Open champion Emma Raducanu.

Tickets for theChampionship start from AED 95 for adults and AED 45 for children and can be purchased on the event’s official website http://www.mubadalawtc.com.Select three-day packages offer a 20 percent saving, guaranteeing spectators a seat for the entire championship. Premier Hospitalitytickets also offer fans a premium F&B menu and courtside seating with prime viewing, while group purchases of 15 or more tickets can access a 15 percent discount by calling 800 86 823 or emailing customerservice@ticketmaster.ae.

More details about all available packages are available at http://www.mubadalawtc.com