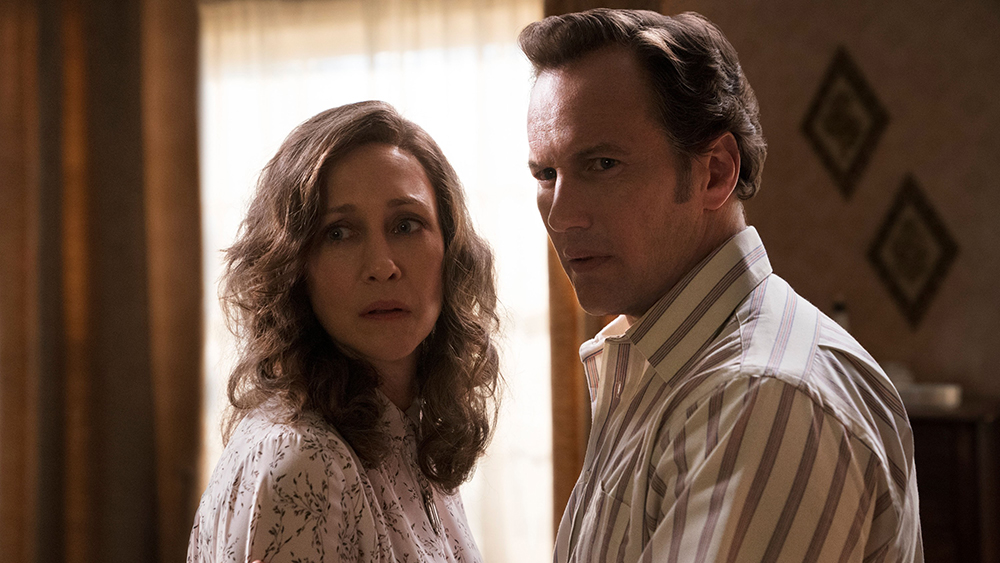 “The Conjuring: Devil Made Me Do It” is set to out-scare “A Quiet Place Part II” at the domestic box office this weekend, with an estimated 3-day gross of $25 million in 3,102 theaters.

Though Paramount’s “A Quiet Place Part II” solidified the biggest debut of the pandemic era last weekend with $48 million and continued to an extended gross of $58 million, its income this weekend is predicted to be $20 million, putting it in second place. On Friday, “The Conjuring 3” raked in $9.67 million while “A Quiet Place Part II” took home $6.08 million, giving “The Conjuring” a significant lead considering it also debuted on HBO Max.

“The Conjuring 3” sees Patrick Wilson and Vera Farmiga reprise their roles as paranormal experts, investigating demonic happenings that trace back to the 1981 murder trial of Arne Cheyenne Johnson. Films in “The Conjuring” universe have generally had solid box office success, and if its third installment brings in its estimated $20 million, it will be on-par with 2018’s “Annabelle Comes Home,” which debuted to the same number.

Box office battles such as the one between “The Conjuring 3” and “A Quiet Place Part II” continue to signal the comeback of moviegoing, after over a year of delays and empty theaters due to the COVID-19 pandemic. With the summer season coming up, blockbusters like Marvel’s “Black Widow” and James Gunn’s “Suicide Squad” can expect their numbers to near normalcy.

Disney’s “Cruella” is predicted to come in third place this weekend, with an estimated 3-day total of $11.2 million. Starring Emma Stone in a punk rock origin story about the “101 Dalmatians” villain, the prediction would bring “Cruella’s” total cume up to a healthy $43 million.

The PG-rated animated film “Spirit Untamed” also made its debut this weekend, and sits at No. 4 on estimated box office charts. Making $2.4 million on Friday, the family-friendly movie is expected to rake in $7 million over the weekend. Rounding out the top 5 is the consistent “Raya and the Last Dragon,” which should pull in another million, bringing its total to a solid $53.3 million.