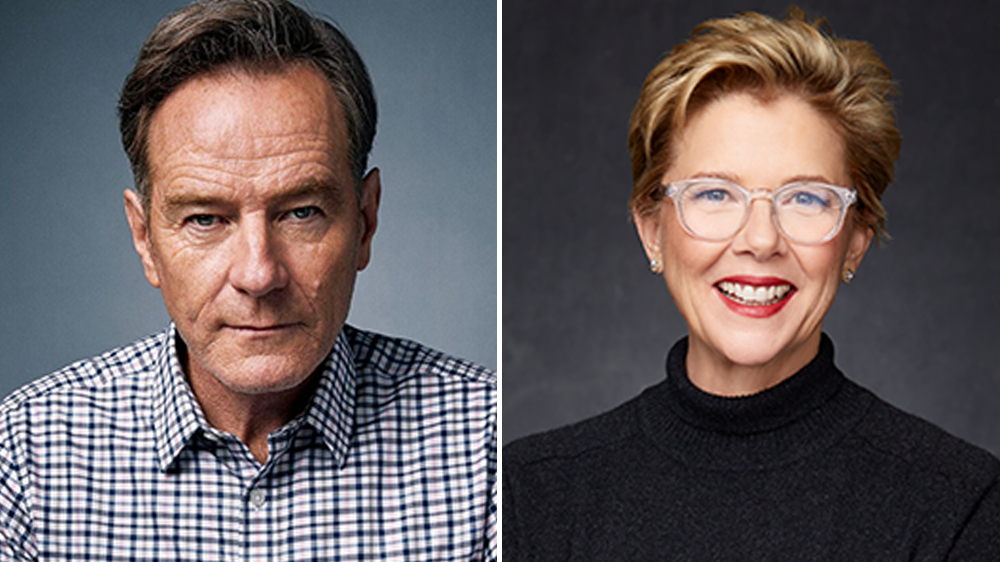 Paramount Plus is betting the house on “Jerry and Marge Go Large,” the true story of a lotto-scamming couple to be played by Bryan Cranston and Annette Bening.

Director David Frankel (“The Devil Wears Prada,” “Marley and Me”) will direct the tale of a retired Michigan couple who helps revitalize their community by deftly gaming the Massachusetts lottery.

Emmy nominee Brad Copeland (“Arrested Development,” “Wild Hogs”) penned the script for the project, one of several straight-to-service titles in the works at the ViacomCBS streamer. Gil Netter, the Oscar nominee behind “The Blind Side” and “Life of Pi,” is producing alongside Levantine Films (“Hidden Figures”). Kevin Halloran (“Ford v Ferrari”) is executive producing.

Landline Pictures, a division of MRC Films, and its leader Amy Bear will also produce. Netter, Tory Metzger and Renee Witt from Levantine developed and packaged the film based on an original article by Jason Fagone for The Huffington Post.

Cranston will play Jerry Selbee, a retiree who discovers a mathematical loophole in the Massachusetts lottery and, with the help of his wife, Marge, wins $27 million dollars and uses the money to revive their small Michigan town.

Cranston is an Emmy and Golden Globe winner who most recently starred in Showtime’s limited series “Your Honor,” for which also served as executive producer. He is also well known for his portrayals of Walter White on “Breaking Bad” and Hal on “Malcolm in the Middle.” On film, Cranston most recently appeared in Disney’s “The One and Only Ivan,” reprised his role as Walter White in “El Camino: A Breaking Bad Movie,” and starred opposite Kevin Hart and Nicole Kidman in “The Upside.”

Four-time Oscar nominee Bening will play Marge Selbee. She most recently appeared in William Nicholson’s “Hope Gap” opposite Bill Nighy, and Scott Z. Burns’ “The Report,” opposite Adam Driver, for which she received a Golden Globe nomination. She’ll next be seen in Kenneth Branagh’s “Death On The Nile,” and in “Nyad” from Elizabeth Chai Vasarhelyi and Jimmy Chin.