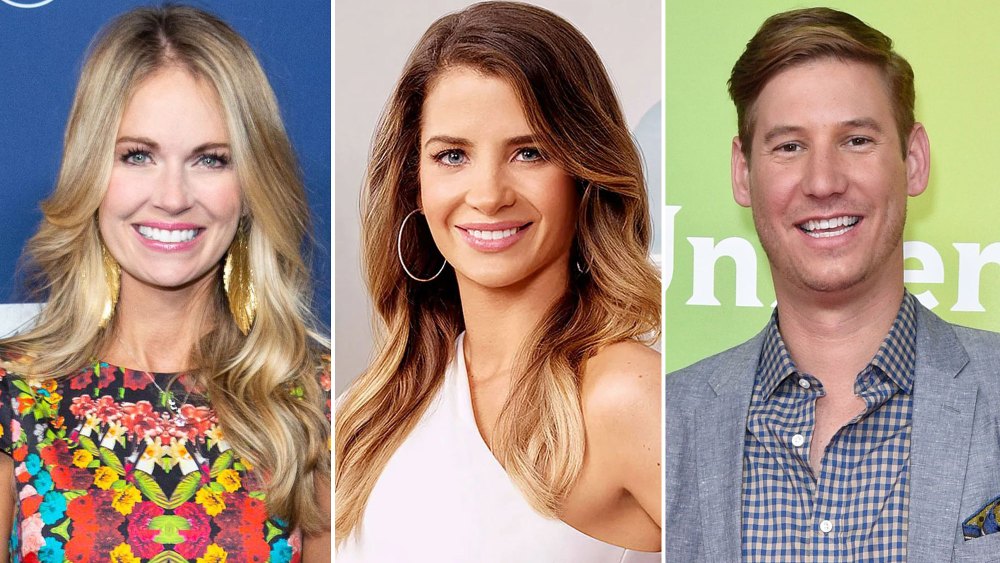 Still in the loop! Cameran Eubanks hasn’t stopped keeping tabs on her former Southern Charm costars since her 2020 exit, including Naomie Olindo and Austen Kroll.

The 38-year-old former TV personality walked away from the Bravo series after season 6 and both Naomie, 29, and pal Chelsea Meissner followed suit. Now, however, Naomie is set to return for season 8 of the show, which Cameran exclusively told Us Weekly wasn’t that big of a surprise.

“I think Naomie has been through a lot in her life and it felt like a good time to come back for her for whatever reason,” Cameran told Us earlier this month while promoting her new collaboration with Tuckernuck. “I don’t know. I mean, we’ll see what happens.”

The real estate agent, who has been friends with Naomie’s ex-boyfriend Craig Conover for years, noted that it “might be awkward” for the former flames to be back on the show together after their 2017 breakup.

Craig, 33, has since moved on with Winter House costar Paige DeSorbo, while Naomie broke up with her boyfriend of three years, Metul Shah, in summer 2021.

“I’m not sure if he was dating Paige yet when they started filming or not,” Cameran said, pointing out that the new romance could cause tension on screen.

The Real World: San Diego alum — who shares 4-year-old daughter Palmer with husband Jason Wimberly — revealed that while she hasn’t met Paige, 29, yet, she has kept in touch with Craig since her reality TV departure.

“He seems super happy,” she told Us, adding, “I follow her on social media and she seems so precious and genuine. I think he’s got it right this time. I think they’re the real deal.”

When it comes to former castmate Austen, 34, however, Cameran is aware of his recent Summer House shenanigans.

The Anderson, South Carolina, native confessed to Us that she didn’t watch Austen’s season 6 love triangle with Lindsay Hubbard and Ciara Miller unfold, but she does follow everyone on social media so she feels like she’s in the know.

“Austen has some pull on women. I don’t know,” Cameran said, referring to Austen’s drama with Lindsay, 35, and Ciara, 26, who got into a fight over him in the Hamptons while filming last summer. “I mean, I’ll give it to the guy, he’s tall. He smells good. I don’t know what it is, but yeah, women love Austen.”

The One Day You’ll Thank Me author added: “He’s never had a problem [getting a girl]. And they’re both gorgeous. Oh, my God, like, Ciara looks like a supermodel.”

In addition to keeping up with her Charleston buddies, Cameran has recently teamed up with Tuckernuck to launch a new women’s collection exclusively on TNuck.com.

“I have always been a genuine, longtime fan of Tuckernuck. I have been shopping on their site for years,” Cameran told Us. “So when they approached me to do a collaboration — first of all — I was just so flattered. It was just a no-brainer for me to do it.”

When it comes to her favorite pieces from the collection, the mother of one revealed she loves “everything,” especially the items with bold colors.

“I wear a lot of color. It makes me feel good. I would say the pieces are all happy pieces,” she added. “They’re bright, they’re fun. They are very versatile. … They’re kind of an ode to Charleston.”

With reporting by Christian Garibaldi