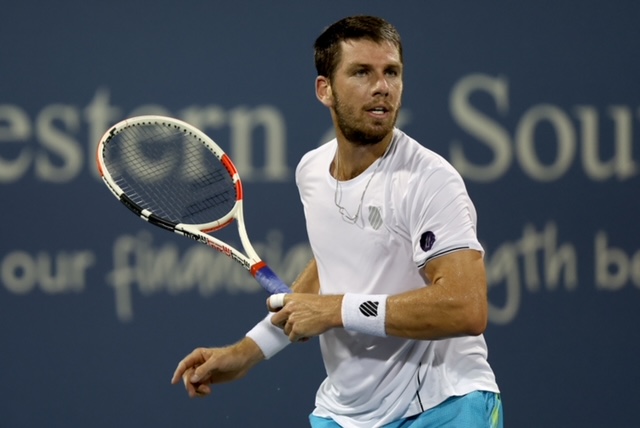 Cameron Norrie, Britain’s No.1 male tennis player, has been revealed as the seventh player at this year’s Mubadala World Tennis Championship. Organisers have confirmed the 2022 Wimbledon semi-finalist will join the all-star line-up for the annual tournament, which this year runs from December 16-18 at the International Tennis Centre at Zayed Sports City in Abu Dhabi.

The 27-year-oldis making his maiden trip to the UAE capital for the Championship and will join Britain’s No.1 female player Emma Raducanu in a star-studded line-up. Norrie has held the top spot in men’s singles in Great Britain since October2021 and reached a career high No.8 ranking this past summer, joining Greg Rusedski, Tim Henman, and Andy Murray as the only British males in history to break into the world’s top 10.

“I am excited for December, after seeing the impressive line-up for the Mubadala World Tennis Championship,”said Norrie, who has won one doubles title and four ATP Tour singles victories, including a Masters 1000 title at the 2021 Indian Wells Masters.

“I’ve never played in Abu Dhabi before so I am sure it will be a memorable experience and I’m looking forward to meeting my fans there, competing against some of the best names in tennis, and, of course, spending some time in the city.”

Norrie, whose participation in the UAE capital was announced during Lovin Abu Dhabi’slive morning show on Instagram, earned 52 wins in 2021 and 47 wins in 2022.Before reaching his first Grand Slam semi-final at Wimbledon, where he fell to eventual champion Novak Djokovic in four sets, the biggest victories of his career came against Dominic Thiem in the 2021 ATP Lyon Open, Stefanos Tsitsipas in 2022 Acapulco, and current World No.1 Carlos Alcaraz in the 2022 Cincinnati Open.

The announcement of the Britonfollows that of World No.1 Alcaraz, No.3 Casper Ruud, 2022 US Open semi-finalist Frances Tiafoe, and defending champion Andrey Rublev. The Championship will also feature a Women’s match on Day One as World No.2 Ons Jabeur returns to defend her title against Emma Raducanu, the 2021 US Open Champion.

“We continue to deliver on our promise to get the best names in tennis to participate in the UAE capital for the Mubadala World Tennis Championship and I have no doubt fans will love this year’s roster, which promises the chance to see this new generation of tennis stars –including the top-ranked male and female in Great Britain,” said John Lickrish, CEO, Flash Entertainment.

“Cameron Norrieis coming off the best season of his professional career, and I am sure that the tennis fans in the Gulf will be looking forward to seeing him in Abu Dhabi. We are excited to seeing him play in the UAE and witness the support he is sure to be shown inside the International Tennis Centre this December.”

Celebrating its 14thedition this year, the Mubadala World Tennis Championship will take place from December 16-18 at Zayed Sports City. As well as six of the world’s top male players, fans will also have the chance to catch two of the best players in the women’s game face off on the tournament’s first day. Theregion’s leading tennis experience will also bring its traditional mix of festive fun, interactive activities, and player meet and greets.

Tickets start from AED 95 for adults and AED 45 for children and can be purchased on the event’s official website www.mubadalawtc.com. Three-day packages offer a 20 per cent saving, guaranteeing spectators a seat for the entire Championship. Premier Hospitality tickets also offer fans a premium F&B menu and courtside seating providing prime viewing, while group purchases of 15 or more tickets can access a 15 per cent discount by calling 800 86 823 or emailing customerservice@ticketmaster.ae.