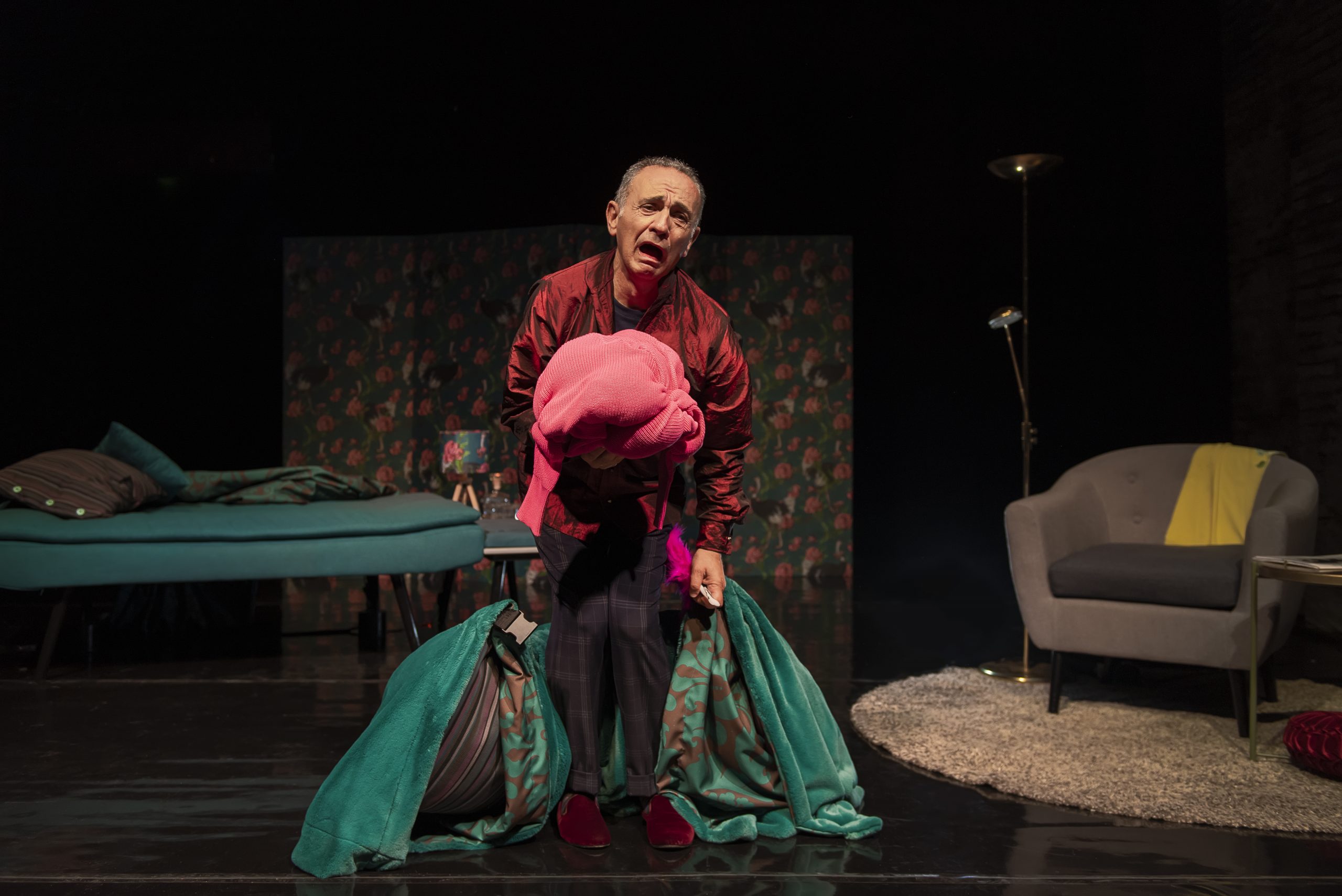 It leaked out a while back that the new “Fast and Furious” film, “F9,” would feature a sequence set in space — a setting that sounded, on paper, like it might be the logical culmination of all those spectacular gravity-defying leaps that the cars in this series are perpetually making. Yet I’m not sure if anyone will be prepared for what happens at the climax of “F9.”

Roman (Tyrese Gibson) and Tej (Chris “Ludacris” Bridges), who’ve been quibbling all through the movie, are behind the wheel of a red Pontiac Fiero that’s been outfitted with a rocket launcher. The car is hitched to the back of a space shuttle, which is preparing to send them into orbit; as they fumble around with makeshift yellow space helmets that look like they belong on a pair of 1960s aquanauts (all that’s missing is the rear-projection fakery), the sequence turns into pure cheeseball comedy. Roman, with his you’ve-got-to-be-kidding-me skepticism, and Tej, with his numbers-based quizzicality, are a funny duo, and that’s fine, but as the two head into space, with weightless candy wrappers flying around the car, all to accomplish a mission that doesn’t strike us as either plausible or necessary, the scene inspires the wrong kind of funny — the sound of an audience checking out of the movie, because the movie suddenly seems ridiculous.

We’re thinking: Is this when the “Fast and Furious” series jumps the shark?

Not so fast. At that moment, there’s no doubt that the movie walks right up to the shark, takes a good hard look at it, maybe even climbs aboard it, but doesn’t totally, fatally jump it. For one thing, there’s way too much going on apart from that borderline ludicrous space-camp interlude. But I’m not sure if that’s the kind of close call “F9” wanted to be remembered for.

The space sequence doesn’t last too long, and doesn’t pretend to be important. A more serious issue with the movie is that while it’s got a standard is-this-the-end-of-the-world-as-we-know-it? MacGuffin of a plot — can the villain put together the two halves of a small geodesic dome called Project Aries, which will allow him to control all the world’s computers and advanced weapons systems? (just writing that sentence, the suspense is eating me alive) — too much of what happens in “F9” feels stuck in the past.

That villain, for instance, is the brother of Vin Diesel’s Dominic Toretto. In a series of flashbacks, we see how both of them, when they were teenagers in 1989, saw their sports-car-driver father get blown to smithereens in a high-flying accident during a California speedway race. From that moment on, the brothers became estranged (the reason the accident happened is why), with Dom, played as a kid by Vinnie Bennett, growing up to become the loyal chrome-domed growler of fuel-injected velocity we’ve come to know and love, and his brother, played as a kid by Finn Cole, growing up to become the jealous, glowering, pumped-up but petulant Jakob (John Cena), who wants to rule the world in order to top his older brother.

Beyond that, the movie keeps looking back over its shoulder — at all the spy-team-as-family relationships the series has established, and at one key character we thought was deceased (the actor’s name is right there in the credits, but I’ll refrain from mentioning him). You could say that when a blockbuster film series is 10 movies — and two decades — old (“The Fast and the Furious” will celebrate its 20th anniversary in just a month), it has more than earned the right to look back. But the way franchises generally work is that good sequels look forward, or at least fixate on the present. In the ’80s, when Hollywood was going sequel-crazy but hadn’t quite figured out how to do it yet, a lot of bad sequels (like “Poltergeist II: The Other Side” and “Rambo III” and “Back to the Future Part II”) spent too much of their time meditating on what had already been. That was the films’ way of saying to the audience, “Remember when you all made this a hit?” Rarely is that an effective strategy.

The last “Fast and Furious” film, 2017’s “The Fate of the Furious” (I’m not counting the mano-a-mano spinoff “Fast and Furious Presents: Hobbs & Shaw”), had a present-tense thrum and the hook of a good espionage thriller, with Toretto set up to look like he’d betrayed his comrades. The director, F. Gary Gray (“Straight Outta Compton”), did a sleekly sensational job. “F9” is directed, once again, by Justin Lin, who put his extravagant stamp on “The Fast and the Furious: Tokyo Drift” and made the next three entries in the series, but considering that “F9” is Lin’s fifth “F and F” film and his first one in eight years, it goes through the motions with more energy than intoxication.

Okay, but what about the so-thrilling-it’s-palpitating action? Early on, our heroes, in several different vehicles, are in the midst of a rather ho-hum chase through the island greenery of Montequinto (watching it, I flashed back to “Return of the Jedi” and thought: Forests, for some reason, are not great backdrops for high-speed chases). They finally reach one of those endless stretching bridges made of rope and wooden slats. When the first car goes over it, leaving the bridge falling to pieces in its wake, it’s probably the suspenseful high point of the movie. Then Toretto approaches what is now a mile-wide canyon, and crosses over it — by somehow driving his car so that it hooks onto the bridge’s dangling-rope remnant, which acts like a slingshot. The scene is so over-the-top ludicrous that it’s if the filmmakers were saying, “Let’s put what would have been the grand climax of ‘Fast and Furious 4’ in the opening half hour.” Good enough. But what do you do for an encore?

“F9” features several sequences in which a truck that contains a super-powerful magnet goes rushing through the streets of London, attracting all sorts of metal, including a car, which is somehow less boss than it sounds. The movie also has a lot of hand-to-hand combat — too much of it, I would say — that happens aboard speeding vehicles. Why is this supposed to be exciting? I get it when the fighters are on the roof of a bus (then it’s all about: How did they do that? I can see it’s the real John Cena!), but when they’re just bashing each other inside the empty canister of a military truck, we might as well be watching a Jean-Claude Van Damme movie on wheels. Cena’s Jakob is teamed with several other baddies: the return of Charlize Theron’s tigress-sleek Cipher, plus the millennial Eurotrash slime Otto (Thue Ersted Rasmussen), who’s bankrolling the whole thing. But even with all three, the threat they pose feels generic.

Sometimes, when you least expect it, a successful franchise will essentially morph into a different series. Over time, the “Mission: Impossible” films became Bond films. The “Fast and Furious” films have become “Mission: Impossible” films. But “F9” isn’t constructed around an exciting mission. It’s built around Vin Diesel and John Cena playing out the angst from the Toretto brothers’ past. The family plot “works” (even as you’re aware of how thinly written Cena’s character is), but it’s not enough of an anchor; it’s more like an excuse. This series didn’t need more “heart.” It needed everyone onscreen to get up to speed.