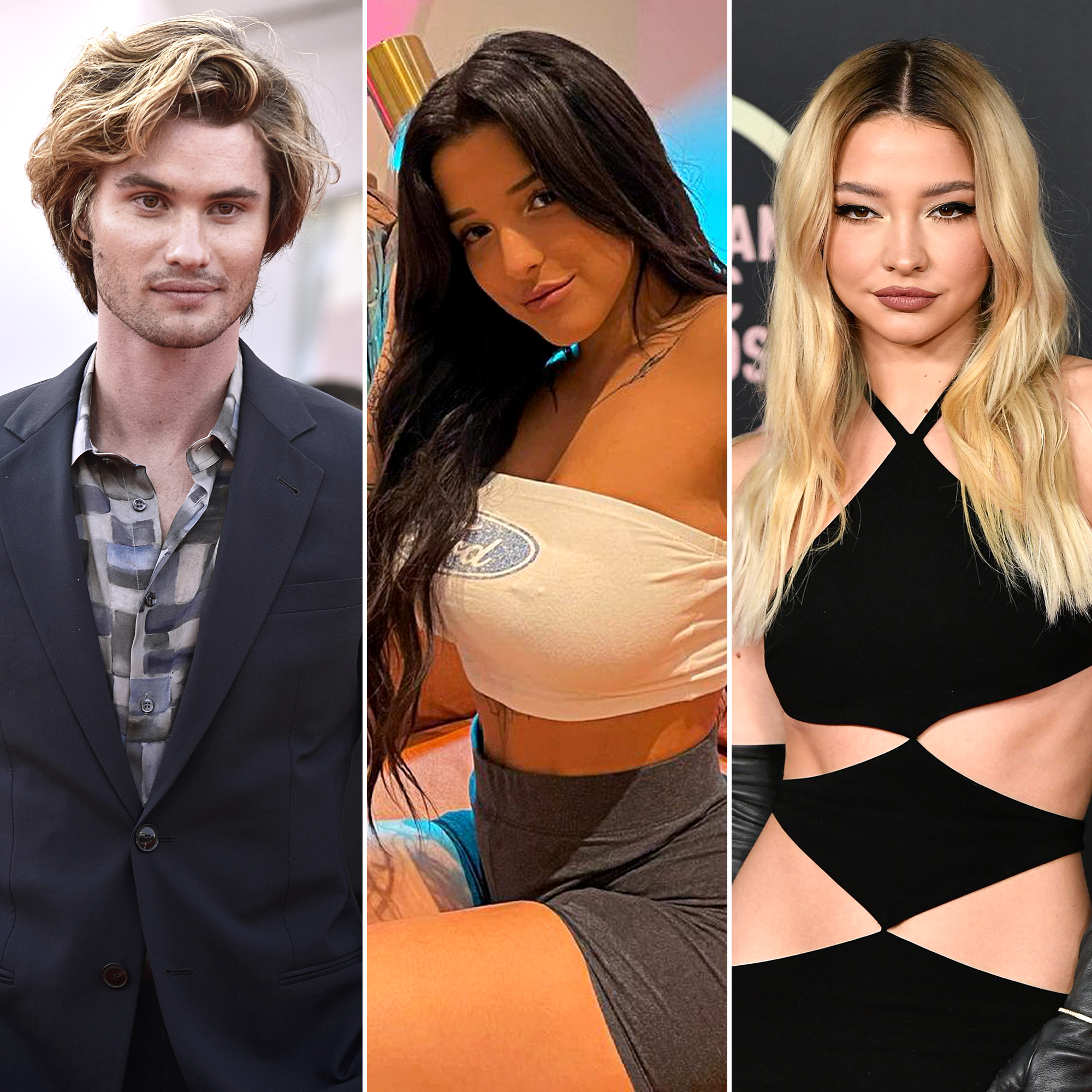 Mystery woman no more? Chase Stokes was recently spotted making out with someone new after splitting from Madelyn Cline — and the alleged woman is speaking out.

Val Bragg, who claims she was the one kissing Stokes, 29, in a now-viral TMZ clip, claimed in a Thursday, December 30, TikTok post that she’s received waves of negative messages from Outer Banks fans.

“I’ve been getting so many hate comments and DMs and people just calling me a home-wrecker and telling me that I’m the reason why Chase and his ex [Madelyn] broke up, and that’s not true whatsoever,” the 22-year-old, whose tattoos match those of the girl in the PDA video, said in her social media upload.

Us Weekly confirmed in November that Stokes and the Knives Out 2 star, 24, called it quits after more than one year together. Despite fans’ hopes for a reconciliation, the pair have each been spotted getting cozy with other people in the weeks since their split made headlines.

“As far as I’m concerned, they’re both single. They’ve been single for, like, over a month or so,” Bragg claimed in her TikTok breakdown, which is nearly three minutes long. (Stokes, for his part, has yet to address either the TMZ video or Bragg’s response.)

According to Bragg, she and her close friend were at Eden the Lounge in Orlando on Sunday, December 26, when “one thing led to another” and she allegedly “ended up just making out” with Stokes.

“I guess the lights turned on and somebody recorded us. We were both pretty drunk,” she claimed. “It was literally just two drunk people making out. … We’re not dating. It was nothing serious like that. No, it’s not like, ‘Oh, he moved on,’ or anything like that. I’m pretty sure he’s still going through it, and that’s OK because I myself am going through a breakup as well.”

Bragg joked that she probably was “not the first girl” the Tell Me Your Secrets actor has kissed since he ended things with Cline — and likely wouldn’t “be the last.”

The Netflix stars met in 2019 while filming season 1 of Outer Banks and initially didn’t pursue a romance off camera. However, things changed when they quarantined together amid the coronavirus pandemic.

“It was like an immediate test,” the Maryland native exclusively told Us in July 2020. “We’ve got really great communication, and the cool part is we’ve started a friendship first, which is awesome to be friends before you dive into a relationship.”

Fans began to wonder whether the twosome were on the rocks in September as Cline was spotted in Milan and Paris with Ross Butler. Butler, 31, told TMZ that Cline was “just a friend” shortly before her breakup.

“They’ve been trying to work it out for quite some time but decided going their separate ways was best,” an insider exclusively told Us of the exes in November. “They both have busy schedules, which made it hard for them to spend a lot of time together. They have no bad feelings toward each other and remain friends.”

Stokes made his appreciation for his former flame clear one month later, telling Us, “She’s one of my favorite people on planet Earth. … It’s super awesome to work with somebody that you care about that much, and yeah, I’ll leave it at that.”