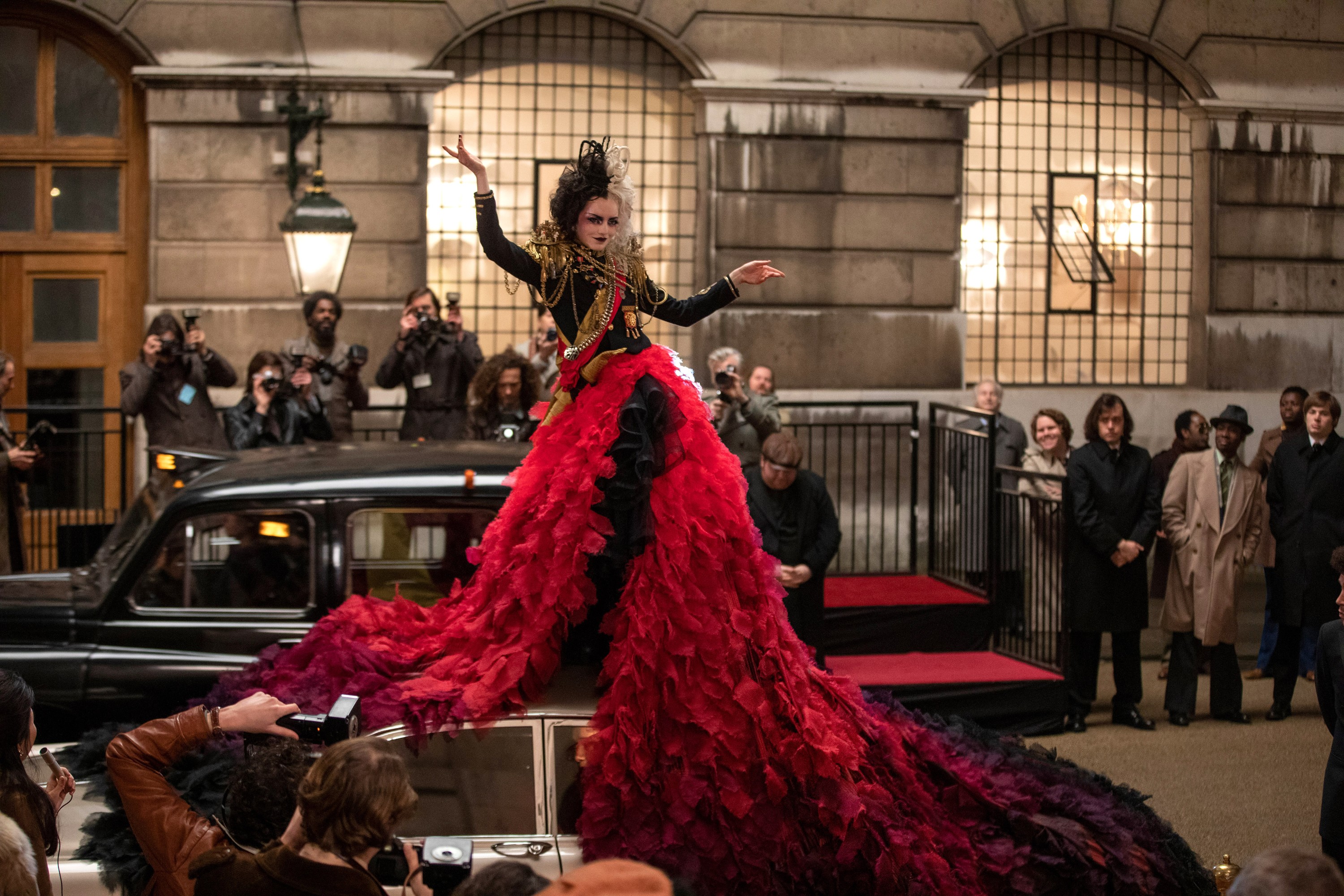 Disney’s “Cruella” strut into China on Sunday with a $1.78 million opening day, coming in sixth in a slow weekend behind reigning box office champ “F9,” according to data from Maoyan.

Day one China figures for “Cruella” were less than a fourth of the $7.7 million the film grossed on its May 28 opening day in North America, where it premiered in theaters and on Disney Plus via a $30 fee. It went on to gross $26.5 million over the Memorial Day weekend, making it the third highest North American debut since the pandemic began.

Although local reception of the Emma Stone-starring title was likely dampened by its unusual Sunday release, its gross nonetheless marks Disney’s second strongest China opening day since the start of the pandemic. It falls behind Mulan’s $8.5 million opening day in September but ahead of debuts for “Raya and the Last Dragon” ($1.4 million) and “Soul” ($700,000).

Sales for “Cruella” accounted for around 12% of the country’s total Sunday box office, after it had been allotted 11% of screenings nationwide. It earned just $9,000 in midnight screenings, according to Maoyan.

Disney has not released any audience data publicly, but said that performance for “Cruella” on Disney Plus is “strong.” Even before its second weekend in U.S. theaters, the studio announced last week that it is already preparing a sequel. The Disney Plus platform is unavailable in China.

Meanwhile, “F9” continued to rake in the renminbi at first with a $8.89 million weekend, according to Maoyan, with $770,000 coming from Imax screens. It has continued to more than 18.5% of the total screenings nationwide since its debut, despite nationalist backlash against lead star John Cena for calling Taiwan a country in a Chinese-language interview. Cena issued a groveling apology after the incident came to light.

The film has earned $203 million in China so far. It isn’t set to hit the U.S. until June 25, a full five weeks after its China debut.

In second place this week was 3D Japanese animation “Stand By Me Doraemon 2,” which grossed $7.72 million, bring its total gross up to $36.4 million.

“A Quiet Place Part II” slunk into third with $5.54 million. Following a $15 million China opening weekend, it has now grossed $29 million in the country so far of what Maoyan currently predicts will be a $36.5 million run.

Zhang Yimou’s “Cliff Walkers” clung on despite nearly 40 days in theaters to come in fourth with a $3.28 million weekend, bringing its total sales up to $178 million.

The only other two films that earned more than $1 million this weekend were romantic dramas. “Love Will Tear Us Apart” came in fifth with $2.52 million.