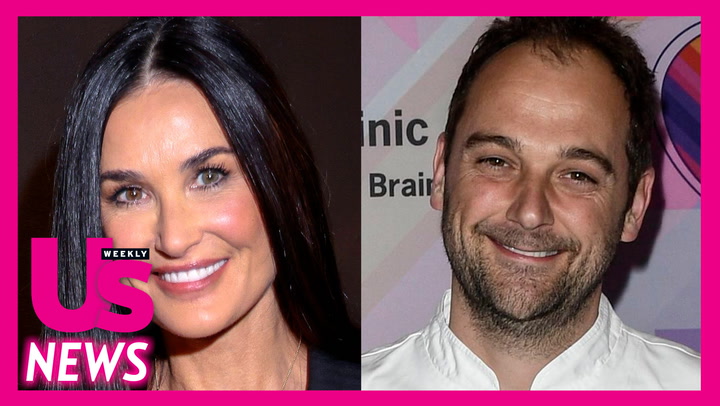 A perfect pair. Demi Moore and chef Daniel Humm have been living the sweet life together as a new couple.

Us Weekly confirmed in early April 2022 that the duo are dating, a few days after they were spotted sitting together in the front row of a fashion show during Paris Fashion Week. “Demi met Daniel through mutual friends and they clicked right away,” a source told Us exclusively after news of their relationship first broke. “He’s very charming, loves the finer things in life and is extremely cultured, plus they share the same devilish sense of humor and sense of adventure.”

“They’ve had some fantastic times together,” the insider said, adding that the couple had visited New York, Los Angeles “and other locations.”

Originally from Switzerland, Humm earned his first Michelin star before he turned 24 and soon after, he moved to the United States. He is best known as the chef/owner of Eleven Madison Park in New York City, which is regarded as one of the best restaurants in the world. In June 2021, Humm made waves in the food world when he transitioned the acclaimed eatery’s menu to be entirely vegan, making it the first restaurant with three Michelin stars to serve entirely plant-based food.

Like Moore, the NoMad Cookbook author is divorced and he shares three children with his first wife, Geneen Wright. The Ghost actress, for her part, was married to Freddy Moore from 1980 until 1985, before tying the knot with Bruce Willis two years later. The pair welcomed three daughters: Rumer in 1988, Scout in 1991 and Tallulah in 1994.

Moore and Willis called it quits in 2000 after 11 years of marriage. Despite their split, the Stakeout costars have maintained a close relationship and often celebrate their blended family. (Willis married Emma Heming Willis in 2009 and they share two daughters, Mabel and Evelyn.)

“It’s a process of learning to love yourself,” Moore — who was also married to Ashton Kutcher from 2005 to 2013 — said during a July 2020 appearance on SiriusXM’s The Jess Cagle Show about navigating the ups and downs of her love life. “Accepting who you are just as you are. For me, I had changed myself so many times over and over to fit what I thought somebody else wanted.”

She continued: “It’s that idea that we’re kinda conditioned to work toward being desired, but we’re not supposed to have desires of our own. It really is commendable in our disposal times to go through the journey of really honoring the love that brought you together in the first place and to really give it everything you’ve got. But you can’t do that without that love and acceptance of yourself.”

Keep scrolling to see the complete timeline of Moore and Humm’s international romance: