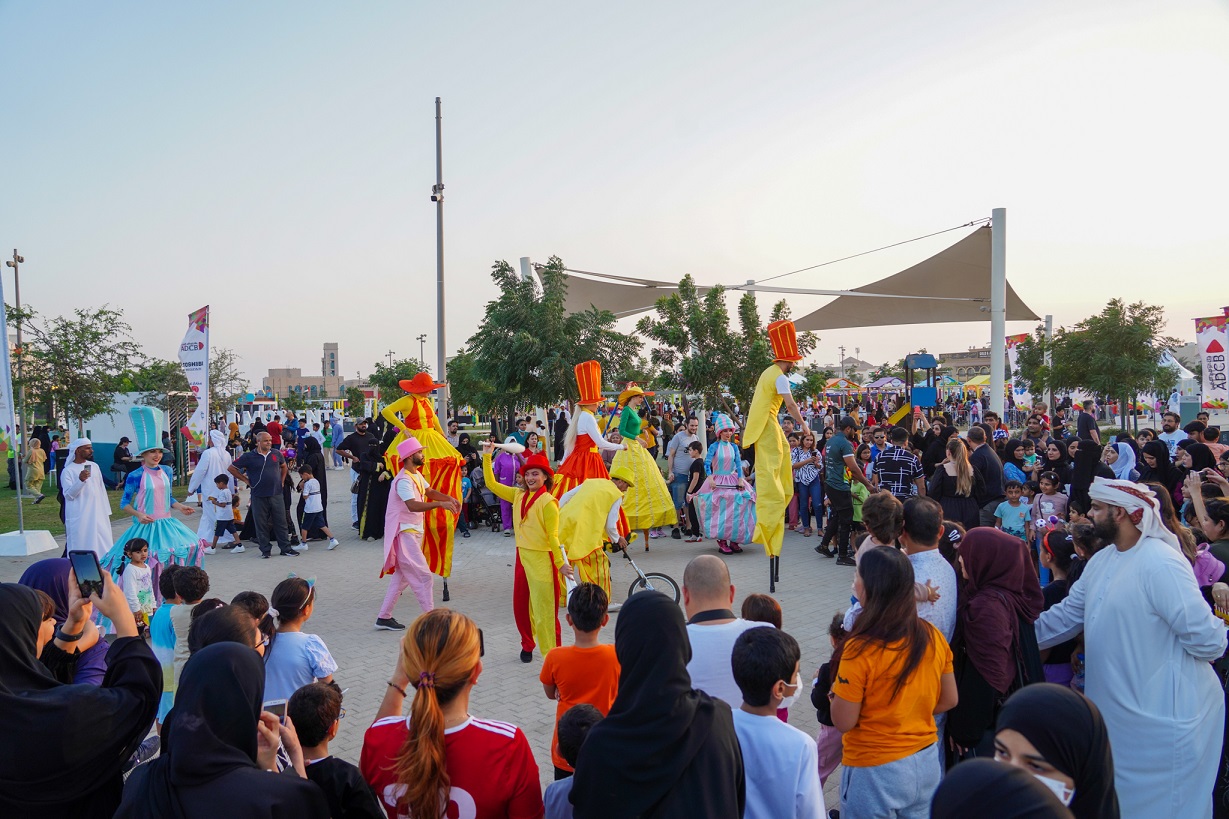 The Department of Community Development has announced the successful Abu Dhabi Moments kick-off at Khalifa Square in Khalifa City, Abu Dhabi. The event attracted more than 57 thousand community members who participated in the exciting event. An array of attractions and activities were enjoyed by visitors of all ages.

Following the success of the launch, the DCD announced that the next stop for Abu Dhabi Moments is at Al Jahili Park in Al Ain this coming weekend and it will run from November 18 until November 20, 4:00 pm to 11:00 pm.

Abu Dhabi Moments opened with various entertaining and social events and activities, starting with the Ayala and music from the Abu Dhabi Police Band, along with more than 60 shows and activities including educational workshops for children, discussion sessions, social sports activities, bubble and balloon shows for children, magician, roaming performances and other exciting events.

Abu Dhabi Moments attracted participation from several public entities, private companies and third sector organizations who offered giveaways and prizes that were distributed to the visitors.

Commenting on the success of the initiative, H.E Mohamed Helal Al Balooshi, Executive Director of the Community Engagement and Sports Sector at DCD said, “The astounding success of the launch of Abu Dhabi Moments on its second edition and the huge engagement of the community with us reflects the initiatives objectives in promoting the values ​​of community cohesion and integration among all segments and spectrums of the Emirate of Abu Dhabi society, and promoting the values ​​of community participation and volunteering through a series of various interactive activities that would raise the standard of living in the emirate.”

Al Balooshi added: “This great success does not stop there; this is just the beginning. For next weekend, Abu Dhabi Moments will be at the Al Jahili Park in Al Ain. We are taking the initiative out of the city for the first time and we encourage community members in Al Ain and nearby areas to come join us and partake in the joy of turning moments into special memories. We thank the Abu Dhabi community for the overwhelming support and most of all, we also thank all the participants and sponsors because without them, it would not have been a massive success.”

Abu Dhabi Moments includes a number of well-curated entertaining, recreational, sporting and interactive events that are lined up to involve all members of the community of different ages and nationalities at notable locations in Abu Dhabi, Al Ain and Al Dhafra region including Khalifa Square where the initiative kicked off followed by Al Jahili Park in Al Ain City, Al Dhannah City at Al Dhafra, Mussafah Area in Abu Dhabi city, Mohamed bin Zayed City Public Park in Abu Dhabi City, concluding its activities at the Capital Park in Abu Dhabi City downtown.