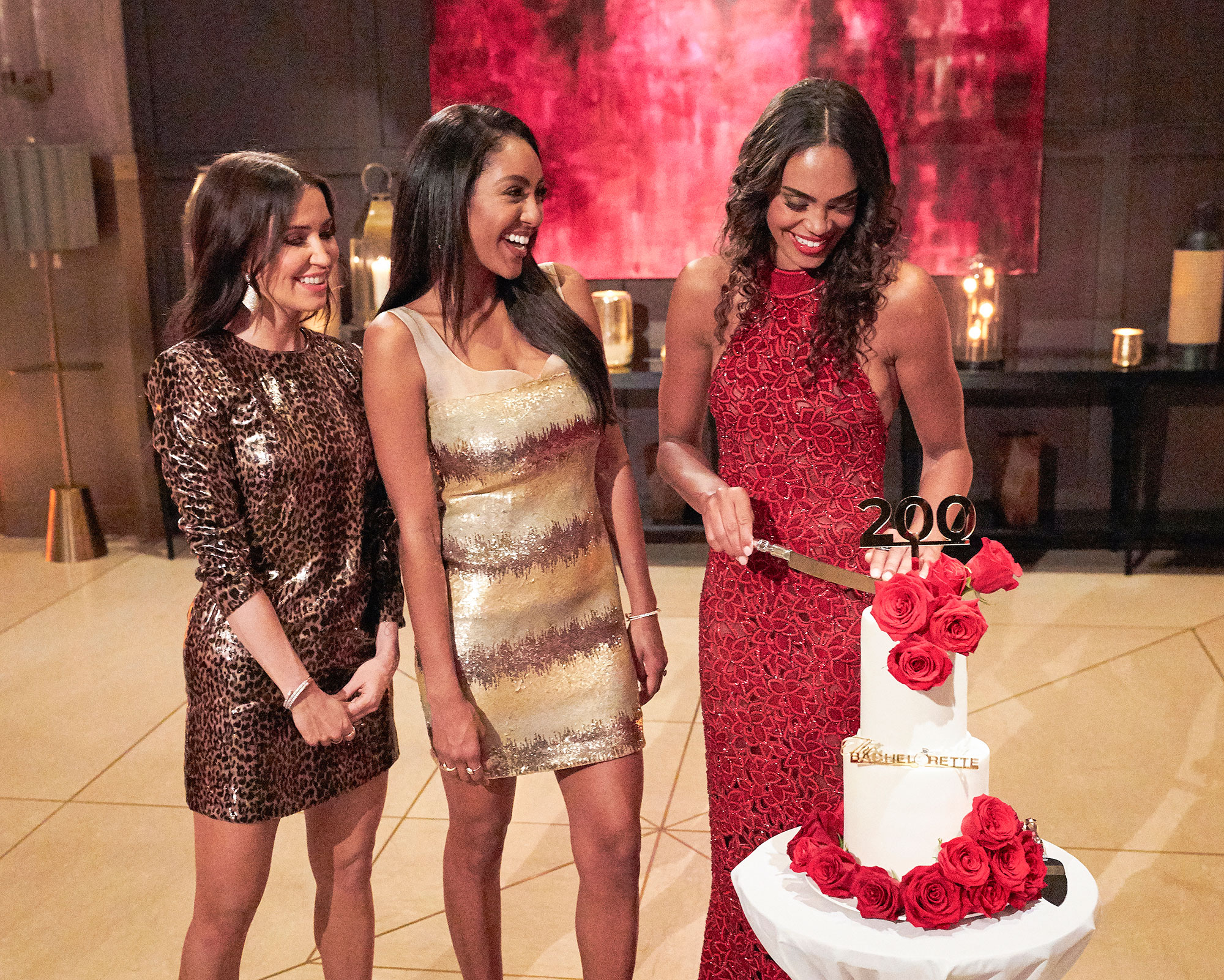 Meet the final four! Michelle Young said some difficult goodbyes during the Tuesday, November 23, episode of The Bachelorette.

Michelle’s ‘Bachelorette’ Season: Everything to Know

Michelle and her remaining eight suitors were still in Minnesota, so she tasked some of her students with planning her dates for the week. Clayton impressed the kids by building a fort, so they selected him for the first one-on-one. Going into the date, Michelle wanted to find out whether her feelings for Clayton could develop enough to justify meeting his family on a hometown date, while he felt that she could be The One. However, Michelle sensed that something was missing with Clayton, so she sent him home.

Clayton confessed that although Michelle helped him open up, he wanted to retreat into his shell again after their split. The next day, two of Michelle’s students wrote farewell letters to Clayton, assuring him that he would find his person eventually. He broke down in tears and shared that he wanted to begin the next chapter of his life by falling in love and starting a family. (During the blooper shown at the end of the episode, one student predicted that Clayton would be the next Bachelor — something Us Weekly confirmed in September.)

Michelle then went on a group date to a farm. At the afterparty, Nayte told her that he was falling for her, and she replied that she was “tumbling down a hill so fast falling for” him. Michelle believed that her remaining men were genuine, but Olu warned her about Martin after he claimed she was “immature” for not yet working through the childhood trauma she wrote about in a poem weeks earlier. Martin also told fellow contestants that he questioned what Michelle stood for and whether she had been paying attention to him when they spoke.

Michelle confronted Martin, but he denied saying she was immature. He attempted to talk his way out of the situation by repeatedly interrupting her and, as she put it, telling her how she should feel. Michelle informed Martin that she did not trust him anymore, so she had to eliminate him. She was upset that he saw her vulnerability as a flaw, while Martin said that he felt “sad” for Michelle and wouldn’t even give her a shot anymore. “A woman like that does not deserve my time,” he added. After Martin’s exit, Nayte received the group date rose.

Brandon landed the second one-on-one date as Michelle introduced him to some of her favorite Minnesota spots, including her childhood home. Michelle felt like Brandon could be her best friend and she believed he held his own while meeting her parents. He even spoke with her mom and dad privately so that he could ask for their blessing to marry her. They agreed that they would support Michelle’s decision if she believed he was her person.

At dinner, Brandon gifted Michelle with a bracelet that his mother told him to give her if she was The One. He also shared that he was falling in love with her. Michelle offered Brandon a rose and noted that her feelings grew stronger after seeing new sides of him during their date.

Michelle later canceled the cocktail party before sending home Rick and Olu during the rose ceremony. Nayte, Brandon, Joe and Rodney made it to the final four.

The Bachelorette airs on ABC Tuesdays at 8 p.m. ET.

0 comments on “Emotional Exits! Michelle Young Picks Her Final 4 on ‘The Bachelorette’”