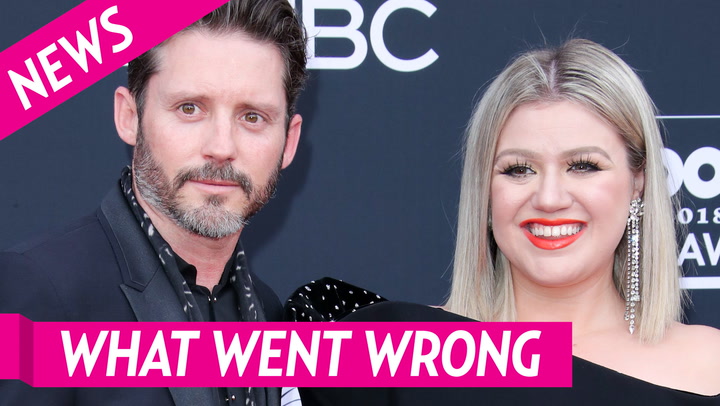 Keeping it real. Kelly Clarkson surprised some when she filed for divorce from Brandon Blackstock on June 4, 2020, after nearly seven years of marriage.

At the time, a source exclusively told Us Weekly that the former couple “clashed on so many levels and being in quarantine together [amid the coronavirus pandemic] heightened their problems to the point of no return.”

The insider added that the pair, who tied the knot in October 2013 and later welcomed two children, daughter River Rose and son Remington, “definitely didn’t” have a perfect marriage.

The former American Idol winner made it clear in April 2015 that Blackstock wasn’t her “other half,” noting that the two did, however, have a lot in common.

“He’s a whole and I’m a whole,” the “Miss Independent” singer told Redbook at the time. “I’ve never believed in someone taking care of me, and that’s probably because I grew up poor and without a lot of family stability.”

Clarkson added: “We put each other first. I call it the oxygen-mask mentality — take care of yourself first!”

Since calling it quits, Clarkson has been even more open about her dynamic with her estranged husband and how she’s feeling amid the breakup.

“I mean, it’s no secret. My life has been a little bit of a dumpster,” the Grammy winner said in September during an interview on Sunday Today With Willie Geist. “Personally, it’s been a little hard the last couple months.”

When it comes to their family, however, the Voice coach has vowed to use discretion. In addition to their two children, Blackstock is father of two children, Savannah and Seth, from his previous marriage to Melissa Ashworth.

“What I am dealing with is hard because it involves more than just my heart. It involves a lot of little hearts,” the “Already Gone” singer said during the season 2 premiere of The Kelly Clarkson Show in September. “We have four kids and divorce is never easy. We’re both from divorced families, so we know the best thing here is to protect our children and their little hearts.”

Scroll down to see what the “Since U Been Gone” singer has said about her split from Blackstock.