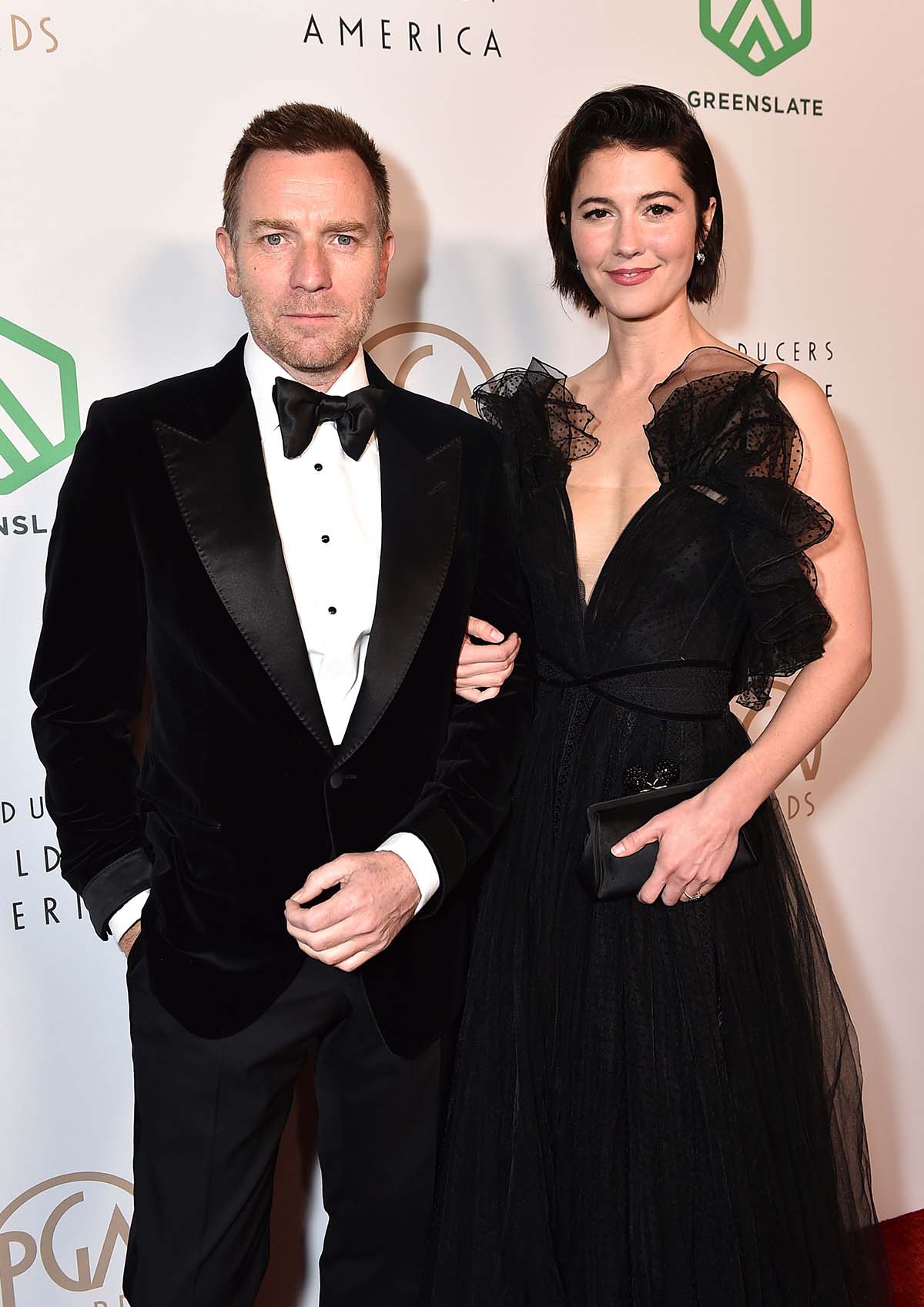 The Obi-Wan Kenobi star, 51, married the Birds of Prey actress, 37, in an intimate ceremony in front of their friends and family, People reports.

McGregor and Winstead first brought their onscreen romance to life after working together on the FX series Fargo in 2017.

The duo first sparked relationship rumors in April 2017 when they were spotted getting close on the set of the hit series, where McGregor played twins Emmett Stussy and Ray Stussy, and Winstead portrayed Nikki Swango, Ray’s fiancée.

“Fargo is such a dream because it’s everything you want,” the 10 Cloverfield Lane actress told Glamour in April 2017. “It’s the best material. I knew just from the history of the last couple of seasons that every single female role [on this show] has been so rich and layered and fascinating.

The Passions alum was married to husband Riley Stearns at the time, though she filed for divorce from the filmmaker, 35, a month later.

“Sitting here with my best friend who I love with all my heart. We have spent our lives together and it has been full of joy and warmth every day,” the actress wrote via Instagram in May 2017, announcing her split from Stearns. “We’ve decided to move on from our marriage, but we will stay best friends and collaborators for all our days.”

In October 2019, the Star Wars actor gushed about his new relationship with Winstead, telling Men’s Journal he felt “light” while dating the North Carolina native. “I am better, I am happier. I think that’s true,” he revealed.

Bode Miller and More Celebrity Parents With the Biggest Broods

The lovebirds welcomed their first child, Laurie,10 months, in June 2019, and bought their first house together in 2020.

McGregor and Winstead most recently attended the Producers Guild Awards in Los Angeles in March, where a diamond ring could be spotted on the Promised Land star’s finger.