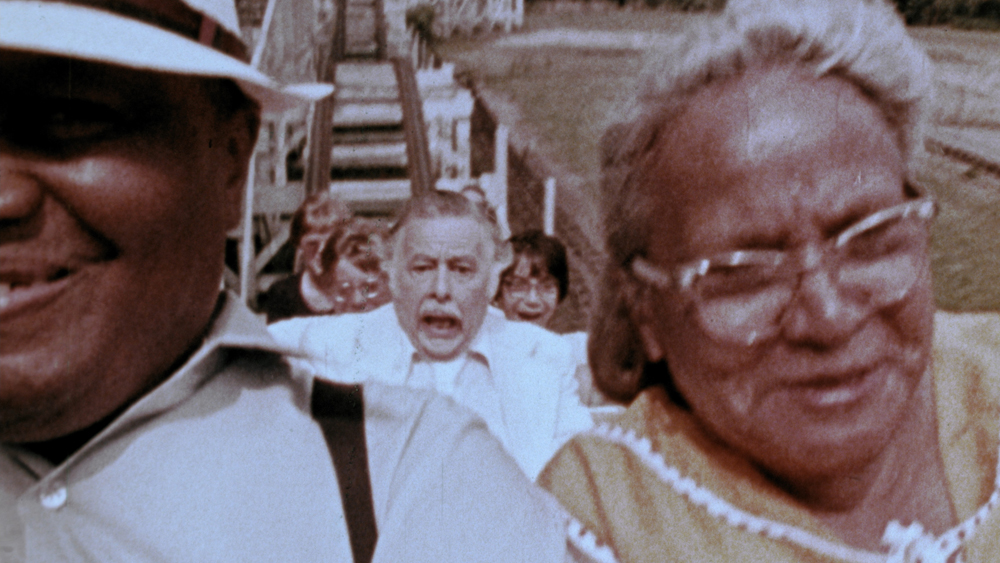 Producer Suzanne Desrocher-Romero is in the process of completing her late husband George A. Romero’s first attempt at filmmaking, which tells the story of an African American father and his son.

Although the horror pioneer is often dubbed “Godfather of Zombies,” the unnamed 21-minute silent short – thought to have been shot in 1961 – remains ghoul-free.

The film got shelved, according to Desrocher-Romero, when the “Night of the Living Dead” director’s commercials company Latent Image started getting more work and remained untouched.

Desrocher-Romero, who founded the George A. Romero Foundation (GARF) – dedicated to preserving the director’s legacy – two years ago, is now in the process of “knitting together” a narration and some music for the film, which she hopes to release on the festival circuit later this year.

The narration comprises of a poem, “Romero’s Elegy” (also now the film’s title), which was written by Romero’s long-term collaborator Richard “the Rev” Ricci, who died last year. It will be narrated by “Day of the Dead” actor Terry Alexander.

Toronto-based Desrocher-Romero added that she’s in the process of getting the soundtrack licensed, which comprises of “old jazz that the boys were listening to at the time.”

Romero’s widow spoke to Variety ahead of an International Film Festival Rotterdam screening of her husband’s 1973 public information film “The Amusement Park,” which is running in the festival’s heritage sidebar Cinema Regained.

Romero was given free rein to make a film for the Lutheran Society for Senior Life designed to highlight ageism.

It features Lincoln Maazel (who would later appear in Romero’s “Martin”) as a sprightly and enthusiastic older man who enters a Pittsburgh theme park only to be intermittently beaten, verbally abused, ignored, mocked, and robbed by the younger crowds throughout the course of the park.

The director’s intentionally disturbing 57-minuter was considered too brutal for the Christian charity, who consigned it to the vaults, before it was unearthed for a Romero retrospective in Turin in 2017, three months before the director’s death.

Desrocher-Romero added that she was shocked by its content when she viewed the copy a curator sent over. “It was shot in three days on a budget of $37,000, but it was so edgy and had George’s footprint all over it – but he’d just dismissed it as this little industrial film that he’d made a long time ago,” she says.

Following a limited theatrical release in the U.S. two years ago “The Amusement Park” was picked up by art-house genre specialist Yellow Veil Pictures last June, which acquired worldwide rights.

The deal gave the “lost” film a further lease of life on AMC Network’s horror streamer Shudder in the U.S., UK, Ireland, Australia and New Zealand.

According to Yellow Veil cofounder Joe Yanick, theatrical deals are also in place in France (Potemkine) – where it was released this week – as well as Germany/Italy (Koch Media) and Japan (King Records), with more deals set to follow this summer.

While it was reported this year that Desrocher-Romero is taking Romero’s sixth and final zombie feature “Twilight of the Dead” to the screen – with a script penned by the late director’s writing partner Paolo Zelati and screenwriters Joe Knetter and Robert L. Lucas – the producer adds that she’s yet to find a director and an executive producer to get this last chapter off the ground.

“Right now there’s a buzz: Fans are excited about it, the media is excited about it but I’m still looking for the right team – because it’s George’s last chapter and I’m guarding it with my life – so until that happens it’s staying in my draw,” she says.