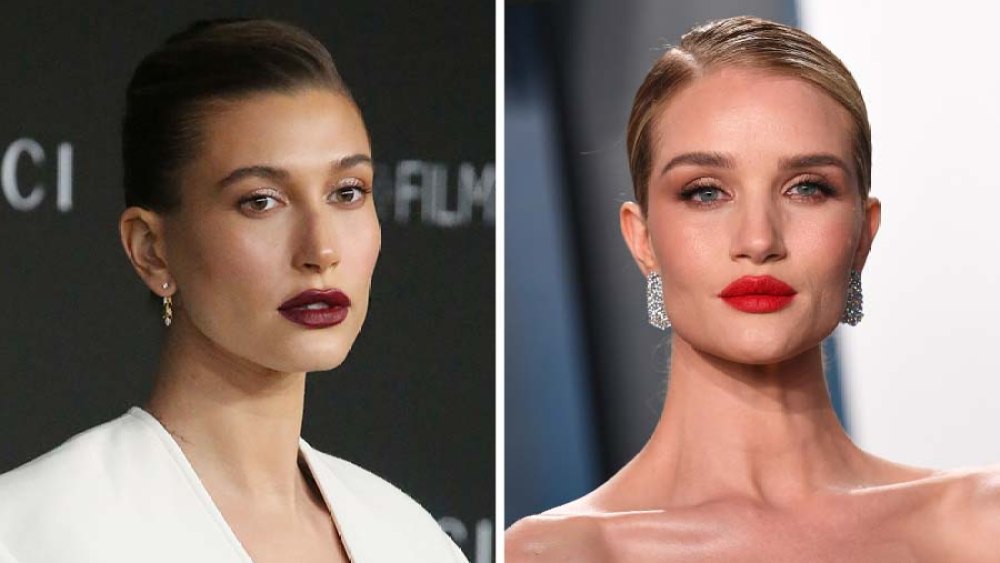 Planning ahead! Hailey Bieber (née Baldwin) is already thinking about her future family with husband Justin Bieber, so she consulted Rosie Huntington-Whiteley — who is pregnant with her second child — for parenting advice.

The 25-year-old model released a deleted scene from her “Who’s in My Bathroom?” YouTube series on Friday, December 10. “I literally know zero about being a mom, but I do want kids one day,” she began. “What’s your biggest piece of advice?”

After noting that Hailey will “make a lovely mum,” Huntington-Whiteley, 34, shared her wisdom.

Huntington-Whiteley quipped that she is “really lucky I can call my mum on my bathroom floor, sobbing, asking for her for advice.” Hailey chimed in, “Same, by the way.”

The England native elaborated that the women in her life have been there for her when she needed guidance. “You lean into your grandmother’s, your mother’s advice, older women around you that have been through it,” she said. “The amount of, like, camaraderie and support that I felt from women was just like nothing else I’d experienced, and it is really just a wonderful bond to have between other mothers.”

Huntington-Whiteley announced in August that she is expecting her second child with fiancé Jason Statham. The couple — who confirmed their engagement in 2016 after nearly five years of dating — previously welcomed son Jack in June 2017.

Hailey, for her part, has been open about her marriage with Justin, 27, since tying the knot in September 2018.

Celebrities Who Have Slammed Pregnancy Rumors

“I always like to be careful when I’m giving people advice because I don’t want to come at it like I’m some expert,” she explained on The Ellen DeGeneres Show in November. “I’m newly married. I got married quickly. I’m still taking it a day at a time and I’m still learning a lot.”

One month earlier, Justin hinted that he and Hailey would start their family soon. “My intention for 2021 is to continue to set goals and have fun while doing them. Make sure I put my family first and hopefully we squoosh out a nugget,” he suggested in Justin Bieber: Our World.

When Hailey responded that she did not know and they would “see” what happened, Justin assured, “It’s up to you, babe.”