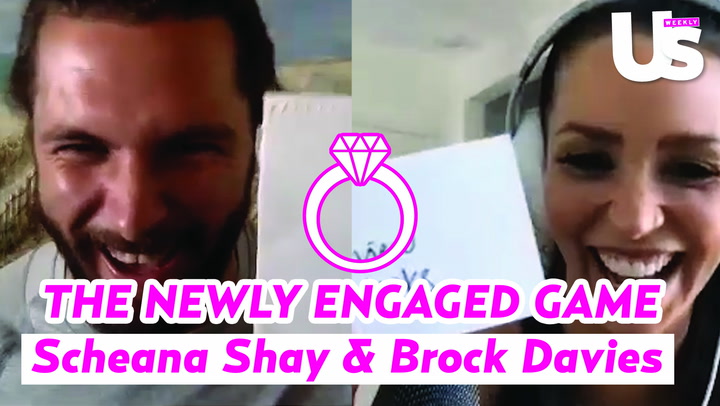 Ready to hash it out. After the dramatic ninth season of Bravo’s Vanderpump Rules, the cast sat down with executive producer Andy Cohen to spill the tea on everything that went down.

The SUR owner, 61, for her part, chimed in, “I know, and I haven’t been on Watch What Happens Live for a while, have I?”

The Missouri native jokingly quipped: “I know, you’re blowing me off. What’s happening there?”

After the Bravo star [quipped, “Don’t you wish?” Cohen added, “Oh, the night is young.”

Several of the entrepreneur’s VPR costars also joined her on the set for the taping.

“Reunion time,” Brock Davies, who’s engaged to Scheana, captioned an Instagram Story clip on Friday, while cheering on his love. “Um, excuse me guys, get with the memo! Honey, come on, give me something. Oh, you look good on this side.”

The ninth season of the Bravo hit, which debuted on the network in September, began filming May with some notable changes. After OGs Jax Taylor, Kristen Doute and Stassi Schroeder exited the show following season 8, the cast looked a bit different moving forward. (Stassi, Kristen, Max Boyens and Brett Caprioni were let go after past racially insensitive remarks resurfaced in June 2020, while Jax and Brittany Cartwright chose to leave after welcoming their son.)

“When you go from having, like, 20-something castmates to basically 12, it’s an adjustment, but I think good it’s because we have the time, we can go a little bit deeper with each person versus having to kind of skate on the surface. I mean, at one point last season, they were splitting the screen and stuff,” Tom Sandoval exclusively told Us Weekly in September ahead of its season premiere. “Sometimes things have a tendency to slip through the cracks when you have so many castmates that are actually really important aspects of our lives, but when you have a little bit less, we’re more involved, it’s deeper. And I actually really liked that change.”

The Real Housewives of Beverly Hills alum, for her part, also couldn’t help but gush over the season’s production.

At the time, she waxed nostalgic about her castmates who’ve grown tremendously since the show’s series premiere in 2012.

“I think I’ve seen Ariana [Madix] grow up,” Lisa explained. “I’ve seen Sandoval. [Tom] Schwartz is still very much a puppy dog. I’ve seen a lot of maturity in some of them, for sure, because a lot of them have worked for me for years prior to being on the show. So, just to see them taking chances — I mean, they’ve bought their own houses, they have a modicum of responsibility in having children. So yeah, there’s been quite a lot of growth.”

Scroll below to learn more about the season 9 reunion:

0 comments on “‘Hell of a Ride!’ Everything to Know About ‘Vanderpump Rules’ Season 9 Reunion”