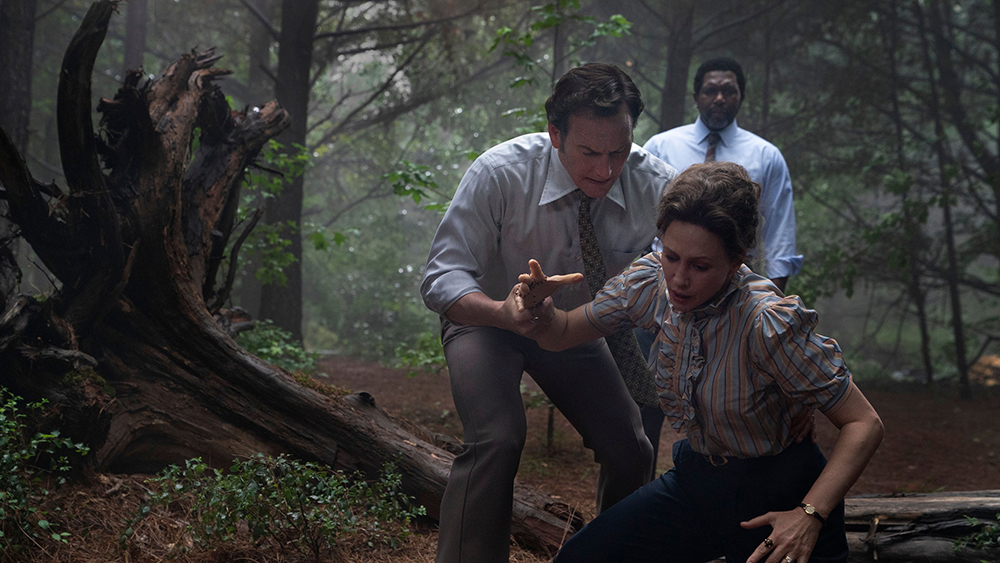 South Korea enjoyed its biggest weekend box office of 2021 propelled, unusually, by a trio of Hollywood titles. “The Conjuring: The Devil Made Me Do It” topped the chart with a $2.68 million haul, ahead of “Cruella” and “F9.”

Aggregate national box office for the three days from Friday to Sunday was $7.12 million, according to data from the Korean Film Council’s Kobis tracking system. That was a 10% improvement on the previous two weekends, when “F9” had given a turbo charge to takings.

For much of the early part of the year weekend grosses had been stuck in the $2.5 million to $4 million range. That reflected ongoing hesitation on the part of audiences after second and third waves of the coronavirus had caused new restrictions on social life.

“The Conjuring” earned its total from 1,133 screens and totaled $3.13 million over its full opening four days.

“Cruella” held on to second place for the second successive weekend. But its second weekend score was a 10% improvement on its first frame. It earned $2.21 million, for a $5.68 million cumulative since its May 26 debut.

In another measure of how weak 2021 has been, “F9” this weekend became the second highest grossing film of the year, and only the third movie this year to sell more than two million tickets in Korea. In a normal year, the landmark for a smash hit is ten million admissions.

“Demon Slayer The Movie: Mugen Train” took fourth place over the weekend, but it was a long way behind the leading trio. It earned $216,000, extending its chart topping cumulative to $18.2 million.
Korea’s “Pipeline” was fifth with a small-bore $109,000 in its second weekend. Its aggregate is still less than $1 million. New-release Korean title “Not Out” earned just $27,700 for tenth place in the weekend chart, and $44,500 in four days of release.

The growing attraction of online video services watched at home or on mobile devices may also have been a factor in keeping Korea’s box office low in 2021. Well-connected local and international streamers are competing furiously for eyeballs, consumer time and their share of discretionary spending. Apple TV Plus, Disney Plus and HBO Max have not yet joined the fray, but are expected to do so soon.

The months long box office drought has caused several Korean cinemas to close and distributors to delay the release of many local films. Some titles have been switched to streaming only release, while at least one major Korean film had a hybrid, online and offline release.

The coming weeks may show whether Korean distributors also find new confidence from the recent box office expansion, or whether they consider the past three weekends driven by strong Hollywood titles to be an unreliable guide to the trend in theaters.

One high-profile Korean film that in recent days announced its commitment to a real-world release was the Na Hong-jin-produced horror thriller “The Medium.” Its local distributor, Showbox dropped a trailer and announced a July release in theaters. But it carefully did not tie itself to a specific date.