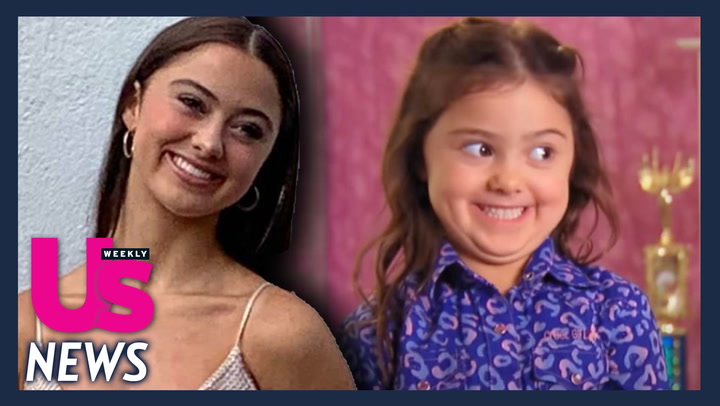 Toddlers & Tiaras alum Kailia Posey has died at 16, the pageant queen’s mother revealed in May 2022.

“I don’t have words or any thoughts,” Marcy Posey Gatterman, who often appeared on the TLC reality show with her daughter, wrote via Facebook at the time. “A beautiful baby girl is gone. Please give us privacy as we mourn the loss of Kailia. My baby forever.”

Posey’s cause of death has not been publicly announced. A spokesperson for the Washington State Police told Us Weekly that the state police were “called to assist Whatcom County Sheriff on a juvenile death investigation at Birch Bay State Park.”

Posey was well-known from her time on Toddlers & Tiaras in 2016, even becoming a popular meme years later due to a viral GIF from the series that showed her looking to the side and laughing. She continued to compete in the pageant circuit until her untimely death, often sharing photos of herself in full costume, makeup and hair via Instagram.

In 2021, Posey won the title of Miss Lynden Teen and planned to compete in the 2022 Miss Washington Teen pageant, she shared via social media in January 2022. In addition to her status as a beauty queen, Posey appeared in the 2021 horror film Eli.

Gatterman’s social media has been filled with images of her late daughter in May 2022, sharing a photo of Posey beaming in a champagne-colored evening gown alongside the initial announcement of her child’s passing. After Posey’s death, Gatterman updated her profile picture twice: once, to a photo of herself with her daughter, the next, to a snapshot of Posey edited with angel wings, floating in a deep orange sky.

Just days before her death, the TLC alum created an Instagram account dedicated to her impressive contortionist skills, posting one video where she nearly inverts her body to shoot an arrow with her feet.

One day prior to Posey’s passing, her mother shared on Facebook that the former reality star was set to “graduate with honors” in June 2022.

Gatterman revealed on a 2016 episode of Toddlers & Tiaras that Posey had been competing in pageants since the age of 3 and she was extremely self-assured.

“She says she’s nervous, but once she hits that stage, she’s a pro,” Gatterman said of 10-year-old Posey at the time.

In addition to her mom, Posey is survived by her brother, Kyle, and her father.

In tribute to Posey’s life, see her sweetest — and most feisty — photos throughout the years:

0 comments on “In Memoriam: Toddlers & Tiaras’ Kailia Posey Throughout the Years”