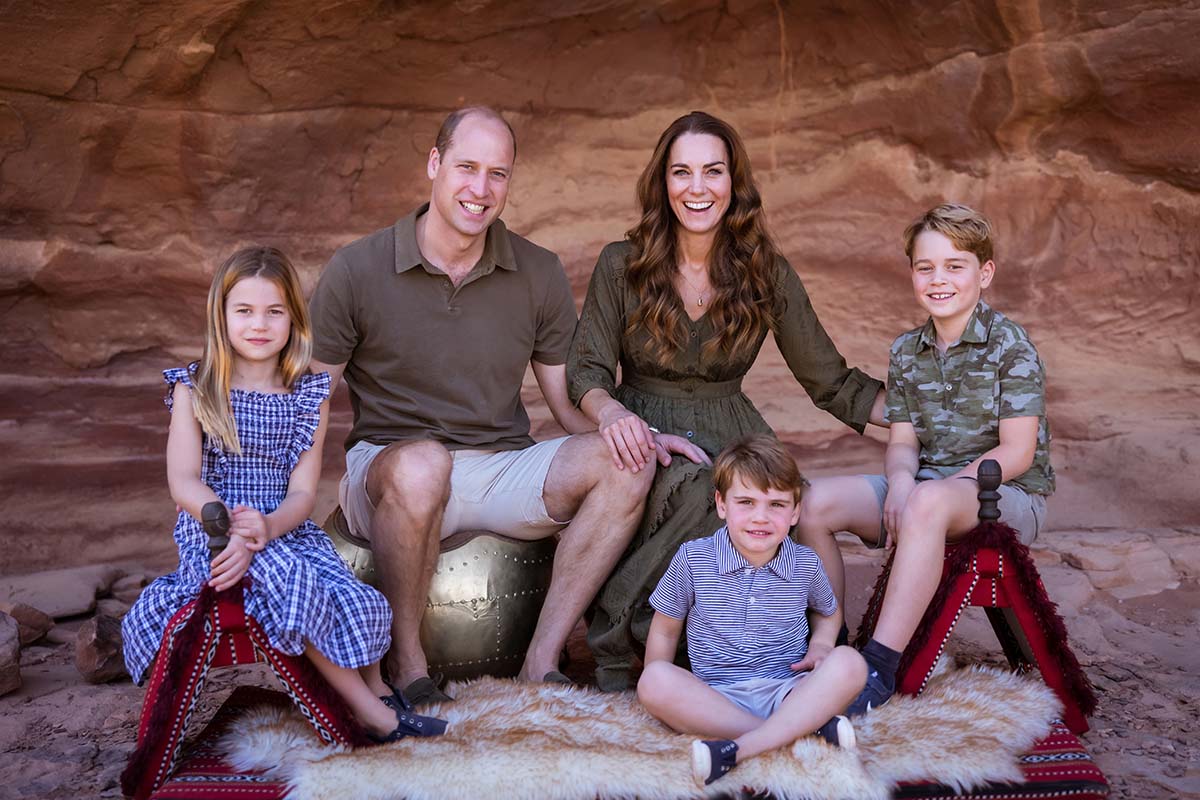 A royal Christmas to remember! Although they couldn’t spend the day with Queen Elizabeth II, Prince William and Duchess Kate had a memorable holiday with their children.

An insider exclusively tells Us Weekly that Prince George, 8, Princess Charlotte, 6, and Prince Louis, 3, woke up at 5 a.m. to check out what Santa Claus left under the tree for them.

“While Kate and William avoid overly spoiling the children, they let the rule slide at Christmas,” the source says.

The boys enjoyed their gifts to use outdoors, including a camping kit for George — complete with tent, walkie talkies and a flashlight — and a climbing frame for Louis, the insider adds. Charlotte, meanwhile, was given a children’s video camera that she adores. All three siblings excitedly unwrapped several games and books on Christmas morning too.

The Duke of Cambridge, 39, made sure that his wife, also 39, didn’t feel left out. “After a busy year, William wanted to make this Christmas extra special for Kate and surprised her with a beautiful bracelet,” the source explains.

Since the queen, 95, decided to stay at Windsor Castle for the holidays amid the most recent rise in COVID-19 cases, the family didn’t attend her usual family affair at Sandringham. Instead, they had their own quiet celebration at their countryside home, Anmer Hall, in Norfolk, England and the Duchess of Cambridge delivered a homemade feast.

“Kate cooked a traditional Christmas feast for lunch – turkey, stuffing, pigs in blankets, ham, roast potatoes and all the trimmings,” the insider tells Us. The mother of three even “used her creative skills to decorate the table with candles, evergreen branches and cones as centerpieces.”

The younger royals assisted their mom with dessert. “The children helped Kate bake a chocolate Christmas log and apple pie for dessert, but the highlight was making a gingerbread house, covered in their favorite sweets,” the source says.

The traditional English Christmas “crackers” were present, with the whole family setting off the poppers to find confetti, paper crowns and other novelties. The kids loved reading the jokes that were found alongside the confetti, the insider notes.

The Cambridges also had a chance to video chat with the queen, Prince Charles and a few other royal relatives, which delighted the children.

Following Christmas, the family celebrated Boxing Day on Sunday, December 26. It was a big game day for William and George, who, as soccer fans, were disappointed that their favorite team, Aston Villa, lost to Chelsea. “But they didn’t let it ruin the festivities!” the source says.

With reporting by Natalie Posner.