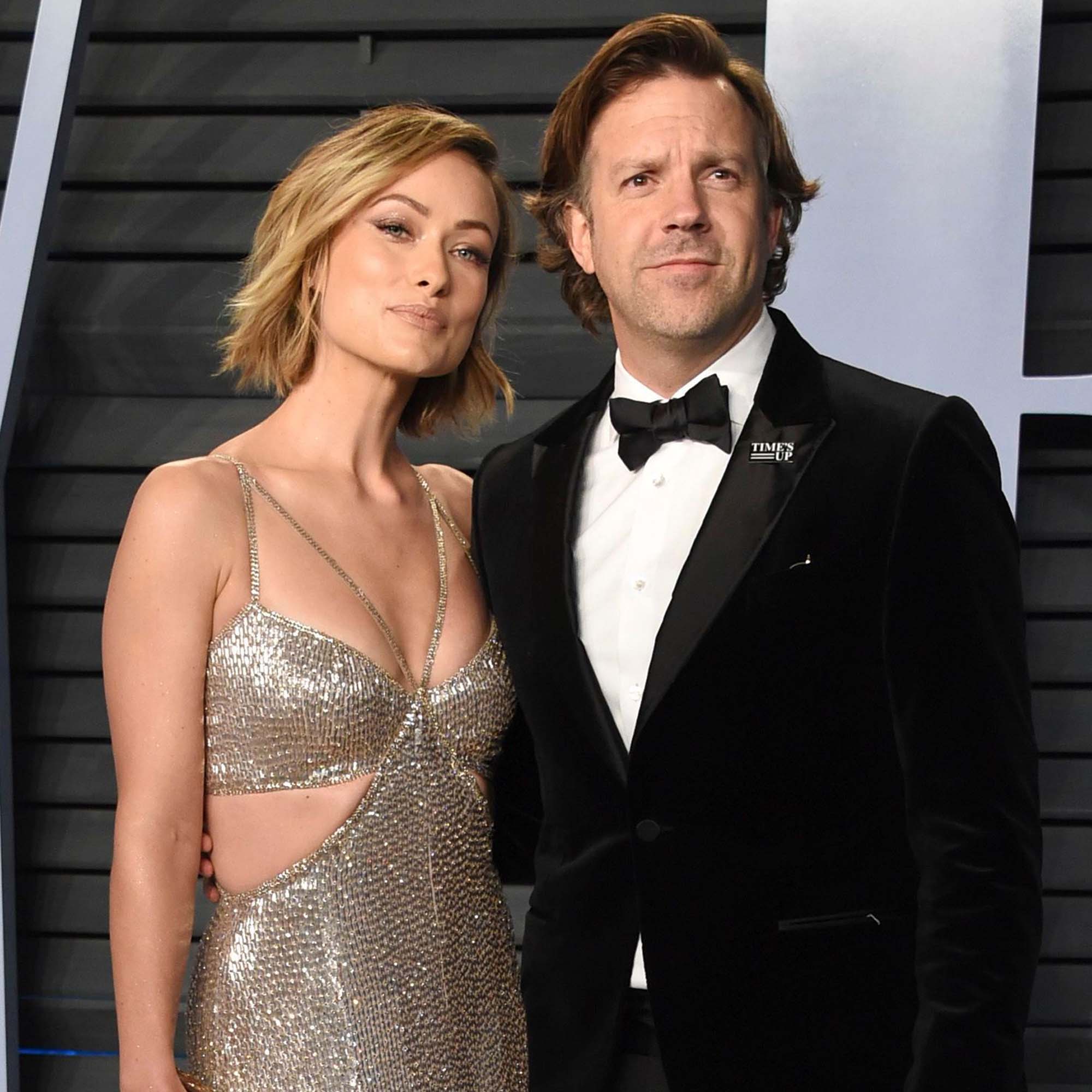 Served on stage. While Olivia Wilde teased her forthcoming Don’t Worry Darling at CinemaCon, she was handed a mysterious envelope that left attendees curious about its contents.

During her Tuesday, April 26, appearance in Las Vegas, the 38-year-old New York native was handed a mysterious manila envelope that was marked “personal and confidential,” per multiple outlets. It contained custody documents from her ex-fiancé, Jason Sudeikis, Us Weekly can confirm.

“Is this for me?” Wilde asked while on stage at The Colosseum at Caesars Palace on Tuesday, according to The Hollywood Reporter. Per the publication, the Booksmart director slid out the paperwork and read from the front page before resuming her speech on the film.

“Papers were drawn up to establish jurisdiction relating to the children of Ms. Wilde and Mr. Sudeikis,” a source exclusively tells Us, noting that the Ted Lasso star, 46, did not have prior knowledge of when the documents would be delivered. “He would never condone her being served in such an inappropriate manner.”

Olivia Wilde and Jason Sudeikis’ Relationship Timeline: The Way It Was

While the O.C. alum — who has been linked to Harry Styles since January 2021 — has not discussed the contents of the envelope herself, she couldn’t help but gush over Don’t Worry Darling and its stars.

“We knew this movie would live or die off her role,” Wilde said of Florence Pugh’s “brilliant, sexy, fierce and tough” turn as leading lady Alice in the upcoming film, which is slated for a September release. She then joked about her 28-year-old boyfriend’s role, calling him “an up-and-coming actor with no other career” and “nothing short of a revelation.”

Upon filming in late 2020, Wilde and the “Watermelon Sugar” crooner sparked a romantic connection shortly after she and the Horrible Bosses actor broke off their engagement.

Sudeikis and Wilde — who share son Otis, 8, and daughter Daisy, 5 — started dating in 2011 before getting engaged two years later. Us confirmed in November 2020 that the couple had gone their separate ways.

“I’ll have a better understanding of why [it happened] in a year,” the Saturday Night Live alum told GQ in a July 2021 interview. “And an even better one in two, and an even greater one in five, and it’ll go from being, you know, a book of my life to becoming a chapter to a paragraph to a line to a word to a doodle.”

Later that month, a source exclusively told Us how they’ve navigated their new normal.

“She’s coparenting well with Jason,” the insider said. “Olivia and Jason are better off as friends. They’re doing their best at giving their kids a normal life. The kids bring them back together since they are and always will be their number one priority.”

Wilde, for her part, made headlines earlier this year when she defended her romance with Styles while balancing motherhood.

“Parenting forces you to be honest about how you live your life. It puts in sharp, clear focus decisions you’re making,” the Tron: Legacy actress told Vogue in her January cover story. “I think we owe it to children to be happy. They sense it. They’re so intuitive. The idea that you can trick your kids into thinking you’re happy is ludicrous.”

Us Weekly has reached out to Wilde’s and Sudeikis’ respective teams for comment.

With reporting by Travis Cronin