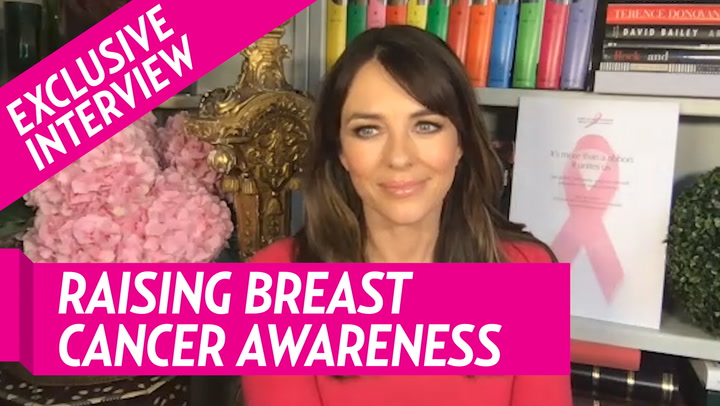 Cancer is no joke, and we’re often reminded of its impact when a celebrity undergoes their own battle with the disease. Fortunately, many of them have been able to beat it.

Sharon Osbourne was diagnosed with colon cancer in 2002 and underwent chemotherapy to mediate the issue. Though she successfully recovered, the Osbournes alum chose to have a double mastectomy in 2012 to lower her chance of getting cancer again.

“I didn’t want to live the rest of my life with that shadow hanging over me,” she told Hello! magazine at the time, per Rolling Stone. “It’s not ‘pity me,’ it’s a decision I made that got rid of this weight that I was carrying around.”

Ewan McGregor, for his part, revealed in 2008 that sun damage resulted in a cancerous mole on his face that he later had removed. “I had a little skin cancer under my eye,” he told BBC at the time. “I just went to have them checked … I went to see a specialist who thought they were better to be removed and indeed he was correct.”

The Doctor Sleep actor added, “It’s all good now, but it was something that was best to be looked at and kept in check.”

Meanwhile, Edie Falco discovered she had stage I breast cancer in 2003 while working on The Sopranos. She went into remission the following year.

Years after beating the disease, Falco told Health that she initially didn’t want to disclose her diagnosis — not even to her Sopranos colleagues. “It was very important for me to keep my diagnosis under the radar, even from the cast and crew of The Sopranos, because well-meaning people would have driven me crazy asking, ‘How are you feeling?’” she told the publication in 2011. “I would have wanted to say, ‘I’m scared, I don’t feel so good, and my hair is falling out.’”

The Nurse Jackie alum added, “My good friend, Ilene Landress, the show’s producer, kept things quiet by working my schedule around my treatments. With the cancer a secret, I bucked up, put on my Carmela fingernails, and was ready to work.”

Nearly 10 years after Stanley Tucci lost his first wife, Kate Spath-Tucci, after a breast cancer battle, he was diagnosed with a large tumor on his tongue. The Hunger Games actor opened up about his secret cancer battle three years later during an interview with Vera magazine.

“The kids were great, but it was hard for them,” he told the magazine in September 2021 of his difficult treatment. “I had a feeding tube for six months. I could barely make it to the twins’ high school graduation.”

Scroll down to read about some of the famous faces who have overcome their struggles with cancer.