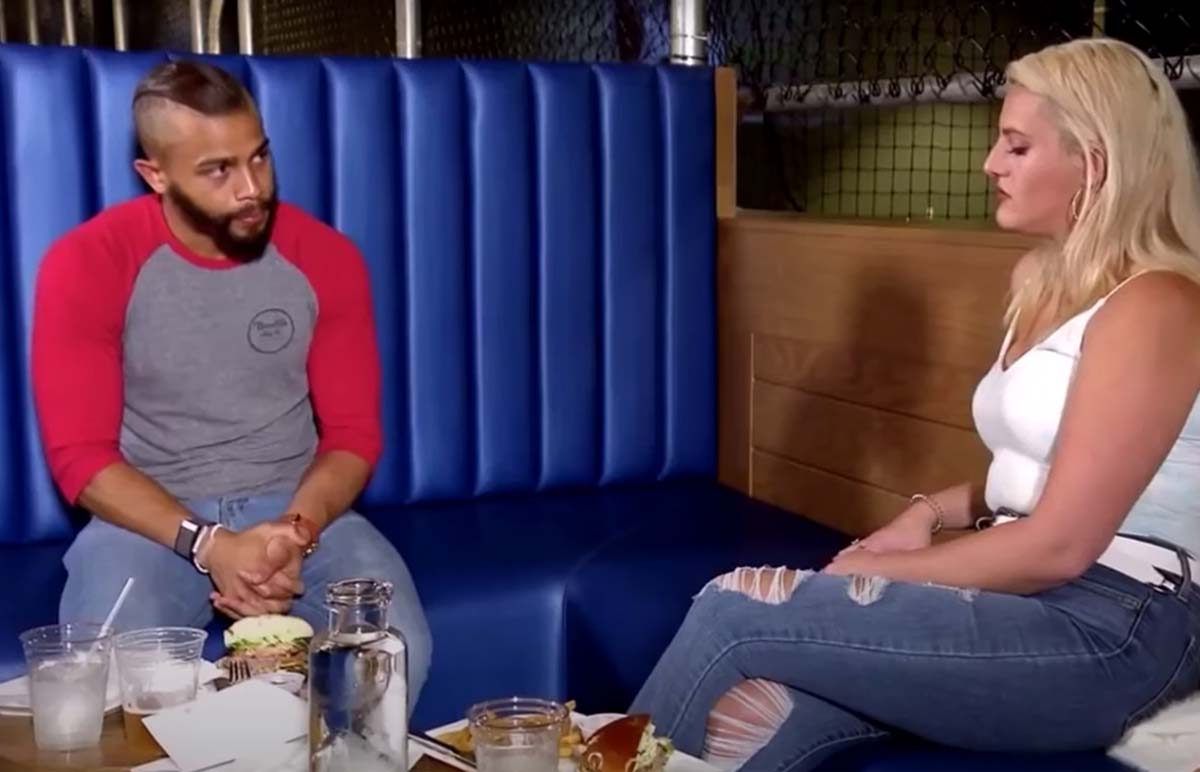 Breaking his silence. Married at First Sight star Ryan Oubre shared his version of the events that led to his split from wife Clara Berghaus.

Celebrity Splits of 2021: Stars Who Broke Up This Year

The project manager, 30, opened up about his divorce from the flight attendant, 28, in a lengthy statement posted via Instagram on Wednesday, December 29. He began by saying that he decided to speak out because he didn’t want to “sit idly by” as “untruthful statements” were made about about his family and friends.

“Getting married to a stranger is indescribable,” he wrote. “On one hand you fully trust the process and those involved and [on] the other, you think through what if this doesn’t work out.”

Oubre and Berghaus met during season 12 of the Lifetime series, which aired earlier this year. When the reunion special aired in May, the duo were still together, but two months later, they announced their split.

Though neither spouse hinted about what wrong at the time, Oubre’s new statement implied that he and Berghaus had off-camera issues that led to the breakup.

All the ‘Married at First Sight’ Couples Still Together Today

“You can’t truly be open to marry another race and not want to marry their culture (or at least minimum understand it),” he wrote. “What I can say is: walking into a family gathering and not speaking to anyone and scrolling through your phone will never fly and declining food (outside of a food allergy or avoidance) because you don’t like the way it looks won’t help either.”

The reality star went on to say how important it is that his potential partner understands how to navigate discussions of racism, especially if they want children.

“By marrying into a different race/culture you inherently adopt parts of their identity,” he continued. “Most importantly, your kids 100% will, and your kids will need you to help navigate it. … Choosing not to attempt to understand and educate yourself is a red flag.”

Oubre clarified that he didn’t intend the post as “an accusation of racism” against anyone. “We avoided having these conversations on camera as I knew this was a complex topic and did not want it to seem as I was weaponizing the camera against [Clara],” he explained. “I will own that — I intentionally derailed conversations or avoided them because I knew where it would go. We had enough of them off camera to know how it would go on camera.”

The former Lifetime personality seemingly hinted that some of Berghaus’ social media posts made him want to share his side of the story. In September, the Atlanta resident posted a TikTok video of herself dancing as she signed her divorce papers.

“Despite the months of weekly [marital] counseling sessions, and numerous conversations around these topics for months during/after the show that were ignored — it’s being used as content for clicks, likes, TikTok dances and the attention of the masses,” Oubre wrote. “Choosing to ignore having a conversation isn’t blindsiding, it’s called avoidance.”

The Georgia native concluded by saying that “Clara is 1000% allowed to have her own belief system,” adding that he “no idea what was put on that questionnaire” that the MAFS experts use to match couples. “I can assuredly tell you that life outlook and religion were non negotiable for me,” he noted.

Last month, Berghaus claimed via a TikTok video that Oubre “made it very clear” that he felt “he was more committed to our marriage than I was.” She said that was one of the reasons she decided to change her last name after their marriage. After months of back-and-forth, she still hasn’t been able to get her maiden name restored, but is still trying.