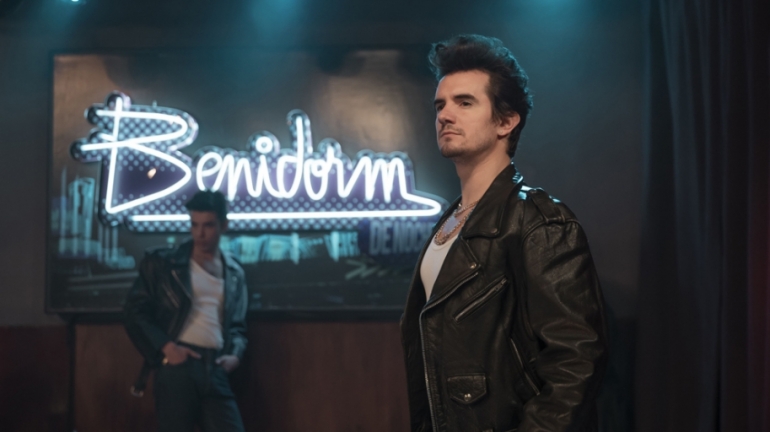 Running June 3-13, the festival focus will fall on its usefulness for the region’s film and TV industries, prioritizing cinema exhibition over  social events.

The main competition, a faithful reflection of the most recent cinema produced both in Spain and Latin America, combines highly experienced filmmakers with up-and-coming talents. In total, it will highlight 23 features, 15 Spanish and eight Latin American.

Toplining Spanish comedians Pepe Viyuela (“Marcelino, el mejor payaso del mundo”) and José Mota (“Padre no hay más que uno 2”), “García y García” is produced by Blogmedia and Clarg Films, in association with Mogambo, and backed by RTVE and Amazon Prime. It will screen out of competition on June 13 at the festival’s closing ceremony.

“The Official Section is really representative of what both Spanish and Latin American cinema can be. It is a balanced selection where we can find comedy -there is a desire in the sector to breathe and enjoy -, drama, genre… films with a larger production philosophy and others that are more vocational,” said Malaga Festival director, Juan Antonio Vigar.

Further first-timers at Málaga take in Hugo Martín Cuervo, whose road movie “Con quién viajas,” is produced by Eduardo Campoy at Álamo Producciones in partnership with A Contracorriente and Neón Producciones.

“It is a fundamental fact that Malaga has become an interesting platform for new talent, not only in the competitive sections but also in the industry area, in which we have turned new talent into the cultural axis of our activity,” Vigar said.

On the industry side, Galder Gaztelu-Urrutia’s “The Platform” was first discovered at Malaga Work In Progress sidebar in 2019 by Latido before winning the People’s Choice Award at Toronto’s Midnight Madness, then becoming during some days the most-watched movie on Netflix in the U.S.

The local film lineup in Málaga competition is rounded up by new features from veteran Spanish filmmakers such as “Born a King’s” Agustí Villaronga, whose “The Belly of the Sea” has been produced by Testamento, La Periférica and SVOD indie service Filmin in co-production with Turkana, Link-up Barcelona and Bastera Films. It is sold by Antidote Sales.

Juan Pablo Félix’s “Karnawal,” a Beta Film pickup, focuses on a young Malambo dancer during Carnival near the Argentina-Bolivia border.

A Colombia-Ecuador co-production set-up at Héroe Films, Henry Rincón’s “La ciudad de las fieras” turns on an orphan and lover of rap, who must flee to live with his grandfather after an altercation with gang members. The film won co-production funds from Ibermedia and is being sold by Outsider Pictures.