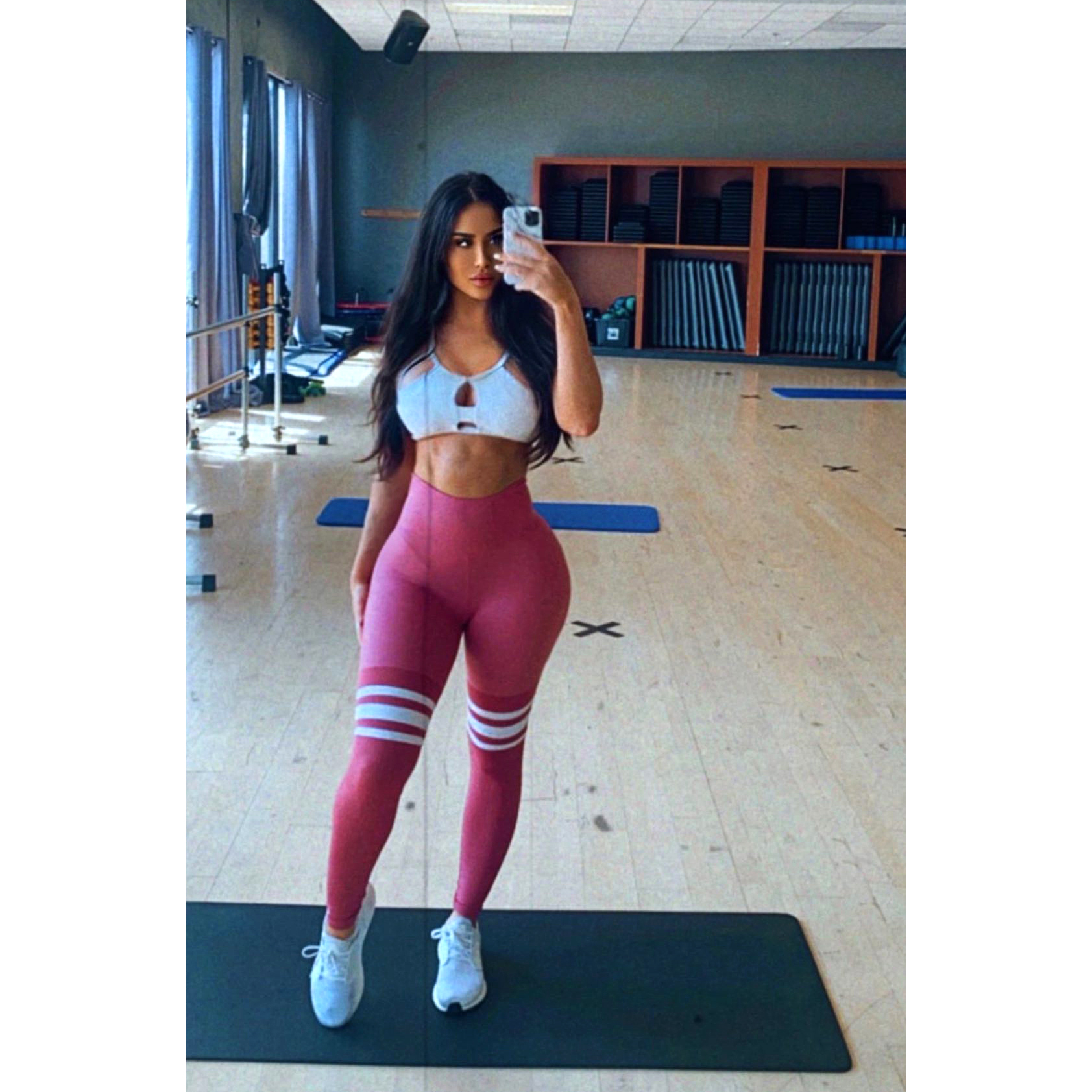 Feeling fit! Maralee Nichols debuted her post-baby body days after Tristan Thompson confirmed he is the father of her son.

5 Things to Know About Maralee Nichols

The fitness model showed off her toned abs and lean figure via her Instagram Story on Friday, January 7. In the snap, Nichols posed in front of a gym mirror wearing a white sports bra with cutouts, high-waisted pink and white leggings and white sneakers.

The sexy workout photo came one month after she gave birth to her first child. Us Weekly exclusively confirmed last month that she welcomed her baby boy on December 1 after she claimed the child was fathered by Thompson, 30, in March 2021.

While Nichols filed a paternity lawsuit against the NBA star in June 2021, it wasn’t until Monday, January 3, that the former Cleveland Cavaliers player confirmed that he is the baby’s father.

“Today, paternity test results reveal that I fathered a child with Maralee Nichols. I take full responsibility for my actions,” the Sacramento Kings athlete wrote via Instagram Stories at the time. “Now that paternity has been established, I look forward to amicably raising our son.”

Nichols previously made headlines in December 2021 when news broke that she filed a child support lawsuit against Thompson. The Canada native filed his own action in Texas shortly after the former personal trainer filed hers in June 2021 in Los Angeles.

The California resident broke her silence on the scandal on December 17, releasing a statement to Us in which she detailed her relationship with Thompson. Nichols claimed that she met the professional athlete in 2020 and their months-long romance included meeting up on Christmas, New Year’s Eve and his birthday in March 2021.

She insisted that she didn’t know Thompson was dating Khloé Kardashian, with whom he shares 3-year-old daughter True, when they were hooking up. Us confirmed in June 2021 that the basketball player and the Keeping Up With the Kardashians alum, 37, split for the second time after reconnecting in August 2020.

Nichols claimed her and Thompson’s relationship was “not casual sex nor did we have any arrangement. Tristan and I communicated daily and talked on the phone. We would see each other several times a month.” She further alleged that after she told him about her pregnancy in April 2021, she “paid 100 percent for my son’s expenses. I did not ask Tristan for any money, nor did I accept any money that was offered to me.”

Tristan Thompson’s Drama Through the Years: A Timeline

After Thompson, who is also the father of 5-year-old son Prince with ex Jordan Craig, confirmed the paternity of Nichols’ son, she released another statement.

“There was never any doubt that Tristan Thompson was the father of Maralee Nichols’ baby,” Nichols’ public relations consultant Harvey Englander told Us in a statement on Tuesday, January 4. “Tristan made numerous false and defamatory statements and declarations about Maralee over the past few months, and she is taking his contrite statement today in the context of all of those statements.”