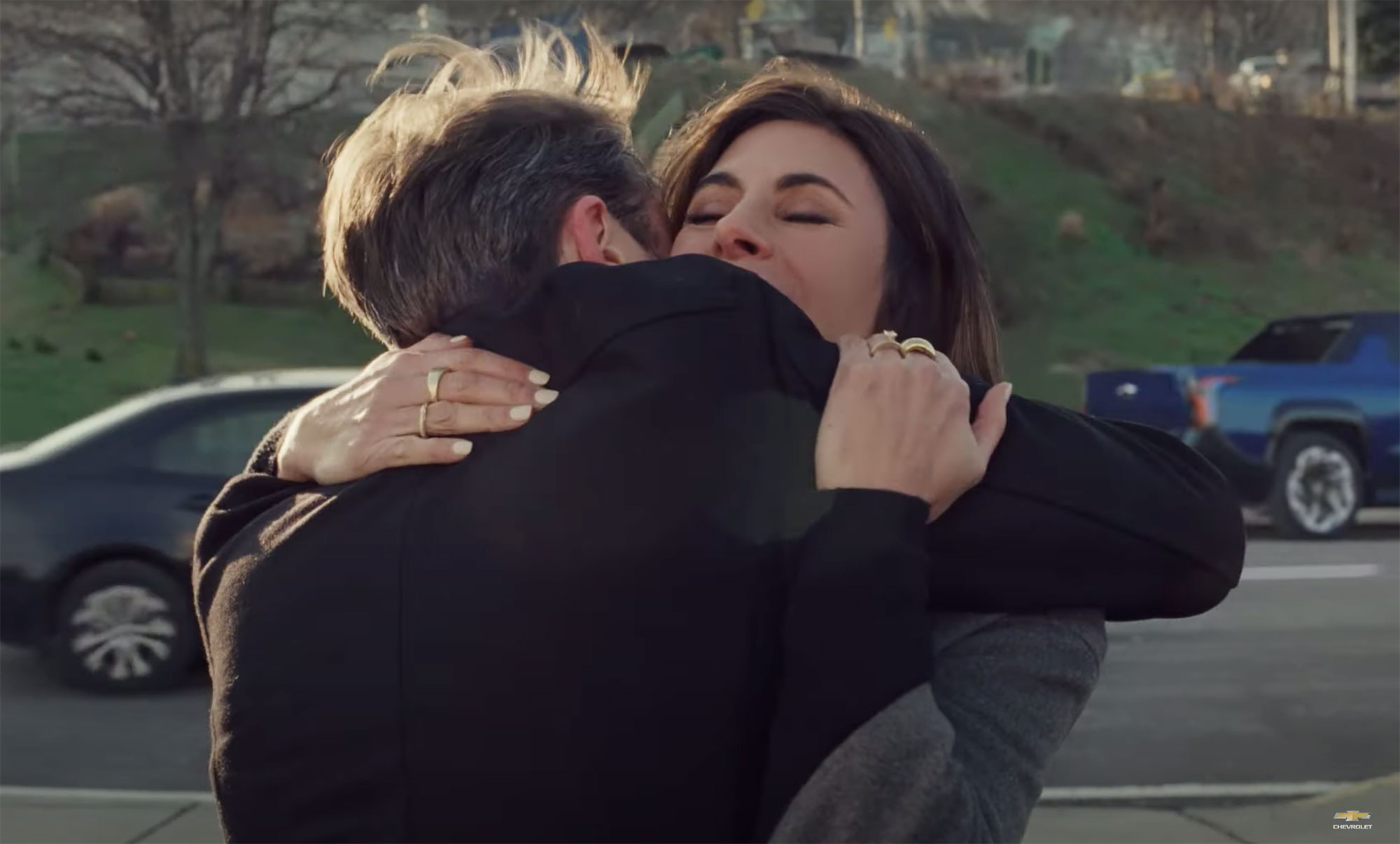 Reunited and it feels so good! The Super Bowl is known for its buzzy commercials that star an array of celebrities, and this year, Chevrolet brought the OG Sopranos siblings back together.

Miley and Dolly! A ‘Scrubs’ Reunion! See All the Celebs In Super Bowl Ads

As Chevy debuted their 2024 Silverado EV truck during the Sunday, February 13, championship game, they enlisted the former TV family to show off its “New Generation” of trucks.

Jamie-Lynn Sigler, who played Tony Soprano’s daughter Meadow in the original series, reprised her role as she reenacted Tony’s classic Manhattan-New Jersey commute from the opening credits. While her TV father (played by the late James Gandolfini) famously drove a black Suburban, Sigler, 40, drove through the city in a royal blue version of the new electric truck. As she drove through down the iconic neighborhood, she met up with Robert Iler, who played her TV brother, A.J.

“Sopranos has been this unique experience where every time we think it’s going to be the last time we’re doing something, there is always something else that comes,” the Entourage alum told The Hollywood Reporter in an interview published on Sunday. “When I got the call about this commercial, the whole concept made such perfect sense: it’s Chevrolet coming out with this all-new Silverado EV.”

Here for the Ads! Watch the Best Super Bowl Commercials of All Time

She continued: “It’s about a new generation, which Meadow and A.J. represent. I thought it was a brilliant idea. And then when they told me David Chase was onboard and Phil Abraham was going to be [the cinematographer], it was so special. It was a dream to do. I had chills the entire time.”

After playing Meadow for 10 years before the show’s June 2007 series finale, Sigler was wary about returning to Meadow’s shoes for the one-minute ad spot.

“I always wondered what it would be like, where she is in her life. I was able to drop right back in,” the New York native told the outlet. “Despite all of her rebellion and all of her frustration, she was her father’s daughter. And if anyone was capable of running things at some point, it was definitely Meadow. It’s a huge honor [to star in a Super Bowl commercial]. … I am so excited to hear the reaction. You hear that music, and you can only imagine people’s heads turning to the screen and then to Chevrolet.”

Costars Reunited Through the Years

The HBO series ran for six seasons from 1999 to 2007. In the memorable final scene, A.J., Tony and his wife, Carmelo Soprano (Edie Falco), were enjoying their meal at a diner before the screen faded to black. Meadow, for her part, was trying to park her car outside the restaurant, though fans never found out if she made it inside.

“It wasn’t written the way it happened. It was sort of a fade-to-black situation,” Sigler previously told Us Weekly in June 2017 about the “brilliant” finale. “I knew that we didn’t film anything past me coming through the door so we thought it was just going to be a slow fade. So when we watched it as a cast for the first time and it cut to black we thought something happened to the projector. We didn’t know that was how it was going to be.”