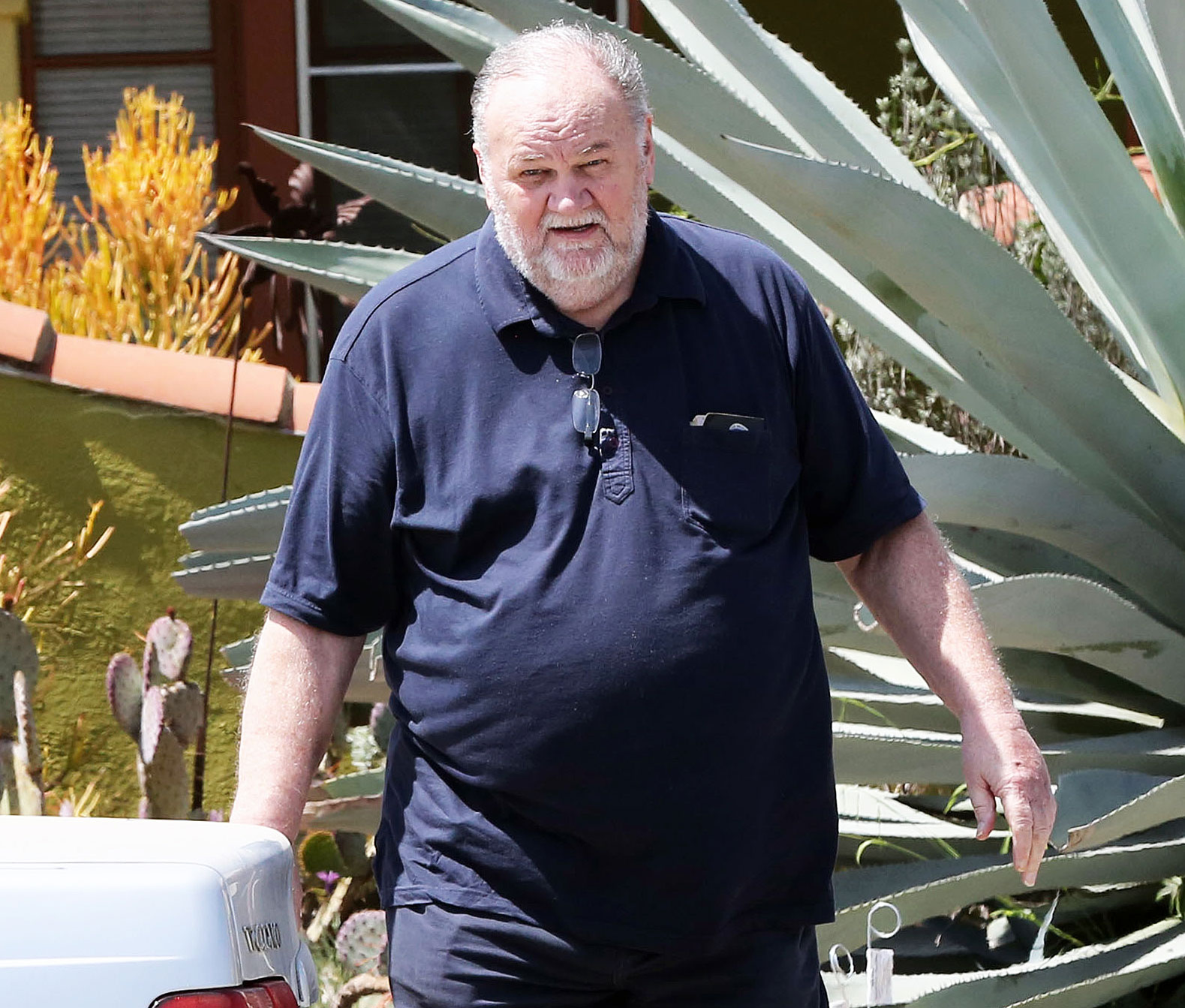 Everything Meghan Markle’s Dad, Half-Sister Have Said About Her

“Peace and rest is best,” Samantha, 57, exclusively tells Us Weekly about her father’s current condition.

On Tuesday, May 24, Thomas, 77, was rushed to the hospital after a “possible stroke,” TMZ reported.

Meghan’s estranged father was photographed receiving paramedic attention with an oxygen mask strapped to his face. Thomas was then transported from Tijuana, Mexico, to a nearby hospital in Chula Vista, California, after fearing for his health, per TMZ.

Karl Larsen, who cohosts “Remarkable Friendship” with Thomas on YouTube, exclusively tells Us that the former lighting director “lost his voice” before eventually being picked up in an ambulance.

“He couldn’t talk and then he wrote down that he lost his voice and that he was having a stroke,” the celebrity photographer, 53, revealed to Us about the health scare. “A neighbor rushed him to Rosarito hospital and then he was transferred to a hospital in Chula Vista across the border. This was last night. The neighbor was with him.”

Thomas — who has frequently discussed his strained relationship with Meghan in the press, much to her disappointment — previously missed the Suits alum’s May 2018 wedding to Prince Harry after claiming he had a heart attack and required surgery. The two have been estranged ever since he was caught staging paparazzi photos just days before the Sussexes exchanged vows in London.

Larsen told Us that the purpose of his YouTube channel with Thomas is to “get the two of them together” and that “Meghan is still mad at him for taking PR photos from four years ago.” He added that the Emmy-Award winner had planned to attend Queen Elizabeth II’s June 5 Jubilee in the UK prior to his unforeseen hospitalization, but there “was never a plan for the two of them to meet.”

In March 2021, Thomas opened up about the last time he spoke to Harry, 37, referring back to his past health issues. “The last time we spoke — actually, we didn’t speak, we actually texted each other — I was laying in a hospital bed after having a heart attack,” he claimed on Good Morning Britain at the time. “I had to tell them that I couldn’t come to the wedding. At that point, we had pretty much said goodbye.”

Thomas further alleged that “Harry had said to me at that point, ‘If you had listened to me, this wouldn’t have happened to you,’” which the Pennsylvania native claimed he found “kind of snotty, so I hung up on him. And that’s the last conversation we ever had.”

At the time, Thomas argued that he apologized to Meghan and Harry “at least 100 times or so” for the photo scandal, claiming he “never heard back” from either of them “in any way, shape or form.”

Meghan Markle’s Family: Everything We Know About the Royal In-Laws

The comments came shortly after the duchess discussed the duo’s strained relationship in her CBS tell-all, which aired weeks after Buckingham Palace confirmed Meghan and Harry would not return as members of the royal family.

“I grieve a lot,” the Bench author revealed during the March 2021 sit-down. “I mean, I’ve lost my father. I lost a baby. I nearly lost my name. I mean, there’s the loss of identity. But I’m still standing, and my hope for people in the takeaway from this is to know that there’s another side.”