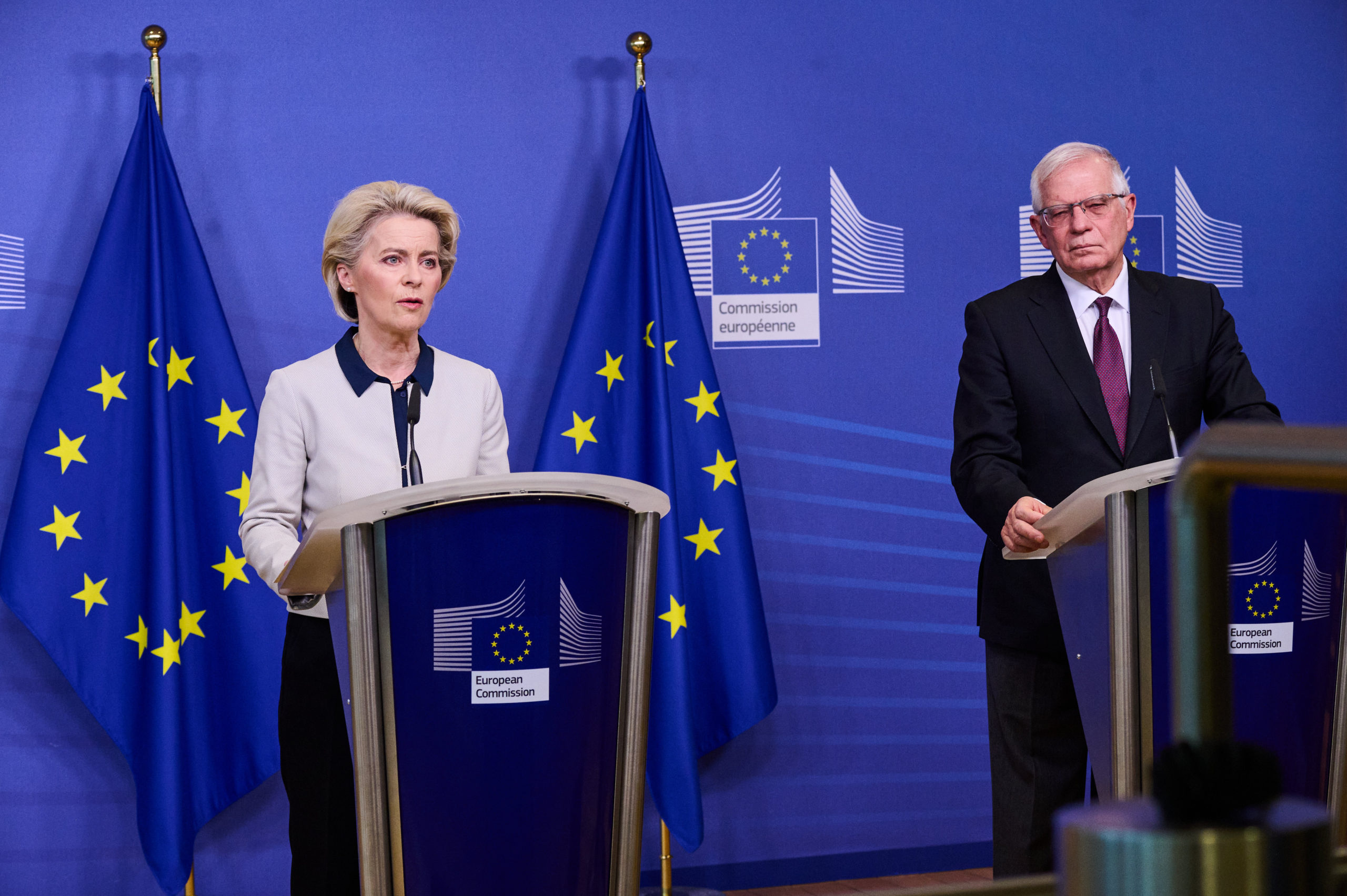 THE EUROPEAN Commission today set out proposals to use billions in sanctioned Russian assets to fund reconstruction in Ukraine.

Significantly, these assets would not be permanently confiscated but returned to Russia in the event of a peace agreement signed.

“Russia must pay for its horrific crimes, including its crime of aggression against a sovereign state,” Ms von der Leyen said today (Wednesday).

“Russia and its oligarchs have to compensate Ukraine for the damage and cover the costs for rebuilding the country. And we have the means to make Russia pay.”

Western powers have frozen hundreds of billions of dollars of foreign exchange reserves parked in accounts by the Russian central bank early in the conflict. Russia said subsequently that the central bank sanctions had frozen about $300bn out of its gold and forex reserves.

Experts however said confiscating sovereign assets is fraught with difficulty.

Earlier this year US Treasury secretary Janet Yellen said confiscating Russian state assets should not be done lightly and only in co-ordination with the EU and other allies.

Meanwhile, officials in Brussels are attempting to get comprehensive data on sanctioned Russian assets from individual Member States.

The matter was also raised at a summit of Nato foreign ministers in Bucharest Tuesday.

The German and French governments meanwhile want the European Public Prosecutors Office (EPPO) to be given the power to prosecute for sanctions violations.

At the same time Commission officials are progressing plans to make sanctions violation a crime across the EU which would allow the confiscation of private assets.

The European Commission believes almost €18.9bn of private assets, belonging to oligarchs and other entities, was currently frozen in the EU.

The post NEWS: VDL outlines EU plans to use sanctioned Russian billions to pay for re-construction of Ukraine appeared first on AML Intelligence.

0 comments on “NEWS: VDL outlines EU plans to use sanctioned Russian billions to pay for re-construction of Ukraine”