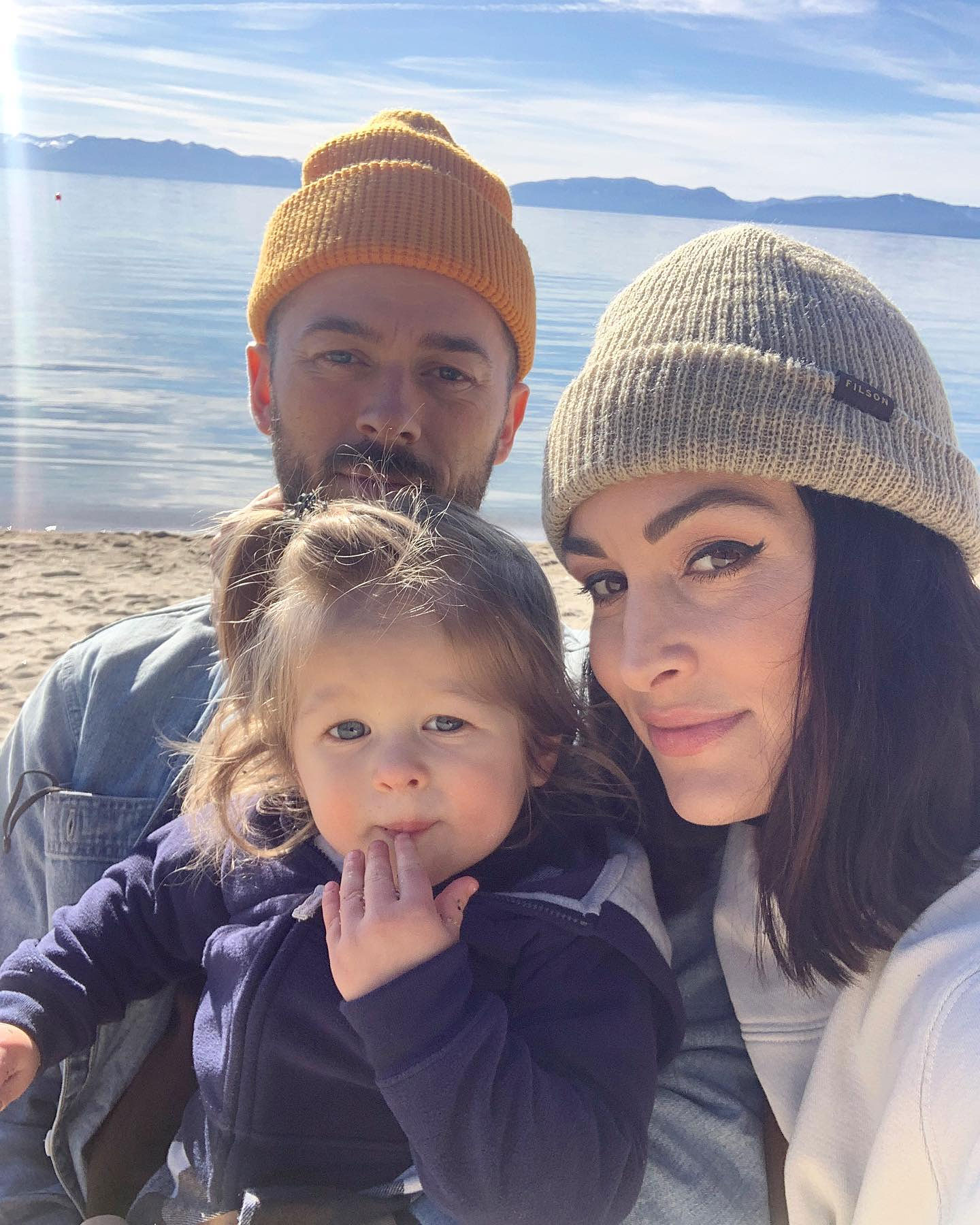 Taking her time! Nikki Bella isn’t ready to give her 20-month-old son, Matteo, a sibling just yet.

“For me, [the answer is] no,” the Total Bellas star, 38, told Entertainment Tonight on Tuesday, April 26, when asked about baby No. 2. “I think [my fiancé], Artem [Chigvintsev], hopes for something different and wishes for that. You never know what the future can hold, but I don’t see that happening anytime soon. God, I hope not.”

The California native joked that she is already “so tired” raising her toddler.

The former professional wrestler gave birth to Matteo in July 2020, exclusively telling Us Weekly four months later that she and the Dancing With the Stars pro, 49, disagreed on whether to have more kids.

“I honestly want to be one and done,” the athlete explained in the November 2020 interview. “Artem really wants a little girl, but I just don’t know if I could do it again. Artem and I talk about living in Paris for, like, three months or, like, he may go do some theater stuff in London. And so with just Matteo, it’s easy for us to just move around if we want to. So I like that.”

In October of the following year, Bella clarified that she had yet to shut the door on trying for a daughter.

Bristol Palin and More Celebrities Bonding With Their Nieces and Nephews

“They are already a perfect little tag team,” Brie, 38, gushed of the cousins on Tuesday. “I feel like it’s baby mania every day at the house, whether Buddy is headbutting someone or they’re cuddling each other. It’s really cute, their relationship. We always look at them and we are like, ‘They act like brothers.”

Brie gave birth to her and Bryan Danielson‘s baby boy in August 2020, less than 24 hours after Matteo’s arrival. The little one joined big sister Birdie, now 4.

0 comments on “Nikki Bella: I ‘Hope’ Artem and I Don’t Have 2nd Baby ‘Anytime Soon’”