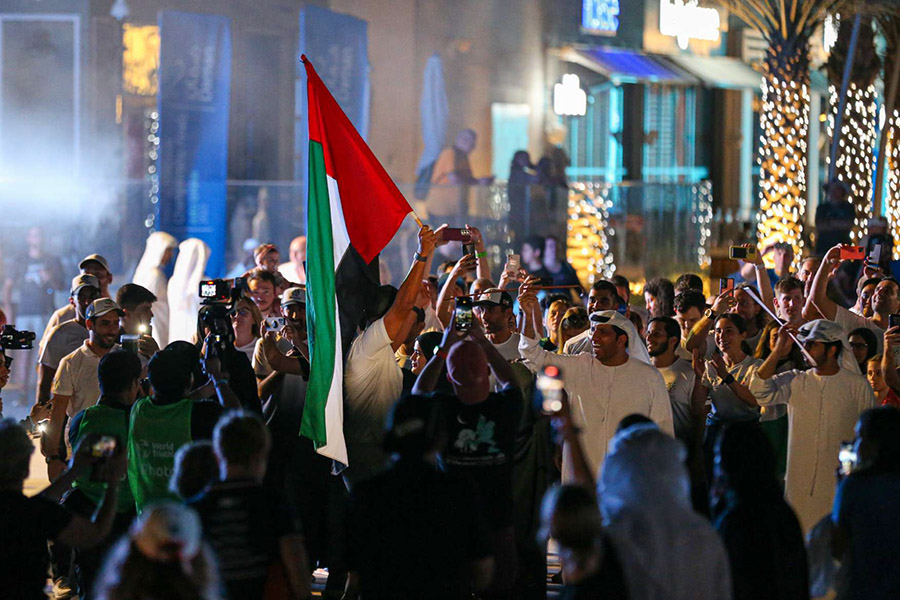 Thousands of Age-Group world triathletes walked down the sunset-soaked Yas Bay Waterfront yesterday evening for the Parade of Nations, which officially opened the highly anticipated 2022 World Triathlon Championship Finals. Over 53 nations were represented in the parade, which went through the vibrant Yas Bay Waterfront on Yas Island. A showcase of high-energy dancing and music was put on display to officially welcome the world’s best triathletes to Abu Dhabi.

“I am honoured to officially open and welcome all the triathletes to the beautiful city of Abu Dhabi for the 2022 Championship Finals, the crown jewel on our calendar. We are so proud to bring this event here and would like to thank the local stakeholders and community for making it happen. To the triathletes, enjoy the experience and we wish you all the best in Abu Dhabi,” Marisol Casado said.

Age-Group athletes from Team UAE also took part in the Parade Nations, including Emirati female,HanaAlnabulsiand Egyptian expat Ahmed Marey, who will be marking his third competitive triathlon race in Abu Dhabi this weekend.

Alnabulsi She said: ‘‘One main thing that I am excited about is the fact that I’m racing in my homeland – the United Arab Emirates. This weekend I will be racing for my people and with my people, which makes it extra special. Watching the way different sporting disciplines has grown in the UAE, especially in triathlon, will make the country without a doubt a leading figure in the world of triathlon. I am excited to be a part of history, and to be able to witness it unfold is a blessing.’’

Commenting on representing Team UAE, Ahmed said: ‘‘This weekend will mark my third time competing in Abu Dhabi. Racing here truly is amazing. The organising team is always professional and efficient, and the route is incomparably well-done. The race and athletic level of the route is no doubt one of the best. The UAE is my ‘second home’, so to be able to compete in Team UAE is an honour and an experience I will never forget. I feel very proud.’’

The 2022 World Triathlon Championships will get underway with the Para Triathlon events set to take place on Thursday morning from 8AM and the Age-Group Sprint Championships from 1PM.

Friday will stage the U23 World Championships with the women setting off from 7.30AM and the men at 10.15AM. The Elite women will race for the 2022 world title from 1PM in the Championship Final. On Saturday the Para Triathlon Mixed Relay will take place from 7.15AM, Standard distance

Age-Group World Championships from 8.45AM and the race for the Elite men’s world title will commence from 3PM for the 2022 Championship Finals.

Also on the event schedule are community races for triathletes of all ages and abilities – including a Kids and Junior event from 4PM on Friday and Community Age-Group races from 10AM on Saturday.

Organised by Abu Dhabi Sports Council and World Triathlon, the competition strengthens Abu Dhabi’s position as a global sporting destination. Located within 8 hours’ flying time for two-thirds of the world’s population, the emirate is perfectly situated to welcome athletes, media, federations, and spectators alike to the pinnacle of the sport.