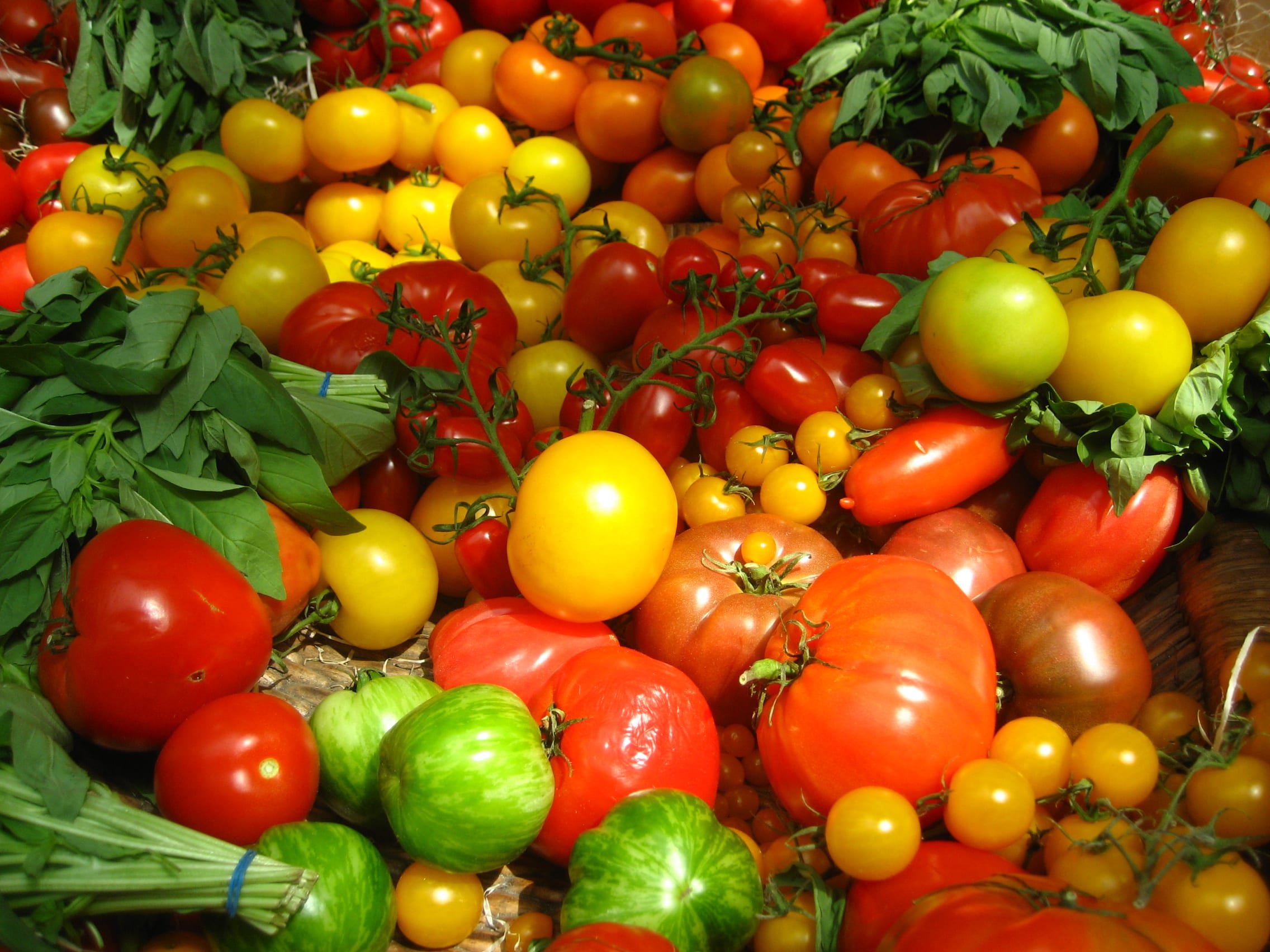 A gourmet pizza that celebrates the Neapolitan gastronomic culture and its most famous delicacies, made with six types of tomatoes: this is the recipe for Pizza ai sei Pomodori by brothers Francesco and Salvatore Salvo of Pizzeria SALVO in San Giorgio a Cremano, a town outside the city of Naples at the foot of Mount Vesuvius.

The pizza is made with a special dough that is left to rise for 24 hours. The Salvo brothers’ pizza is then topped with hand-crushed Corbara tomatoes for the base, San Marzano DOP tomatoes in water and salt, oven-dried Datterino tomatoes, grilled cherry tomatoes, smoked tomato cream, and Piennolo del Vesuvio tomatoes marinated in oil, garlic, and basil.

In a large bowl, dissolve the yeast in fresh water and begin to add the previously mixed flours. After adding half of the flour mixture, add salt and continue to knead until the dough is smooth and elastic. To the touch, it should still be a little wet but with good elasticity. Let it rise for 18 hours, covered, in a cool place. Then, form small balls and let those rest another 24 hours at room temperature, this time a little warmer.

While the dough is rising, start preparing the various tomatoes. Start by dehydrating fresh date tomatoes cut in half in the oven, placing them on baking paper. Add a pinch of salt, a drizzle of EVO, and a light dusting of powdered sugar. Bake them in the oven for two and a half hours at 90 C°. Then cut the cherry tomatoes in half and grill them on a very hot griddle, cut side down, until they are well roasted. Then, take the box of cherry tomatoes in juice and smoke them with a smoking tool until their aroma becomes marked. Finally blend them, adding salt and oil, and put the mixture into a jar. Take the box of Corbara cherry tomatoes in juice and crush them by hand, making sure that the pulp is well crushed. Prepare the San Marzano tomatoes in water and salt by straining them. Finally, cut the Piennolo del Vesuvio tomatoes into wedges and marinate them with EVO oil, basil, a little salt, and a clove of garlic.

Once the pizza dough is ready, roll out the discs and start arranging the various prepared tomatoes: with a spoon spread the hand-crushed Corbara tomato evenly and generously, add dollops of the smoked tomato cream, and scatter the pulp of a San Marzano tomato over the surface of the pizza. Lastly, before putting it in the oven, add 5-6 grilled cherry tomatoes, a drizzle of oil, and abundant basil – placing some leaves under three of the tomatoes for decoration.

Once the pizza is cooked, it should be finished with the last two tomatoes: add 6-7 oven-dried tomatoes and a handful of marinated Piennolo tomatoes. To serve, drizzle the pizza with top-quality extra virgin olive oil and fresh chopped basil.