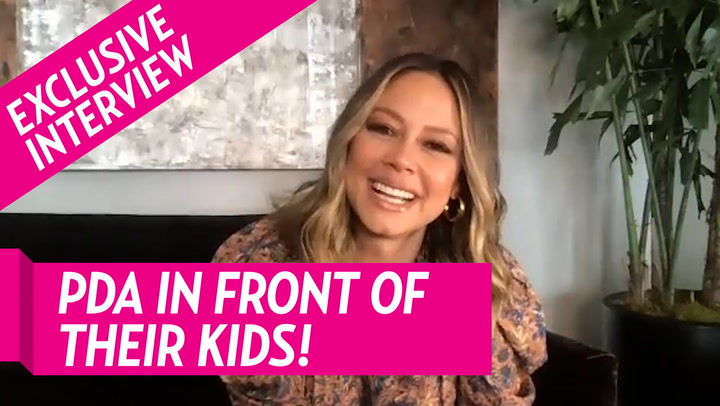 Full house! Vanessa Lachey and Nick Lachey have been loving life with their little ones since starting their family in 2012.

The couple’s son Camden arrived one year after their 2011 wedding in Austin. He became a big brother when their daughter, Brooklyn, was born in 2015, followed by son Phoenix the following year.

The Love Is Blind hosts are done having children after being “blessed” with their brood, they told Tamron Hall in February 2020. “[The kids are] 7, 5, 3 and no más,” the formal beauty queen told the Tamron Hall host at the time. “The shop is closed.”

The former Total Request Live host went on to explain, “I never want to disrespect the intensity and the blessing of getting pregnant. I understand how hard it is for some people and how some people can’t even adopt without having a lot of difficulty, and we’ve been very blessed and lucky to have three beautiful healthy, crazy beautiful kids. So in my mind, and in my pocketbook, no, but in my heart, if we had another …”

Nick loves “the craziness” of raising kids, the “What’s Left on Me” singer told Us Weekly exclusively in January 2017, adding, “[It’s] part of the fun. … You’ve got to embrace that side of it. Every day I wake the kids up. Morning time is kind of ‘daddy time,’ and that’s something I look forward to every day.”

When it comes to Camden, Brooklyn and Phoenix’s personalities, the eldest seems to be following in his father’s footsteps the most. “He’s into music and he loves to sing,” the Kentucky native gushed to Us at the time. “We’ll put him to bed, and on the monitor, we’ll hear singing going on in his bedroom — and who knows what he’s singing about, but you’ll hear him singing away!”

The duo are intentional about showing their three kids PDA, exclusively telling Us in March 2021 why they find it “important” to give examples of compassion “without making it inappropriate.”

Keep scrolling to see the family’s cutest moments together over the years, from matching holiday pajamas to fun family vacations.