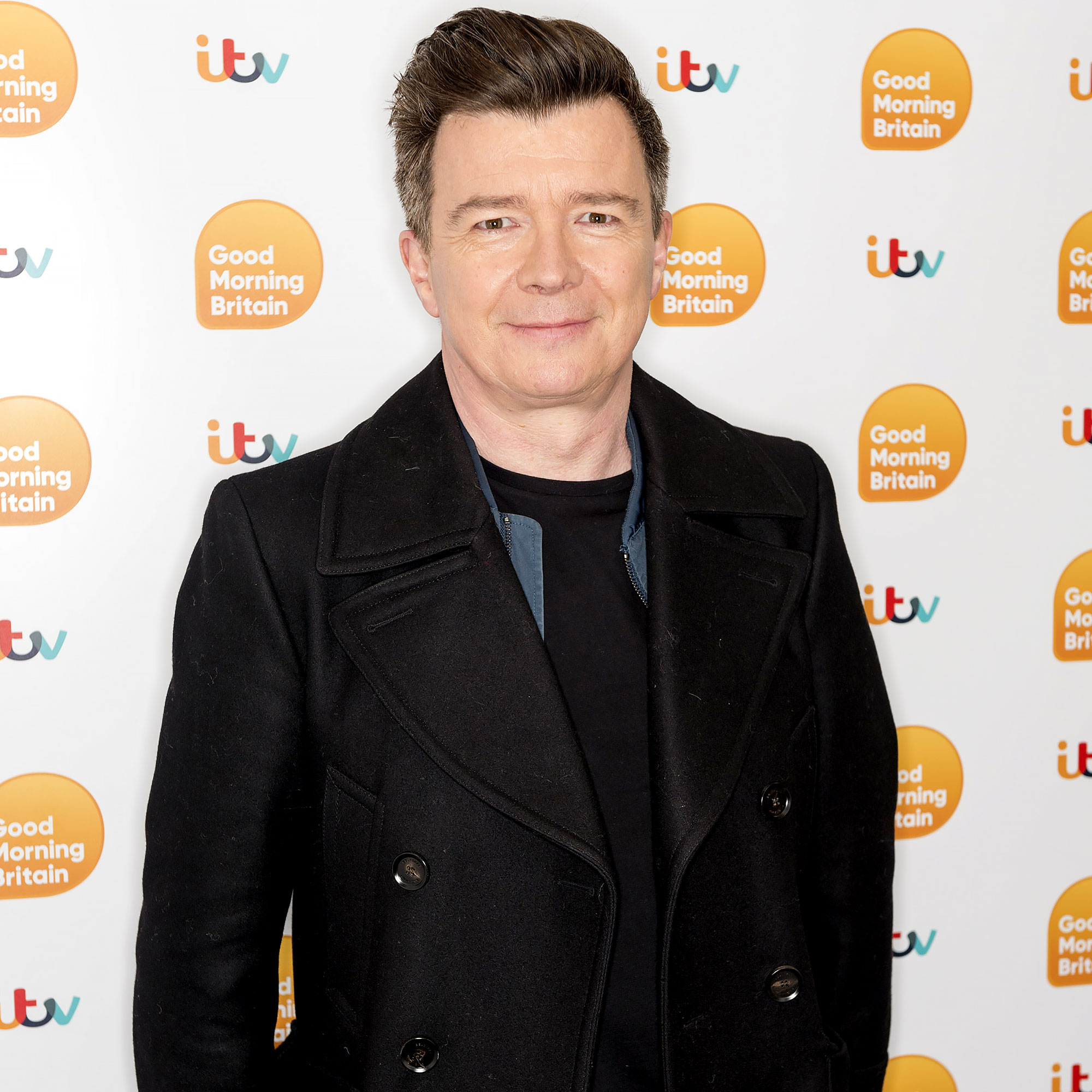 Never going to give up! Rick Astley gained popularity with his 1987 smash hit single: “Never Gonna Give You Up,” and he’s kept busy ever since.

The 56-year-old has released an impressive collection of albums through the years amid raising his family. Now, he’s sharing 25 fun facts about himself exclusively with Us Weekly.

Scroll down to learn more about Astley:

1. I think [the prank] Rick Rolling is amazing. For older artists to be on the radar of 11-year-olds is an incredible thing, so I’m all for it.

2. My favorite song I ever recorded is called “Cry for Help.” There’s a gospel choir, and they went out into the garden of the studio and sang and prayed for a man who was living on the street. I can never get that image out of my mind and how powerful it was.

3. I like social media. Sometimes I’ve been brought to tears when I read things that people have posted about something they want to change.

4. When my daughter was young, she got two kittens, and they were with us for 21 years. I became a cat person in a massive way.

6. I don’t love flying. If I’m in Europe, I tend to drive, even up to Scandinavia or down to Spain.

7. I’m good at building sheds. I built one last summer, and man, it is rocking. You could put an elephant on its roof. It’s, like, super strong.

8. Sardinia, Italy, is my favorite place in the world.

9. Covid has been scary. It’s taken a word that we all thought was something and moved it into a different place.

10. I once drove from New York to L.A. just for fun. I also once did a concert in Budapest and drove home [to the U.K.] alone the next morning.

11. I love chocolate. Sometimes even just a square of dark chocolate will do!

12. My dad had a garden center when I was growing up.

13. Working at my dad’s garden center was my worst-ever job! Well, it was fun and not fun at the same time.

14. My wife and I have been talking about going to Patagonia. I’ve been to Chile and Argentina, but we’ve never been down to the bottom.

15. I don’t really love to go to awards shows. Most people’s dream is to walk down the red carpet, but I’m like, if there’s any way I can sneak in the back door, I’m doing that!

16. I love when I’m home alone for a few days. I’m the youngest of four, so maybe that’s where it comes from.

18. My most used emoji is the thumbs up!

Celeb Dads With Their Kids

19. I make a thing called “football pasta,” which is basically mozzarella, fresh tomato and basil. When a game is coming on in 10 minutes, you can make dinner for a bunch of people and still watch the game.

21. When we decorate the Christmas tree each year, we always play Motown.

23. I’m also a night owl! When you play a show until 11 p.m., you’re just not going straight to bed after being on stage for two hours.

24. I love walking and listening to podcasts. Before I even have my first coffee, I usually go for a walk.