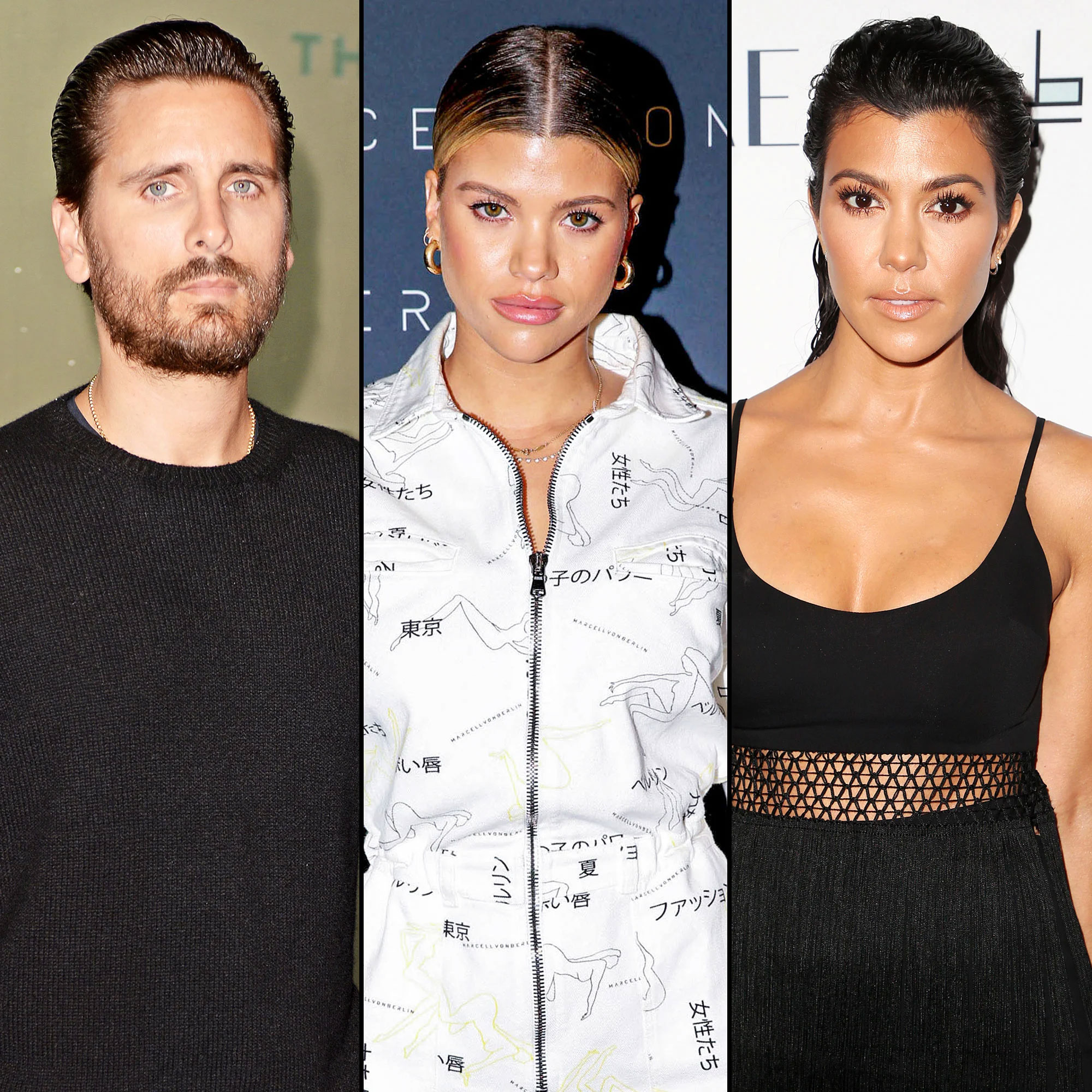 “Scott has moved on from Sofia. It’s been almost two years since they broke up,” a source exclusively tells Us Weekly of the Talentless owner’s reaction to Richie’s engagement announcement. “He would be happy for her and just wish her well. He’s not heartbroken over this, that’s for sure. He’s way more heartbroken over Kourtney’s engagement to Travis.”

The 23-year-old model — who dated Disick, 38, for three years before calling it quits in August 2020 — shared her engagement news via Instagram on Wednesday, April 20.

“Forever isn’t long enough,” she captioned the slideshow of her and Grainge, 27, which included a photo of him popping the question and a picture of them kissing with her ring on display.

Disick’s attention, the source noted, is more focused on Kardashian, 43. The entrepreneur even cited this as the reason Richie broke up with him in the first place.

“The truth is, anybody dating somebody is going to feel neglected when their significant other is spending more time with their ex than with them,” he said during an episode of Keeping Up With the Kardashians in March 2021.

The Poosh founder got engaged to Barker, 46, in October 2021 after less than a year of dating. The Flip It Like Disick alum, who shares three children with Kardashian — Mason, 12, Penelope, 9, and Reign, 6 — has had a particularly difficult time with the couple’s romance.

Scot Disick’s Feelings on Kourtney Kardashian and Travis Scott: Everything We Know

An insider told Us in October 2021 that the lifestyle guru’s engagement to the Blink-182 drummer left Disick rattled. While the New York native “knew [the engagement] was possible, [he] is very jealous of Kourtney and Travis relationship,” the insider claimed at the time, adding, “He still thinks they could call things off before the wedding.”

Though the businessman has been “looking for the right person to settle down” with — Disick is currently dating model Rebecca Donaldson — he “hasn’t found [that person] yet since Kourtney,” the first source tells Us.

For now, Disick seems to be living in the moment. Hours after Richie’s announcement, not only was he was spotted lounging poolside in Miami with Kim Kardashian‘s ex-best friend Larsa Pippen, he took to Instagram to compare himself to Charlie, Dane Cook‘s character in Good Luck Chuck, whose exes always get engaged after breaking up with him.

“In the 305, just call me good luck Chuck,” the reality star captioned a photo of himself driving a boat in the ocean.