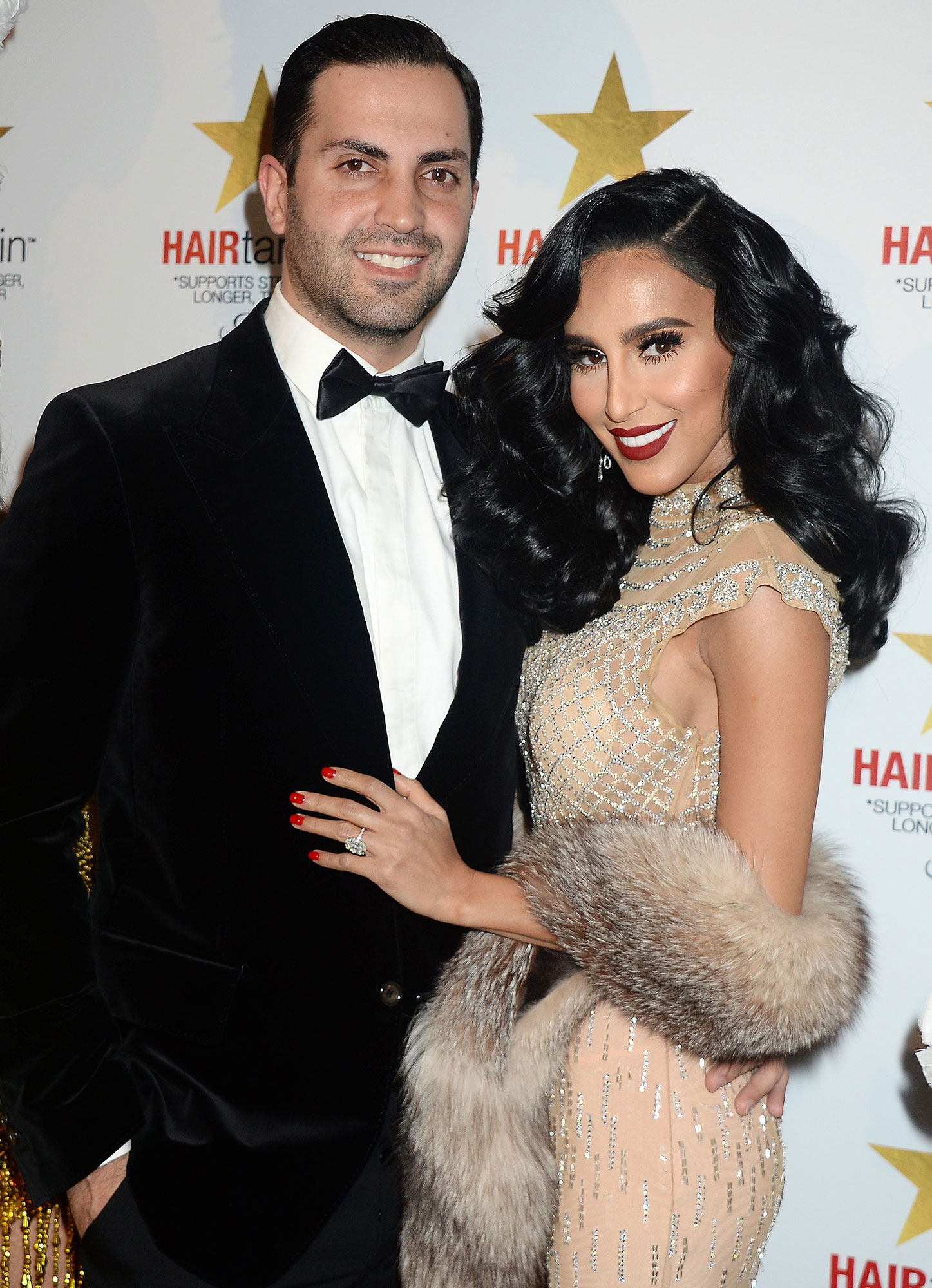 Expanding their family! Shahs of Sunset alum Lilly Ghalichi announced that she is pregnant with her and husband Dara Mir’s second child.

“Been busy creating life,” the reality star, 38, captioned a series of Instagram photos on Friday, January 14.

In the pictures, Ghalichi posed alongside Mir, 41, and their 3-year-old daughter, Alara. The expectant star cradled her baby bump while wearing a sheer lace halter gown, black gloves and glamorous hair and makeup.

The TV personality elaborated on the happy news via her Instagram Story. “Surprise!!!!” she wrote. “Sorry I’ve been so MIA. It’s been a hard few months this pregnancy. Thrilled to be expecting our next baby and finally feeling better.”

The couple have weathered several ups and downs since tying the knot in May 2017. They welcomed Alara in September 2018 but hit a rough patch in August 2019 when Mir filed for divorce. Shortly after news broke of their split, she opened up about her desire to add to her family.

“I’m having more kids 1,000 percent,” Ghalichi exclusively told Us Weekly in October 2019. “Becoming a mother has been the most life-changing experience in my life for the better! I’ve never experienced anything harder or more difficult, but at the same time, never something as rewarding as seeing your baby, your flesh and blood. … I definitely want more children with or without a man.”

The Bravo star added at the time that she would “start the process of having another baby in 2020.”

Ghalichi noted that her first pregnancy “was very difficult,” so she was open to having a surrogate. Regardless of how she conceived a second child, she knew she wanted her daughter to have a sibling.

Ghalichi also opened up about her breakup from Mir in October 2019. “It’s not like anything atrocious happened between us that would result in us not being able to be friends or not being able to coparent or whatever the future may hold for us,” she explained at the time. “I think when two people are married … even if the relationship ends or goes sour, as long as they remember that moment when it was good, they’ll always be able to be friends especially if there’s a child involved.”

The pair reconciled soon after their split, and Mir asked the court to dismiss their divorce case in November 2019. Ghalichi filed for divorce in August 2020, but the duo once again got back together after the brief split.