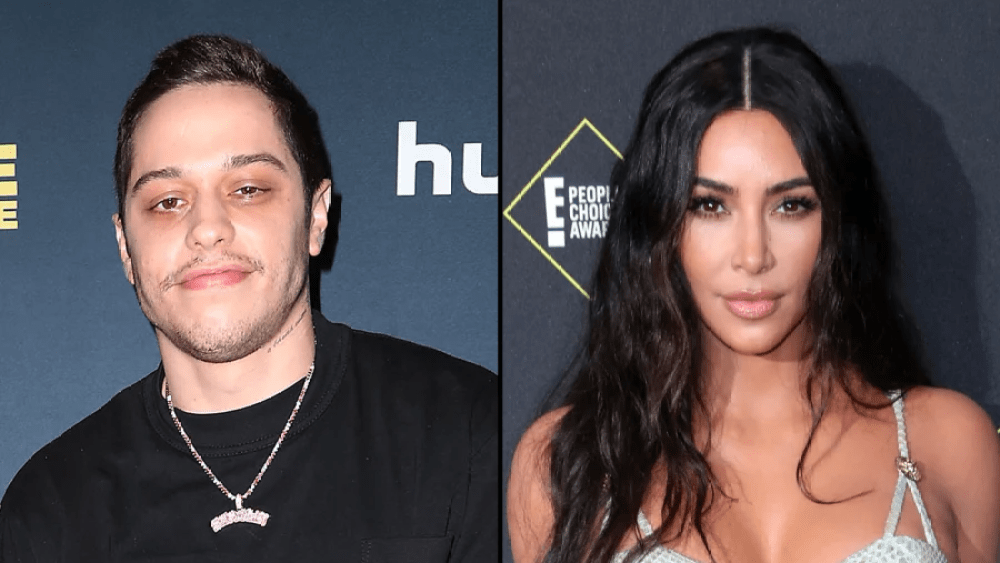 By her side! Pete Davidson joined Kim Kardashian in court as her family’s legal battle with Blac Chyna continues.

The Saturday Night Live star, 28, was spotted supporting the reality star, 41, on Thursday, April 28, at the Los Angeles courthouse where the Kardashian-Jenners have been testifying amid their lawsuit with the Lashed Cosmetics founder, 33.

According to multiple reporters on site, who shared their observations via Twitter, the comedian and the California native were seen embracing in the hallway after closing arguments. The couple were spotted sharing a kiss and left through a secure exit.

Kardashian took the stand earlier this week, along with mom Kris Jenner, sister Khloé Kardashian and brother Rob Kardashian. The Keeping Up With the Kardashians alums were sued by Chyna in 2017 following the cancelation of Rob & Chyna. The model, who shares 5-year-old daughter Dream with her 35-year-old ex, claimed that the former E! personalities attempted to sabotage her career.

Everything to Know About Blac Chyna’s Lawsuit Against the Kardashians

Michael G. Rhodes, who is representing the Kardashian-Jenners in the case, attempted to have the case dismissed as the family’s explosive testimonies made headlines. The attorney argued in court documents obtained by Us Weekly that Chyna has provided “no documentary evidence, economic analysis, or expert testimony” in court.

“Before trial began, these claims were absurd,” Rhodes wrote earlier this month. “Now that [Chyna] has testified in her entirety, and has no additional testimony or evidence to offer on her damages, Defendants respectfully submit that entering such an instruction would be a vastly inadequate remedy. … Ms. White’s unsupported and wildly speculative claims for damages must not be allowed to go to the jury.”

The court previously denied the family’s petition to dismiss the case in 2020.

Every Glimpse of the Kardashian-Jenners, Blac Chyna in Court

Before Davidson was spotted providing moral support for the Skims CEO, the twosome attended an event in Washington, D.C. together, where Jon Stewart was awarded the Mark Twain Prize for American Humor. The beauty mogul sat beside her beau, who she has been dating since October 2021, during the night out.

The Guy Code alum sparked a romance with the Selfish author after she hosted SNL, and the early days of their relationship will be explored on Hulu’s The Kardashians, which premiered earlier this month.

“I do think that I am holding a little bit more close to my heart on certain aspects of my relationship with Pete,” Kim recently explained on Hoda Kotb‘s “Making Space” podcast. “It feels good just to know that, like, we have this connection, and we have our little bubble of a relationship world that we live in that, like, not a lot of people know about.”