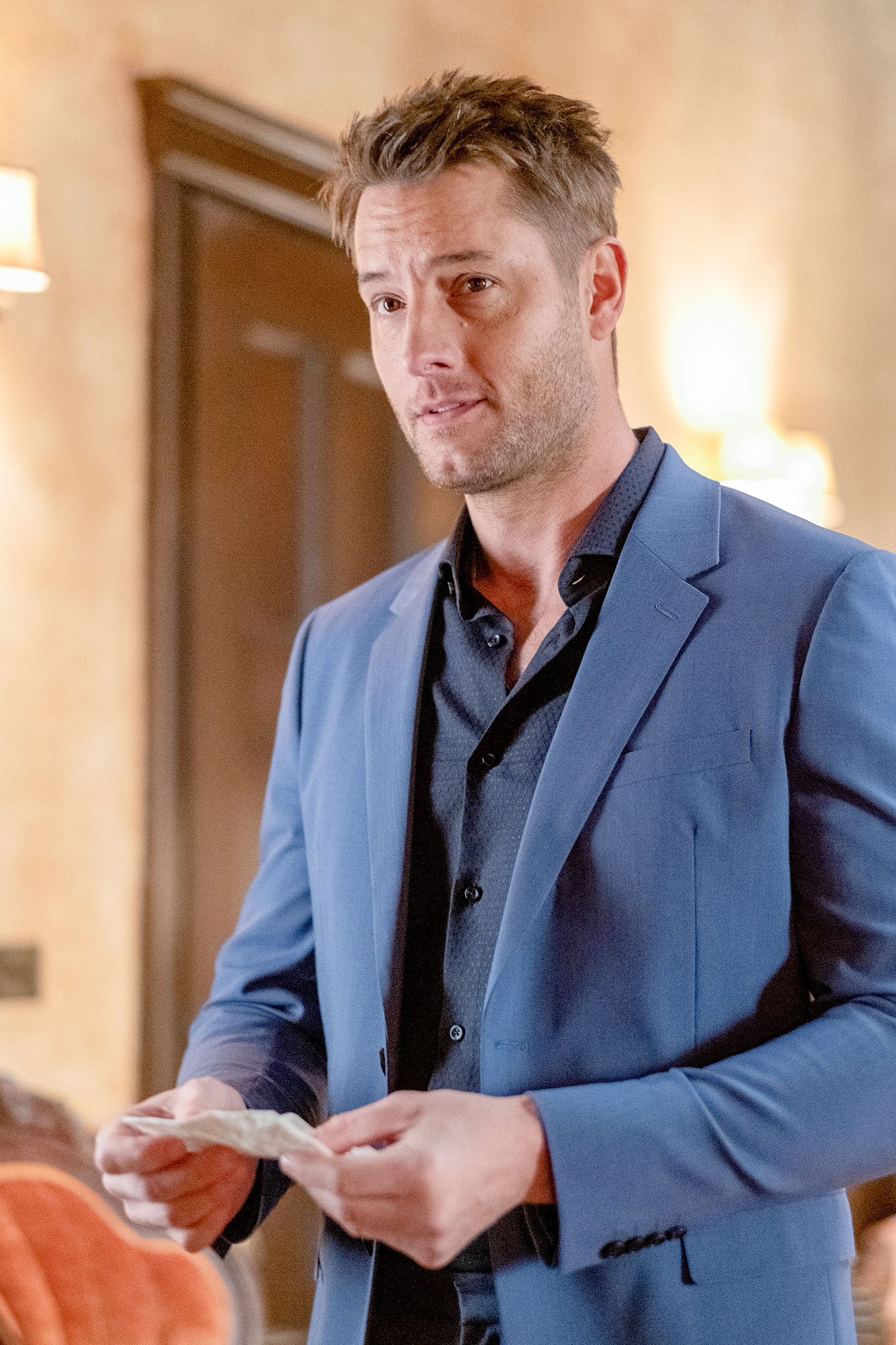 Finding love at his sister’s wedding is such a Kevin Pearson thing to do. The Tuesday, April 26, episode of This Is Us was aptly titled “The Night Before The Wedding” and gave viewers an inside look at what happened to Kevin (Justin Hartley) the night before his sister, Kate (Chrissy Metz), walked down the aisle.

The show’s previous installment focused, in part, on Beth (Susan Kelechi Watson) and Madison’s (Caitilin Thompson) detective work to find out who Kevin had slept with following the rehearsal dinner. The duo found a bra, shawl and love letter in his room, and wondered who between Cassidy (Jennifer Morrison), Sophie (Alexandra Brekenridge) or newly introduced wedding singer Arielle (Katie Lowes) was the object of his affection.

This Is Us’ Flash-Forward to Kate’s 2nd Wedding: Everything We Know So Far

As it turned out, Kevin didn’t sleep with any of the women the night before the wedding.

This week’s episode opened with the wedding weekend from Kevin’s point of view starting with him making eyes at the wedding singer, whom Kate referred to as the “Pearson kryptonite.” Randall (Sterling K. Brown), however, knew that Kevin was “willing” Sophie to walk through the door. Which, of course, she eventually did.

“She’s a married woman Kev, don’t cause any drama at our sister’s wedding,” Randall begged his brother.

Following Sophie’s arrival, she realized that her luggage had been lost during her travels. So, Kevin, already on his way into town, took her with him so she could go shopping. They reconnect and Sophie dropped a major bombshell.

“I am really happy Kev, I’m also divorced,” she said, noting that her marriage was over for “a while” before she and her ex-husband split.

Back at the hotel, Kevin and Sophie went up to his room together where they started to kiss. After he mentioned that her hair still smells the same after all these years, she stopped them from going any further noting that she had no intentions of going backwards in her life.

Who Is Kevin’s Future Wife on ‘This Is Us’? Everything We Know So Far

“I can’t do this,” Sophie told him. “I’m never going to be able to fast-forward through you. That’s the kind of hold you have on me Kevin. That’s how much I have carried you with me. … It’s too much.”

Once Sophie went to her own room — leaving her bra in Kevin’s — he went to the hotel bar and chatted briefly with Arielle. Nothing romantic happened between them. However, she gave Kevin song lyrics that she had written about him on a napkin, which was the love letter Beth and Madison had found.

On his way back to his room, Kevin told Uncle Nicky (Griffin Dunne) that he’s “done with love.” At that moment, Cassidy interrupted them as she needed help getting her dress unzipped, which was how her shawl got left in his room. Kevin brought up the possibility of them getting together romantically, but she shut him down.

“You’re not my person and I’m not yours and you know that,” Cassidy said. He agreed.

During the actual wedding day, both Kevin and Sophie looked sullen following the events of the previous evening. After a conversation with Randall, he went to talk with her. This time, Sophie stopped Kevin from giving a dramatic speech and instead delivered one of her own.

“You’re finally the man that I always knew you possibly could be,” she said, noting that they were finally “in the right place at the right time.”

Tearful Sendoff! ‘This Is Us’Cast Gets Emotional About Saying Goodbye

A flashback scene revealed that a young Kevin wrote Sophie a Valentine’s Day card on her first day at his elementary school. Back in the present, Kevin pulled the card out of his wallet.

“I’ve always carried you with me Soph,” he said before they shared a kiss.