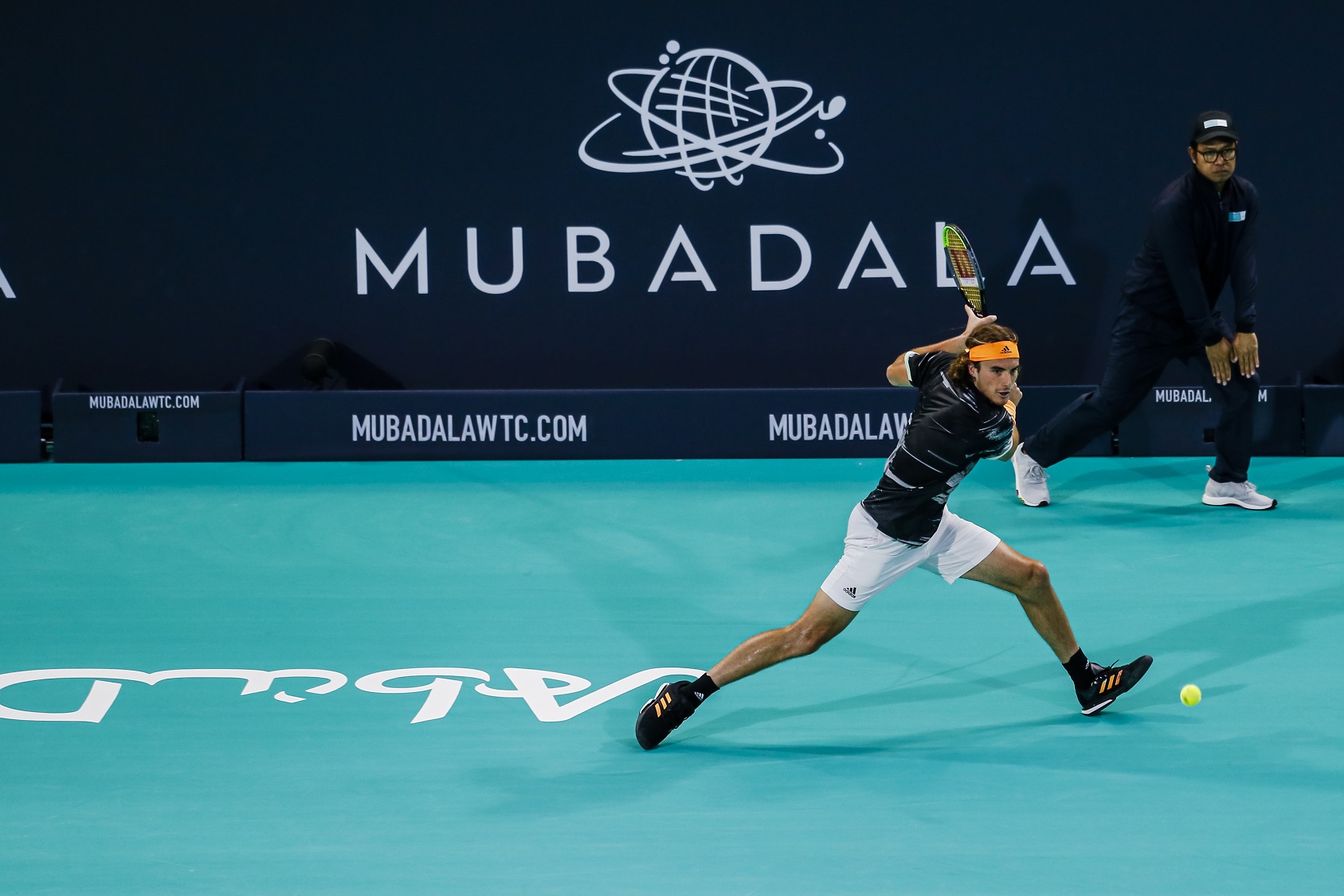 Fan favourite Stefanos Tsitsipas is returning to Abu Dhabi for the 14th edition of the Mubadala World Tennis Championship. The 2021French Open finalist, who was a hit during his first appearance in the UAE capital in 2019,completes the star-studded line-up for this year’s hotly anticipated event, which runs from December16-18 at the International Tennis Centre, Zayed Sports City, in Abu Dhabi.

The Greek ace, who has nine ATP singles titles to his name, made an instant impression on Mubadala Tennis Championship fans on his tournament debut in 2019, playing his part in a memorable final with Rafael Nadal, which ended 6-7 (3), 7-5, 7-6 (3) in Nadal’s favour. He returns to the UAE capital looking to go one better.

“The Mubadala World Tennis Championship in 2019 was an incredible experience and I’m happy to be returning to Abu Dhabi,” said Tsitsipas, “I still cherish the love and support my fans there showed me and I’m looking forward to a wonderful time this year as well. Hopefully, I can leave this time with the trophy.”

Tsitsipas became the highest-ranked Greek player in history when he climbed to World No.3 on the ATP rankings in August 2021, in a year where he reached his first Grand Slam final at the French Open. He has also reached the semi-finals of the Australian Open three times in 2019, 2021 and earlier this year.

“I want to reiterate that getting the greatest players in the world to play in Abu Dhabi is always our top priority; Stefanos is another of the next generation of players emerging in the race for the No.1 slot on the ATP Tour” said John Lickrish, CEO, Flash Entertainment. “Stefanos Tsitsipas is, without a doubt, one of the most promising young stars in tennis having already accomplished so much despite being only 24. He won plenty of admirers when he reached the final here in 2019 and I’m sure the fans will love seeing him showcase his skills in Abu Dhabi once again.”

Tsitsipaswill join World No.1 Carlos Alcaraz, World No.4 Casper Ruud, defendingchampionAndrey Rublev,2022 US Open semi-finalist Frances Tiafoe, and Britain’s No.1 male tennis player Cameron Norrie in the men’s event.Ons Jabeur, the two-time 2022 Grand Slam finalist and World No.2, will look to defend her MWTC title against 2021 US Open Champion and British No.1 Emma Raducanu in an exciting women’s match on Day One.

In addition to the top-level tennis on court, the 14th edition of the Arabian Gulf’s leading tennis experience will also bring its traditional mix of festive fun, interactive activities, and player meet and greets.

Tickets start from AED 95 for adults and AED 45 for children and can be purchased on the event’s official website www.mubadalawtc.com. Select three-day packages offer a 20 per cent saving, guaranteeing spectators a seat for the entire championship. Premier Hospitality tickets also offer fans a premium F&B menu and courtside seating with prime viewing, while group purchases of 15 or more tickets can access a 15 per cent discount by calling 800 86 823 or emailing customerservice@ticketmaster.ae.