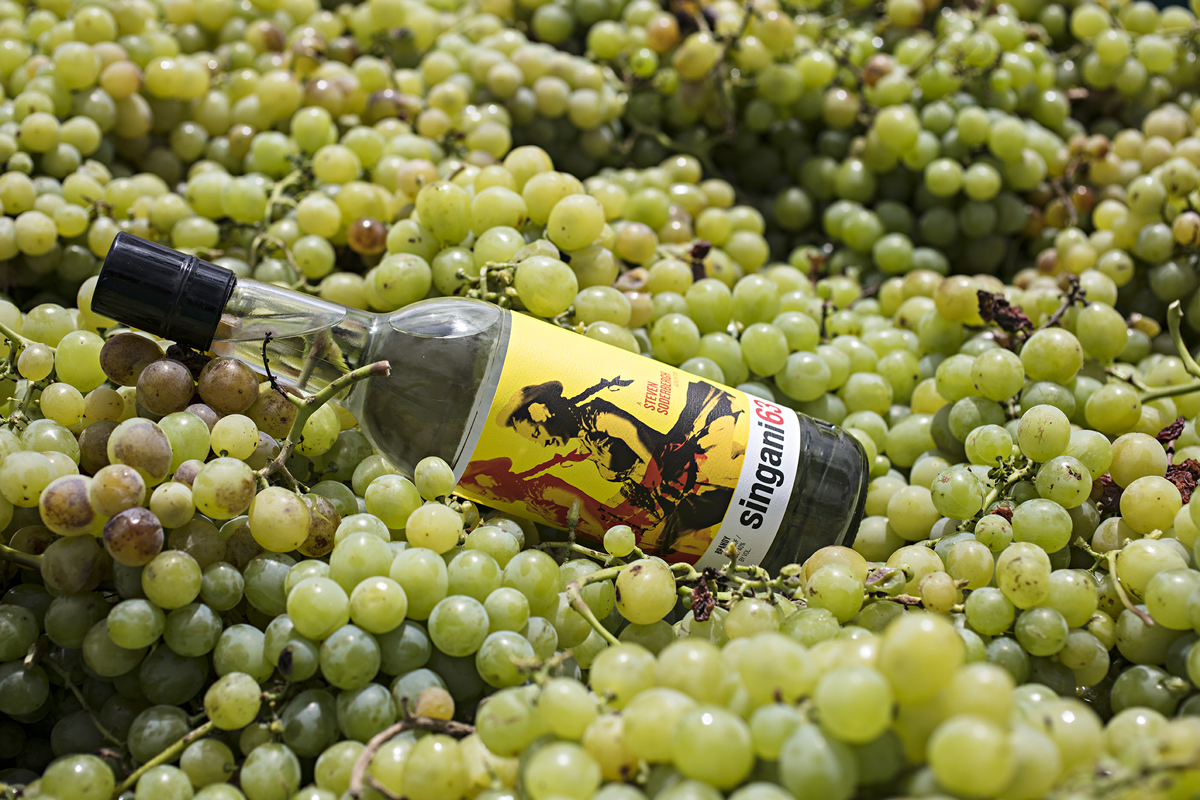 It was love at first sip for Steven Soderbergh. While filming the movie Che, Oscar-winning Director Steven Soderbergh fell in love with Bolivia’s 500 year old National Spirit made from the Muscat of Alexandria grape grown at high altitude in the Bolivian Andes.

Before Soderbergh decided to import it to the US, it had never been out of the land-locked Bolivia.  And now it can be yours on GrapeStars.com.

Singani s loved by some of the country’s top mixologists for its versatility.  In terrain so high most gringos would either pass out or feel as though they had barbed wire wrapped around their heads, the white Muscat of Alexandria grapes are grown, harvested, and distilled into Singani 63, the national drink of Bolivia. It’s been this way since 1530 when Spanish missionaries brought grapevines to the Bolivian Andes so they could party on the road.

Nearly half a millennium later Singani 63 would be given Domain of Origin AND Geographical Indication status. And when Steven Soderbergh got turned on to Singani 63 while making the movie Che, he decided he would bring it to the U.S. even if it meant he might end up drinking his entire inventory himself.

Soderbergh’s career has long been marked with commercial successes, with Sex, Lies and Videotape, Erin Brockovich, Traffic and the Ocean Eleven’s Triology reboot among his many acclaimed directorial hits. With a career so celebrated, Soderbergh has just about seen and experienced it all, which is why his passion to bring Singani 63 to the masses means you should probably get your hands on this must-have as a perfect way to toast to the holidays.

Singani 63 is a versatile clear spirit that can be used in almost any cocktail replacing the “traditional” spirit adding more flavor and dimension. Get yours today on GrapeStars.com.

0 comments on “Steven Soderbergh Fell In Love With Singani 63 and Thanks to GrapeStars, You Will Too”