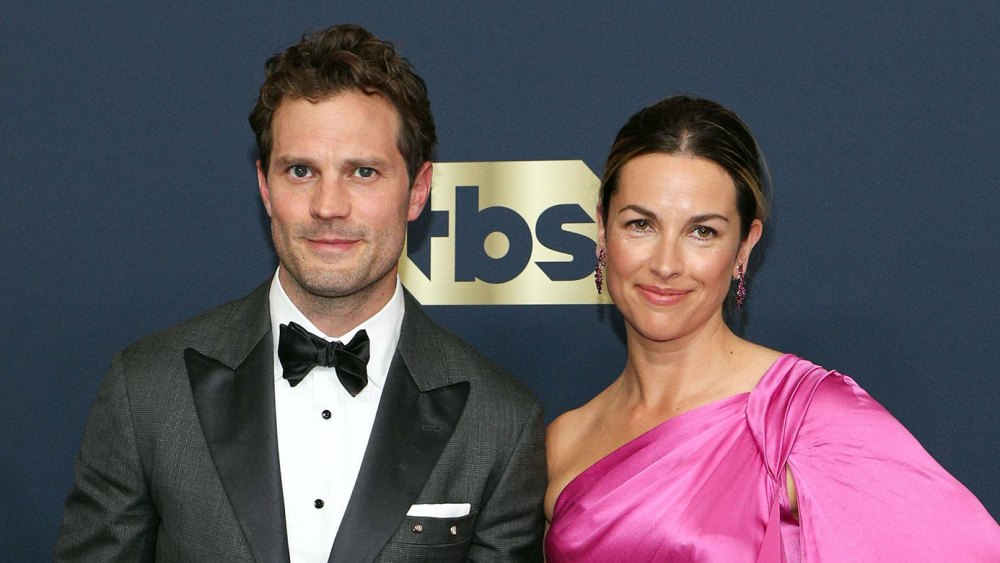 A private romance! Jamie Dornan and wife Amelia Warner keep their love out of the spotlight — but they’re still going strong.

The Fifty Shades of Grey star and the musician began dating in 2010 and tied the knot three years later. Their first child, Dulcie, was born in November 2013, with daughter Elva joining the family in February 2016.

Us Weekly confirmed in October 2018 that the twosome were expecting a third baby. Dornan raved over his fatherhood journey weeks prior, telling The Sunday Times, “Being a dad is the best. I feel a healthy and lovely duty to provide for my kids, and I really like it. It suits me. Making my kids happy is a good thing for my wife and me to be driven by.”

He went on to reveal that he and Warner only had one major argument up until that point in their relationship, gushing, “There’s never a day that I don’t tell her I love her. … We get frustrated at times, usually when traveling with the kids, but we’d never let anything boil and become a thing. We know couples who are plate-throwers, but that’s just not us. I’m glad it’s not us — plates are expensive.”

Before the composer gave birth to daughter No. 3 in early 2019, the Belfast actor exclusively told Us that the thrill of welcoming a child never faded. “It’s the best aspect of our lives,” he said at the October 2018 premiere of his movie A Private War. “I’m just as excited as I was the first two times.”

Dornan filmed the war drama in Jordan, and he missed his little ones while he was away from home. “We were working 16-hour days a lot of times,” he told Us. “You just focused on work. It made it a little more bearable.”

When it comes to expanding their family further, Dornan and Warner didn’t have a concrete plan. “Part of me feels like [I need] to put a cork in it after this,” he said on Jimmy Kimmel Live! following the pair’s third pregnancy reveal. “But then alternatively, I feel like we make really great kids. I may just — if my wife’s willing — do it until we can’t do it anymore.”

Like many parents, the duo had to adjust to being home with their little ones 24/7 during the coronavirus pandemic. While discussing his family life in December 2020, the Fall alum said the lockdown was “challenging” and “fun” at the same time.

“Kids are amazing, ’cause they truly live in the moment,” he explained on The Tonight Show Starring Jimmy Fallon. “So they’re not concerned about what’s happening and why the world is the way it is at this age. You know, they’re just [thinking], ‘This is what we have now, let’s have fun.’ So that’s a great thing to be around.”

While parenting can be full of highs and lows, Dornan’s love for Warner has never wavered. “I was smitten from the start, I really was,” he told The Independent in 2015. “I’m more in love with her today than I was at the start.”

Scroll down to relive the pair’s path to romance: