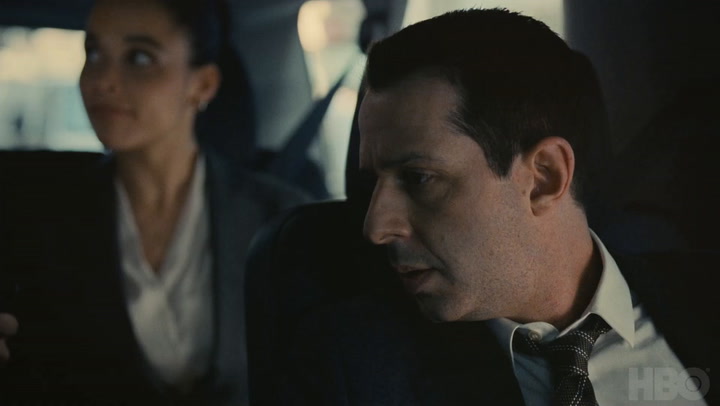 Sarah Snook, who plays Shiv Roy on the HBO series, secretly tied the knot in February 2021. She revealed eight months later that the COVID-19 pandemic helped her realize that her best friend, comedian Dave Lawson, was her soul mate.

“At the beginning of the pandemic last year, I got locked down in Melbourne with one of my best mates and we fell in love,” the Aussie actress told Vogue Australia in October 2021. “We’ve been friends since 2014, lived together, travelled together, always excited to see each other, but totally platonic. We’ve just never been single at the same time. I proposed and we got married in February in my backyard.”

While Snook is somewhat of a newlywed herself, many of her cast mates have long been off the market. Matthew Macfadyen — who plays Tom Wambsgans on Succession — was married long before the HBO series was even a thought. He and actress Keeley Hawes wed in November 2004. They share daughter Maggie and son Ralph, who were born in December 2004 and in September 2005, respectively.

Hawes, who also welcomed son Myles in April 2000 amid her marriage to Spencer McCallum, explained that a happy marriage takes a lot of effort.

“You have to work at it,” she told You magazine in May 2019, when speaking about her romance with Macfadyen. “We still fill up the dishwasher and put a wash on — that’s life — but you also have to make the effort to be romantic. When life takes over, going out to dinner together isn’t top of your list, but before you know it, the children are older and around less and you’re sort of back together again. I couldn’t love him more. It helps that he’s the nicest man in the world.”

Hawes also knew about the Pride and Prejudice actor’s quirky side long before the Roy family was drawing in millions of viewers each week. “People are seeing this side of him and going, ‘Wow, he’s so funny … and so weird …’ and I’m like, ‘Yeah, well, I know,’” she said.

Of course, the entire cast isn’t loved up yet. Nicholas Braun, who plays cousin Greg on Succession, told the New York Times in October 2021, “I haven’t really been in a long-term relationship, ever.”

He said he’s “fascinated by romance and courting another human” since it’s so unfamiliar to him. “I do yearn for it and yet I’m incapable of it,” Braun added. “I go toward it and then I hit a wall where I’m like, I can’t go farther into this. I’ve got to exit.”

Take a look back at all the Succession cast‘s dating histories below:

0 comments on “‘Succession’ Cast’s Dating Histories Through the Years: Photos”