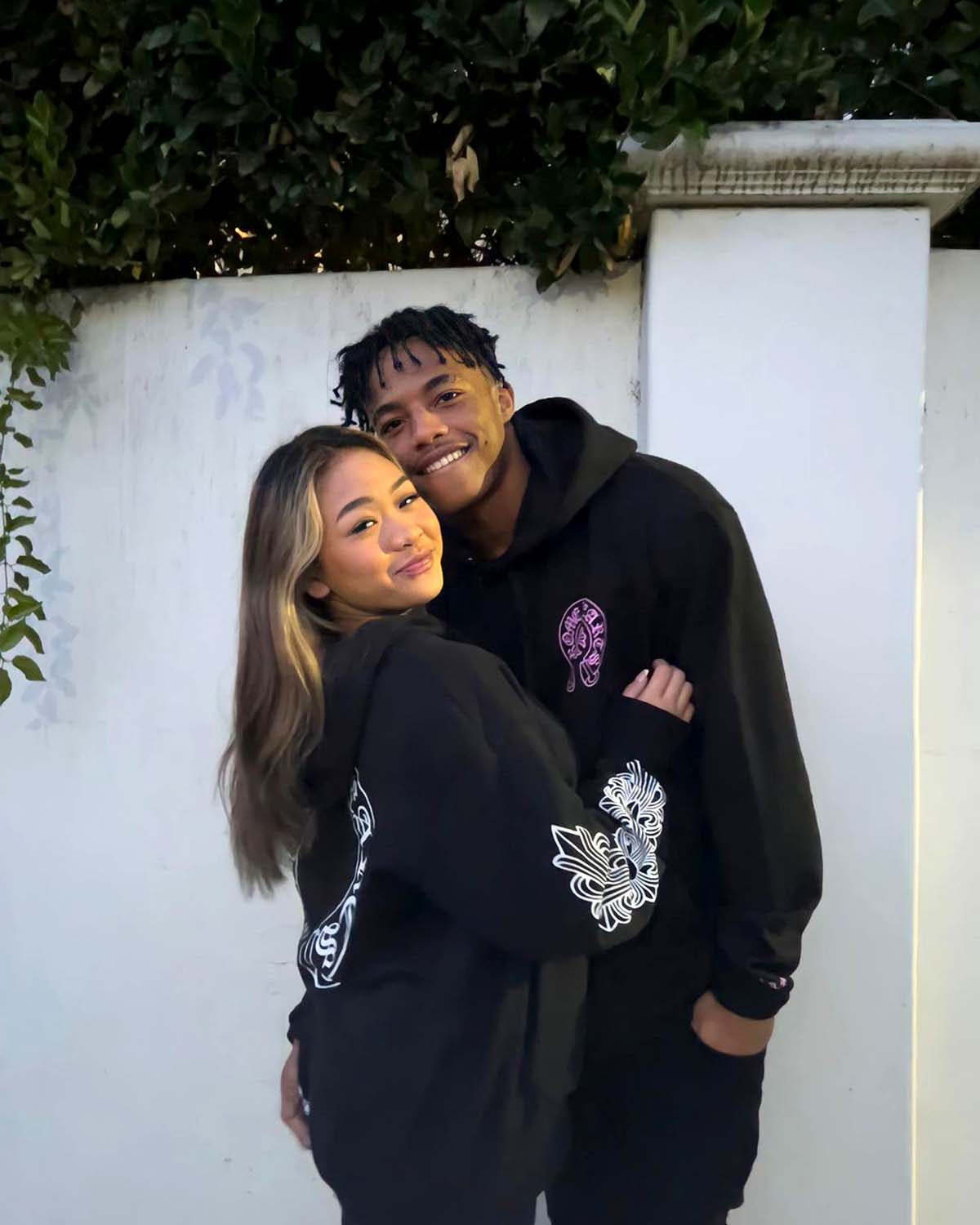 Speaking out. Suni Lee opened up about receiving backlash over her interracial relationship with boyfriend Jaylin Smith.

“I know that Sunisa will be judged by certain eyes in the Hmong Community because her man is Black,” a TikTok user captioned a Thursday, December 30, video in support of the couple. “LOVE is LOVE, no matter what race or gender you are. Keep doing you QUEEN.”

The Olympian, 18, then got real about the harsh comments she has endured. “This makes me so happy,” she responded in the comments section. “I’ve received so much hate

they support me when it’s beneficial for them never when it comes to my happiness. Thank you!”

Celebs Fight Back on Social Media

Lee made her romance with Smith — a football player at the University of Southern California — Instagram official in December 2021. (She is also a college student, attending Auburn University in Alabama.)

One month earlier, the Dancing With the Stars season 30 alum detailed her experience as the victim of a racially charged attack during a night out with friends — all of whom were of Asian descent — in Los Angeles. She claimed that a group of people shouted racist slurs and told them to “go back to where they came from,” adding that one of the alleged offenders hit her with pepper spray.

“I was so mad, but there was nothing I could do or control because they skirted off,” she told PopSugar in November 2021. “I didn’t do anything to them, and having the reputation, it’s so hard because I didn’t want to do anything that could get me into trouble. I just let it happen.”

Olympic Athletes: Where Are They Now?

Lee made history at the Tokyo Olympics in July 2021 by becoming the first Hmong American gymnast to compete for Team USA. After winning three medals — including gold in the women’s individual all-around — at the Games, she felt the scrutiny that comes with being in the spotlight.

“I have all of these expectations on me,” she told the outlet at the time. “On top of that, I put a lot of pressure on myself, so it’s kind of scary.”

That same month, the athlete elaborated on the difficulties of balancing fame and her personal life.

“Mental health is definitely a very sensitive topic for me because it’s hard for me to speak out about anything because I feel like just the whole world is watching me right now,” she told Us Weekly in November 2021. “If I say the wrong thing, people will be like, ‘Oh, she’s just doing it for attention,’ [and] all this stuff. So it’s definitely very hard, but there’s just so much that a lot of people don’t know about, which makes it really difficult when I have to go on social media and see bad comments about myself or people just talking bad about me.”